Growing Up: The Story of a Pink Teen 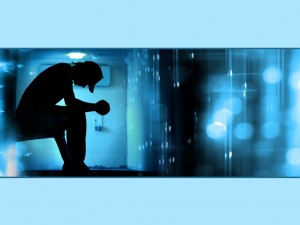 Abhishek Divyam narrates his experience of growing up as a gay teen, from being bullied in school to being taken advantage of by lustful men caring little about his emotions or pains

Growing up was never easy. But it was great. I still cry sometimes, thinking of the times I was bullied and abused, but I guess I can grow past that one day. Here is my story, and probably the story of so many other gay teens who are suffering at every moment.

I was born, sadly to those orthodox Hindu families where God was the answer to every question, and the justification for every action. I grew up fearing God, because I was told God hated those who “sin”. Life was good, till I turned 10, puberty peeped in and all the hell was let loose. I knew I was different, and soon I came to know that I was gay. It isn’t easy, being different in middle school. It is actually the worst thing you can ever ask for. The non-stop bullying and teasing made my life hell. I never told anyone that I was gay but the boys of my class refused to befriend me because I was “different”.

Every night I cried myself to sleep, for I knew the next morning I would have to go to school and get bullied again. My seniors would throw away my lunch and push me around, and many would call me a “chakka”. But I never could tell my parents. So I grew up alone. I needed someone to talk to, but I was scared. Scared to trust anyone. The passing away of my father when I was 13 made things worse for me.

So I turned to the virtual world, joining Orkut and Facebook, hoping to find a friend who would understand me. Initially, most people refused to talk to me, because I was “too young” or I didn’t have my pictures uploaded. But some people lingered on, of them, most were hoping to fulfill their twink fantasies. Sadly, I was neither too slim nor smooth like the gay boys you see on TV. So they left too. I soon realised that there were more penises in the world ready to screw me than there were people to understand me. And I learnt it the hard way. I always dreamt of my “first time sex”- with my boyfriend, on a rainy night. But instead I lost my virginity when I was 13 to a stranger who forced me into his bed, and paid no heeds to my cries and pleas. I had my share of dark memories- of being forced by men to do stuffs that I didn’t ask for. It wasn’t the pain that I protested, it was the injuries to my conscience. It was the guilt of what I had become. I spent nights crying and contemplating suicide. Going to sleep and never waking up again to face the world was all I wanted. My biggest fear was that I would get AIDS and my mother would know about what I did.

All I ever wanted was someone to talk to, but instead I got dragged away into the darkest side of the sexual world. Today I feel disgusted how some people assume that just because you are gay, you are a sex toy to be used. I feel repulsed by the fact that some men would not care even if they screwed a 14 years old boy. “I was gay” -That was their justification!  It took me time, a pretty long time, accepting myself for what I was.

I realized that gay kids like me don’t have much of a choice in this world. Most of us are bullied and harassed in school, lot of us fall prey to pervert pedophiles and some give in and commit suicide.I think the worst aspect of growing up as a homosexual teen is the emotional isolation. Life really gets confusing when you have no one to talk to.

So I read and I watched and I did everything to gather more information about the LGBT world and homosexuality. Soon I found haven in the Anti- Bullying pages on Facebook. I talked to a few people there, and told them everything. They comforted me and helped me grow out of my depression. Just having someone to listen to me helped me a lot. Even though the bullying still continues, and I still get beaten up sometimes for being “different”, I have become more optimistic. I know things will change for me,someday. And most of all, I have become stronger and wiser. At least now no pervert can drag me to bed, promising love and inflicting pain. The memories of men forcing me to engage in acts of sex, telling me that this was what being gay meant are still fresh and haunt me but I have grown, not much in years, but a lot in min; and I have made some awesome friends and I am grateful that I didn’t give in and commit suicide. Finally, despite all the hate that I face at school, I have learnt to be happy of what I am. I am 16, I am gay, I am proud but I am not a sex starved kid!

I am not very good with words, but I write this with the hope that the boys who read it don’t make the same mistakes that I did. To my friends, who are still abused and bullied for their sexuality, just remember, there will always be people who would want to use you because of your age, and there will always be bullies and haters. But things get better. I know they will. Don’t give in. Be proud and be strong and keep going on because I think the world is indeed a beautiful place, if we give it a little time.