Are you a Homophobe?

To greater or lesser degrees, various forms of homophobia are practised in most societies across the globe. It’s a universal phenomenon. From first-hand observation, the author assures readers that homophobia occurs in each and every one of Nepal’s religious, ethnic and linguistic communities.

“What is this homophobia,” you may ask? It’s a broad term that refers to a range of irrational, negative, and frequently hostile attitudes, beliefs, feelings, and behaviours which some people express toward homosexuality, the innate natural sexual and physical attraction that a minority of men (who are popularly described as “gay”) have towards other men and women (who are popularly described as “lesbian”) have towards other women. Homophobia may also be directed to people who identify themselves – or are perceived by others – as being bisexual (with both same-sex and opposite-sex attraction) or transgender (men who seek to live as women or women who seek to live as men).

Homophobia is one of countless twentieth-century neologisms that English-speaking nations have introduced to their language. This relatively modern word is a compound that derives from the language of Greek antiquity in which “homo” means “same” (such as in “homogenous”, which refers to similar objects) and “phobia” means “fear” (such as in “claustrophobia”, which refers to a fear of confined spaces).

In short, “homophobia” has come to mean an antipathy, aversion, contempt, fear, hatred or prejudice that is directed particularly to persons who are attracted to other members of the same sex. Accordingly, a person who actively practices or promotes homophobia is clinically described as a “homophobe”. As homophobia and homophobes imply an irrational fear of homosexual people and practices, it is overwhelmingly an emotional response that is neither inherently logical nor one which corresponds with relevant facts. A second characteristic that often accompanies the irrational fear is verbal ridicule, abuse and similar vilification directed at homosexual people. Another facet of homophobia is physical violence inflicted not just on known homosexual people but even on people whom homophobes merely suspect of being homosexual. For these reasons, homophobia is very often termed as a psychological or social neurosis.

Is Homophobia a Neurosis?

Although modern medicine no longer defines homosexuality (i.e. same-sex attraction) as a clinical disorder or disease, its classification of homophobia as pathology is a paradox that homophobes persistently fail to grasp. Homophobia finds expression at various levels, the main type being institutionalized homophobia of which there are subcategories the first of which is religious homophobia.

The “sin” theory is a prime example of religiously inspired homophobia: this theory mostly focuses on sacred texts which underpin major global religions. For example, the Judeo-Christian Bible documents some of the earliest taboos on homosexuality such as the admonitions which Book of Leviticus lists. Likewise, Islam’s Koran, where same-sex behaviours are mentioned, condemns these as a grave sin and punishable acts.

By contrast, Hindu scriptures refer to a “third gender” which is not only associated historically with pariah castes but is also irrelevant to contemporary science and scholarship affecting same-sex orientation. As Nepal is overwhelmingly Hindu, there is huge pressure, if not coercion, for each and every male to marry (endogenously to caste) and reproduce, thereby ensuring that the family lineage (and caste community) continues. The “sin” in this case is to defy a custom rooted in time and anchored to religion. While Hindu scriptures may not shed much light on the issue of whether or not Hinduism is tolerant of homosexuality, the fact that the vast majority of swamis are not only opposed, but are also openly hostile, to any normative recognition of same-sex relations is an indication of the degree of spiritual condemnation that everyday contemporary Hinduism attaches to homosexuality.

Homosexuality first appeared as a diagnostic category within the first edition of the Diagnostic and Statistical Manual of Mental Disorders (DSM) which the American Psychiatric Association compiled and published in 1952. As the case supporting “homosexuality” as a psychiatric disorder progressively collapsed, it’s equally understandable that, within a short span of 21 years, American psychiatrists were only too willing to erase it from their lexicon of psychopathologies. This erasure, however, hardly compensated countless LGBTIQ men and women (may be only two percent of America’s adult population) who had previously suffered discrimination, punishment, vilification, self-harm and isolation in the name of conventional (though flawed) medicine.

The World Health Organization (WHO) coins “violence” as “the intentional use of physical force or power, threatened or actual, against oneself, another person, or against a group or community, that either results in – or has a high likelihood of resulting in – injury, death, psychological harm, mal-development, or deprivation”. Violence can be “physical”, “sexual”, “psychological” and “verbal” abuse which entails a significant misuse of power arising from a dependent relationship, threats, intimidation, neglect and invisibility. Outcomes of violence are not only broader than physical injury, disability or death they collectively concern the social and cultural, individual and religious sectors, not just the police and judiciary.

In front line on-the-street research which I have, at different times, completed in Dhaka in Bangladesh and here in Kathmandu, I have observed at first hand the sheer ferocity of physical violence that homophobic police and city lowlifes delight in meting out to LGBTQ men in particular. In compiling horrific life-stories of LGBTQ people (mainly men) in these same cities, I discovered that family or caste members were among those who – either directly or indirectly – inflicted the worst homophobic violence.

I can’t sufficiently stress the enormity of psychological threat which same-sex attraction poses for some adult men, as well as for some women. This threat so engulfs the minds of able-bodied men, who otherwise regard themselves as upright citizens and paragons of civic and religious virtue, that they feel compelled to mount frenzied pack attacks on lone defenceless males whom they know – or just suspect – are homosexual. The depth of their savagery and depravity easily compares with that which pack rapists inflicted on their female victim whom they leave not only with multiple injuries but also very often for dead.

Homophobic violence is by no means confined to Kathmandu and Dhaka. It can be just as strident in highly democratized developed countries. Thus, according to the 2010 Hate Crimes Statistics released by the American FBI National Press Office, 19.3 percent of hate crimes across the United States “were motivated by a sexual orientation biases”. Moreover, the Southern Poverty Law Centre 2010 Intelligence Report, which extrapolated data over fourteen years (1995–2008), found that LGBTIQ people were “far more likely than any other minority group in the United States to be victimized by violent hate crime”. 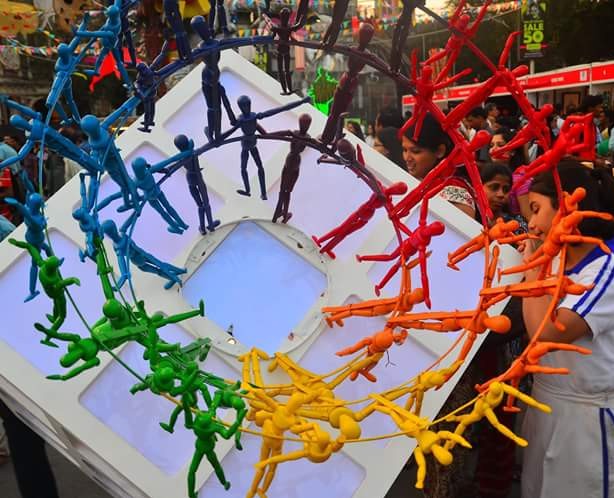 Over the past decade, minority people – including sexual minorities -who are part of Nepal’s nascent democracy continue to challenge the state for recognition of their rights. As modern “online” Nepal has limitless access to published science and scholarship concerning humanity and the diversity of its behaviour, our country’s political leaders have unprecedented opportunities in which to create and promote inclusive humane policies that can ensure future generations of Nepalese can look forward to an optimistic harmonious society free of oppression, intolerance and apartheid.

If we are truly honest with ourselves, we might realise that somewhere within our family circle and networks of friends, there is someone who is either lesbian or gay or bisexual, transsexual, intersex or queer. If we genuinely value the family as a foundation unit of society, then tolerance and respect for differences should start right there. Accordingly, in the context of family life, care should be taken to avoid and prevent discussion and conversation that may negate or violate the ultimate right of LGBTIQ people to humane and dignified citizenship. Similarly, the country’s government departments and universities, which should (in theory) be serving as exemplars to the rest of Nepal, policymakers should jointly form a commission of experts that can help produce policies and practices which allows members of sexual minorities to prosper and pursue their lives on an equal par with the wider heterosexual community.

Compared to other Asian developing nations, Nepal has made progress in formulating policies which can extend civil rights to sexual minorities. Ethnic and indigenous minorities’ movements have indirectly helped this process. More recently, enlightened Maoist and UML members have recognized the merits of LGBTIQ activism. The Maoist policy on delivering justice towards minorities is a major highlight of their political leadership. UML and their members’ are highly entrenched in Government and non-government sectors and have been addressing marriage equality to put forward in the current coalition government for consideration.

The position under Nepal’s new coalition government is that the limited but positive progress that the country’s LGBTIQ activists have achieved appears stalled. If they are unable to adopt a more vigorously progressive approach that ensures civil recognition of minorities and their rights to coexist in a plural society (as Nepal now is), our country will simply degenerate and fragment. A resurgence of homophobia, together with a commensurable proliferation of homophobic people, will form part of this political regression. When you next cast your vote in a national election, think carefully how such a trend will impact you and those you care about.