“What good is a belief that causes people to be afraid of seeing and acknowledging the truth?”
– The Carpet Weaver by Nemat Sadat

Nemat Sadat, a persona non grata in his own native country Afghanistan is the first Afghan to openly come out as gay and campaign for LGBTQIA rights. The interesting fact about Nemat is that even though he spent most of his younger life in a Western Country, outside the influence of Taliban that was sweeping slowly in the roots of Afghanistan, the conservatism of the Islamic society kept him in fetters to openly come out to himself and accept that he was gay until 23, which in his words was a liberating moment. There was no looking back after that, even though it meant putting his own life at stake at such a young age; and his debut novel is nothing but a ballad about love in the neck of woods filled of hate and despair for their forbidden love.

The book in my interpretation dwells into 3 aspects. First is the tale of forbidden love, which was turned down over 400 times before being published by Penguin Random House India. The book is a captivating journey of a teenage gay boy Kanishka Nurzada who falls in love with his apparently bisexual friend Maihan, but at the same time lives in a country where being kuni (gay) could invite death. The nation too is on the verge of political chaos, where the dry wind blows taking away much of the liberalism and progressive approach from the minds of Afghans. Amidst such a background their forbidden love blooms and bleeds with the passage of time and is tested on numerous occasions, along with the radical approach of Islam and communism sowing seeds of hatred in the minds of younger generation, which turns hostile towards the love of Kanishka and Maihan. Both of them belong to a high society family – Kanishka hails from the family of a leading carpet seller and a leader of Afghanistan’s Maoist movement and Maihan’s father is a high ranking diplomat – and their love story must be kept secret for the same reason too.

The Carpet Weaver is not just about the love of Kanishka and Maihan, rather the book dwells much into the political situations unfolding in Afghanistan around late 70s and early 80s. The regime of Daoud has ended with the Saur Revolution, Taliban is taking over Kabul, minor yet scattered rebellious groups are protesting against the communist government, and all this is making a once blooming Afghanistan a bleeding country with a seemingly never ending civil war. The book also comparatively looks into the situation of kuniha who were only ridiculed earlier but with the tensions of political uprisings and radicalism, are being subjected to a more hostile treatment. The liberalism and secularism which is reflected in numerous instances is gone with the wind and a new wave of jingoism, Islamisation is settling in the minds of Afghans.

The third aspect that the book deals with is the purity of friendship between Kanishka, Maihan and Faiz, which is a hidden, beautiful and tragic aspect of the story. Their friendship is like a roller coaster ride and though everyone is on a different seat, yet they are on the same ride going down and coming up at the same time.

Nemat portrays an Afghanistan that no one today has heard of – a country where people drank wine, held parties, of a time when religious conservatism had yet not taken over. Since 9/11 the only portrayal of the country had been one that’s ruled by Taliban, of people that need to be liberated from the clutches of hardcore extremists. Nemat’s book is a refreshing change and provides a glimpse into what Afghanistan was like.

The Carpet Weaver has a more deeper meaning than one expects while reading the novel, totally justifying its title. Nemat has weaved words bewitchingly, showcasing the life of a Kuni in a romanticized way. The book is also in the search of Kanishka as an individualistic gay personality embarking his journey  from 1977-1984 in 3 phases and the intriguing proximity of Nemat Sadat and Kanishka Nurzada entices the reader to know more about the historical fiction of Afghanistan with the ultimate quest to find out if the passionate forbidden  love of Kanishka for Maihan will bloom or bleed?

This post has been updated for some factual corrections 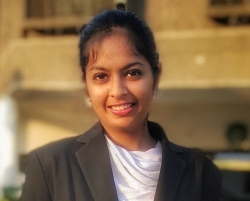 Rashmeet Kaur, is a 4th year BA(LLB)student in Aligarh Muslim University. She loves to read, and has her own youtube channel called Kitabibuli ladki where she narrates her own write ups and does book reviews. She can be reached via instagram at @kitabibuli, or via email at humanfirstrashmeet@gmail.com