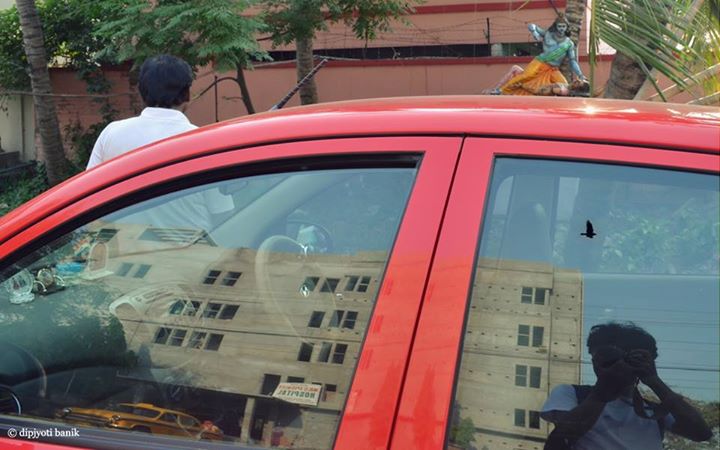 Read the First and Second Part of this story

Vasu started coming up to my flat regularly, but still only if I called him to go some place – shopping or a weekend office event and so on. When he drove me home, he would come up to my flat, making himself at home. We would watch TV together: cricket or some English movie, snacking on something I had gotten at the store or a chaat he thought I needed to try. Once he brought chilli bajjis, which he had picked up on the way home, and he marvelled I could eat them so easily. He joked that because I had been in Bangalore for five years, I was becoming Indian. He said I already had the South Indian head nod mastered.

When he teased me, he always touched me: pushing my chest, pinching my arm or hitting my leg. I looked forward to his teasing. And when I teased him, I tried touching him too – poking his side, thumping his shoulder. He seemed to enjoy the contact. I didn’t push my luck, wondering where this was headed, just how much he understood from my feelings which I was sure were written plainly on my face every time we touched.

When he was in my flat, he called me Scott; when we were in the cab, he didn’t call me anything, as if he was confused himself over where this relationship stood.

Sometimes he fell asleep when he visited my flat. I knew he worked hard, sometimes driving long hours or waiting for hours for clients. During the week and even some weekends, he was not always available, having been hired for out-station trips by businessmen or regular clients who appreciated his safe driving and conscientious work habits.

When he fell asleep, it was always on the couch, his head on my leg, his body abandoned to sleep. If he felt my caresses on his face, my hand on his chest, he never gave a hint. On the one hand, it was torture for me. Every fibre of my being wanted to meld with him, make love to him, taste him, share him. But I couldn’t make the first move – somehow I just couldn’t bring myself to do it. What if this was not leading where it seemed to lead? What if he didn’t want anything past just this level of intimacy?

Homosexuality was still mostly taboo in India, despite the law making it illegal recently being thrown out. Now, section 377 was being bandied about in the courts, and India’s LGBT community had taken to the streets in protest.  Also men often shared closeness in India that in my native country might mean they were gay, but which in India didn’t mean anything of the sort. How many times had I seen colleagues who I knew were straight holding hands as they walked down the office corridor?

I was too afraid to lose his friendship to make the first move.  I enjoyed his company on the weekends, even if he was shouting at cricket and teasing me. I especially enjoyed his naps, even if they were torture to my desires.

When I expressed a need to get away from the city and relax, it was Vasu who suggested a vacation in a resort some five hours drive from Bangalore. The season for staying at resorts was almost over, the summer heat just around the corner, so it would be less crowded. Vasu said he knew of a resort called The Green Getaway, nestled inside the national forest in the neighboring state. He said he could be my driver for an entire week if I wanted to get away because his usual clients were either out of station or otherwise didn’t need him. It sounded perfect.

The big day arrived. I had already contacted the resort, booked a jungle shack and planned activities to do to just relax and forget the tension of work. It was my assumption that Vasu would come with me not just as my driver, but as my friend as well.

The drive to the resort was fun. We chatted as he drove. We stopped at places he knew along the way for lunch, for coconut water and snacks. The weather was perfect: not too hot, not too chilly, sunny and breezy. As we approached the forested areas, we saw deer and birds, stopping to take pictures with our mobile phones. 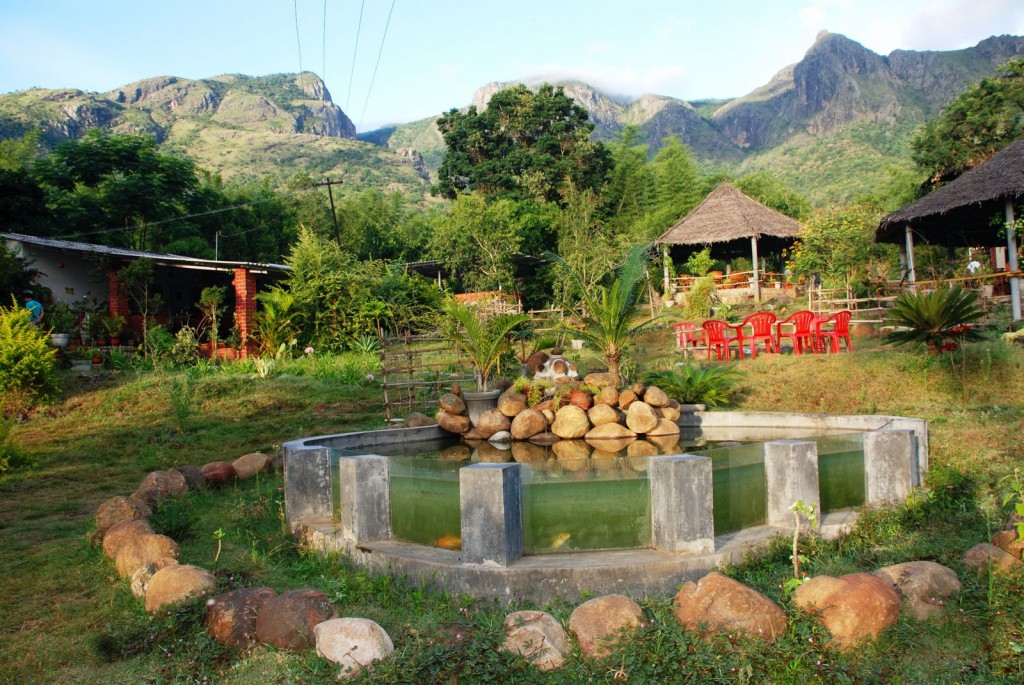 The resort was located at the end of a bumpy, hilly drive that gradually wound lower and lower until we found ourselves in a clearing dotted with a handful of shacks and the welcome centre, the forest a dark green blur in the distance. The ghats loomed high above us, speckled brown due to no rain.

As soon as we pulled up and got out, a change came over Vasu. He actually called me sir in front of the resort manager; he carried my bag and left his own in the van, asking the manager where he should park.

His behaviour instantly communicated to the manager a lower status, and the manager spoke accordingly. He told me there was a driver’s facility where Vasu could sleep and get food. It was instantly assumed that Vasu was hired to drive me and was not a friend of mine.

To say that I was confused over this shift would be an understatement. Suddenly Vasu was not meeting my eyes. He shuffled off to park the van, telling me to call him if I needed anything. His receding back told me that saying I needed him was out of the question.

I was tired from the trip. I ate, and asked the manager to make sure Vasu also got food. He said the kitchen had already served the staff and that the driver would have eaten with the staff, had we come sooner. I told him I didn’t care. I was aware that my voice was rising as I told him to give my driver food.

My driver. I hated how that sounded. I had always been uncomfortable with class divides. In the US, people were also divided across classes, but less rigidly than in India. More than any time, I hated that divide now. I wanted Vasu with me, enjoying this time that he deserved as much as I did.

Was his sudden reticence his way of saying he didn’t want this intimacy, even though we had been so close over the past weeks it sometimes hurt? Was he again concerned with appearances, knowing that the staff might talk about him if he was too familiar with me?

I listened as the manager rattled off the activities I had at my disposal: a nature walk, the nightly bonfire, night safari on the resort grounds, an exercise room etc.  He said my bag had been sent to the shack, and I could go check the room if I was ready.

The room was perfect – a big bed dominating the space, the bathroom nearly as big with a shower and water heater. When the boy who handed me the keys left, I was surrounded by the sounds of nature. Birds called repeatedly outside, the chorus interspersed by calls from the jungle from unknown beasts filling my mind with excitement, despite my confusion over Vasu’s behaviour.

I tried to call Vasu, but the signal danced between none and a lonely bar. The room phone worked fine though – its ring shattered the natural symphony. It was the manager informing me that the nature walk would start in 15 minutes and that the night safari would need to be cancelled for that night as the jeep was being serviced.

I decided not to let Vasu or a broken jeep darken my mood, and prepared for the nature walk. The boy who came to guide me was friendly and curious over where I was from. Once we entered the forest, he fell silent. He would whisper from time to time, directing my gaze to a bird, a flower, a paw print in the dirt. We heard elephants trumpeting deep in the forest. We saw a herd of semi-wild buffalo and several kinds of birds.

We walked back past the watering hole and climbed to the machan to look out over the water as the sun started to set. The boy explained that the elephants we had heard come to this watering hole every morning in the wee hours, and that’s why I needed to stay in my shack after dark. Even a tiger had been seen several times or her paw prints buried deep in the mud around the riverbank. He impressed me to stay safe!

The sunset was brilliant but swift. I returned to my shack for a quick bath before dinner. I checked my phone. Though there had been a signal at times and I had once sent an SMS to Vasu, there was no response.  I dressed and walked up to the lot where the van was parked.

As I approached, I could see him watching me from his seat in the van. He held up his hand, shaking his head. It stopped me in my tracks. His eyes flicked to some of the staff standing nearby, looking towards us. When his eyes came back to me, they were full of pleading, as if begging me to understand his perspective.

I understood but felt a keen disappointment. I didn’t care what these people thought about Vasu and me. But he did. It was Ganesh all over again – worse, because Vasu had the weight of class differences burdening him as much as the worry over what people would think of two men sharing time together.

I respected his wish and walked away to have my dinner, my hopes for a week spent with him going down the drain. I made up my mind to confront him tomorrow, if we found time alone together. I wondered if it would make any difference.

After dinner, I wandered back to my shack, the boys’ warnings to stay inside still bouncing in my ears. For a long time I sat on the porch, huddled inside my jacket. As the sun had sunk, so had the temperature.

This solitude was nice, but was not how I had thought this week would go. I sat until the sounds in the resort kitchen faded, until the voices of the boys silenced, and only the sound of insects, night birds and beasts filled my hearing.

Finally, I went into the shack, locked the door, and crawled into bed, sleeping almost instantly.

I don’t know how long I had slept when I was awakened by a steady, soft knocking at the door. I sat up in the dark, every hair on my body standing on end. I gathered my courage and crept to the door, peering out through the peephole but seeing nothing in the darkness outside.

Suddenly I saw faint movement and heard a whispered voice: “It’s me, Vasu. Let me in, ya.”

I opened the door and pulled him inside, images of prowling tigers and stampeding elephants in my mind. I locked the door and turned to him, his outline slightly lit from a nightlight on the wall. He was rubbing his hands together and rocking, obviously cold. “What are you doing here?” I asked.

“You have any light bulb to be changed?” His joking voice was just above a whisper.

“Vasu!” I hissed. I started to search for the room light. “It’s dangerous to be walking outside….”

He moved to stop me in the dark, our bodies colliding. “Scott.” Just my name, but it was all he’d ever had to say.  I felt his hands cupping my face, pulling me towards him.