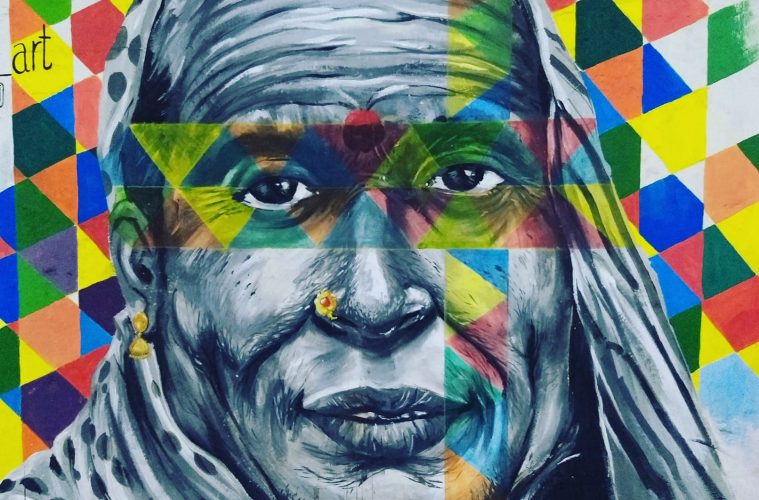 “Mrinalini, you have a visitor,” said the hostel warden in her booming voice.

Mrinalini was not expecting anyone. “Who is it?”

“Someone called Krishna Acharya. The man looks distinguished but I don’t think I have seen him before. Should I send him away?” The warden cast a protective glance on Mrinalini.

Mrinalini combed her hair and headed down to the visitor room, still clueless about her surprise visitor.

“Hello Mrinalini, you wouldn’t know me but I… know of you. From Agni.”

Mrinalini tilted her head and focused on her visitor’s face. She noticed a striking similarity. “Are you related to Agni?”

Her visitor coughed uncomfortably and looked away. “I have something important to tell you. We can’t possibly talk here.” He paused while Mrinalini tried to decide what to make of him.

“Can you step out for a while? This room is too crowded,” said Krishna sweeping a glance around the room. The room was packed with students talking to their respective visitors. There was hardly any space for them.

“Trust me, please. It’s important that you know the truth about Agni.”

Mrinalini’s brows gathered together in a frown as she got ready to protest but she suddenly felt an inexplicable surge of kindness towards the older man who looked so much like Agni.

Her voice was firm but polite. “We can sit across the street in that coffee shop I am familiar with. I don’t want to go far.” She pointed to a café.

“Thank you for deciding to trust me,” he said in a most pleasant voice, that was sincere and reassuring.

How could she not trust him? He looked so dignified, so fatherly. There was an honest pleading in his eyes that made Mrinalini believe in him instantly.

“My son likes you a lot. He talks of you so fondly.”

Mrinalini appraised the older man gradually and her thoughts turned to Agni. He would grow old and most probably look like this man, she thought.

“You are very special to him and he would be so mad at me, if he knew that I was here.” Krishna paused before he took a sip of his black coffee.

“Agni belongs to an unusual family. I brought him up with a lot of affection and care, yet I feel that I fell terribly short sometimes.”

Mrinalini could not understand how Agni’s family was different. “I…am I missing something?”

Krishna focused his gaze on Mrinalini stalling, trying to come up with words to best explain the situation, without upsetting her.

“Me and my partner got Agni through a surrogate, with IUI.”

Krishna cleared his throat with a hoarse cough and continued, “My partner could not biologically participate. By then we had learned that he was suffering from Leukemia.” His eyes had a distant look as if he was seeing into a remote past. Remembering it, made them grow misty. “He died within a year of Agni’s birth.”

“I raised him on my own. I had to be a father and a mother to him but I… preferred being his mother.”

“So, I became Mohini, his mother.”

“But…” Mrinalini looked bewildered, her confused thoughts entangled in a mess. She took a deep breath trying to process what he was telling her. Here was a perfectly handsome man, well-built and masculine, claiming to be Agni’s mother. It did not make any sense. Then something came tumbling out of her memory. Agni had talked about his mother so fondly. “My mom is my World,” he had said with such tenderness that she could not help feeling a dash of jealousy nag at her. His bonding with his mother had seemed so sacred, so special. Now she understood why.

“It was my wish that I remain his mother even after he grew up and started socializing more. He could have said no to that but my dear boy didn’t. He granted me my wish to be his mother forever. He brought home friends and not all reacted well to our… arrangement. He lost most of them, yet some stuck around. Gautam was one of them. We included him in our lives with open arms but he…but he failed to understand that Agni is not like me.” There was a long pause.

“I know it’s a lot to comprehend. Take your time with that, but please believe me when I say that my son is in love with you and not Gautam. They are best friends, but nothing else. Gautam had misunderstood and you had caught them at a moment when Agni was as surprised as you were.”

Mrinalini could not move a muscle. She just sat there in a bubble of stupor.

Krishna dipped his hand into his shirt pocket and brought out an envelope to hand over to her. “This is us.”

Mrinalini opened it to find pictures of Agni and a beautiful older lady. She looked carefully at the pictures and saw Mohini. She was so graceful ane Agni was her spitting image. Yet, he was different.

“I will make Mohini leave. Her part is over. For you and Agni she will go away forever, I promise. Please don’t punish my son for granting me my wish!”