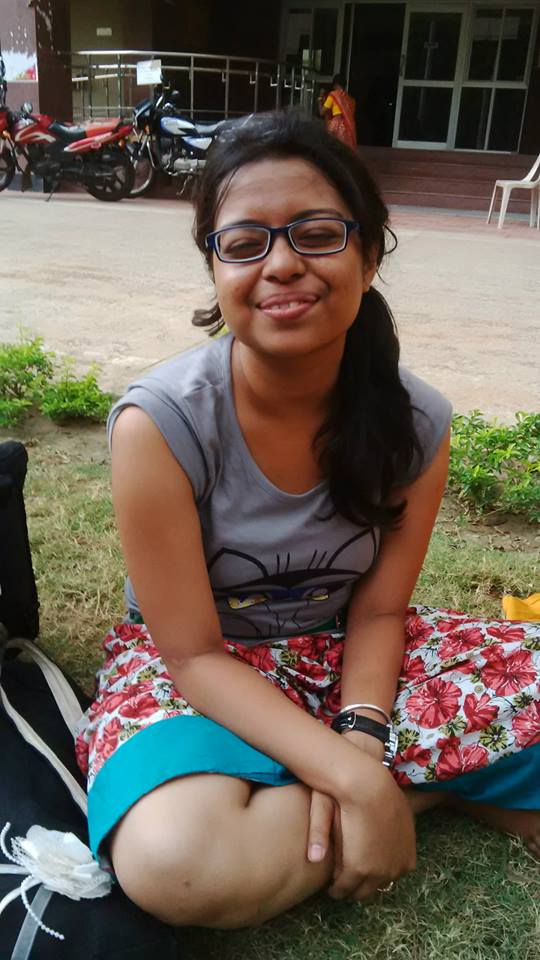 “I am a bisexual girl. Since childhood I have been very friendly with both girls and boys. But my relations with my girlfriends have always been quite involving ones where I would go to great extents to save them from troubles. You could call me a ‘tomboy’ who wanted to be more powerful than the boys. I even had the desire to become a man.

It was in the last year of school and beginning of college that I figured I swing both ways. I read as much I could about LBGT rights. In 2009 I was one of the few in school who was shouting her voice out and in December 2013, crying out her heart on her blog. That was the first time I felt violated, betrayed, hurt and really scared. That fear has made me very, very bold.

I found my sexuality through different mediums, I enjoy reading Manga, graphic novels and that’s when I found the exaggerated love stories in Manga world: Yaoi- gay couple stories and Yuri- lesbian couple stories. Eventually I entered fan-fiction and my reading, writing and interaction with people therein has liberated my mind of gender boundaries.

I have dated both genders, I have been dumped by girls who were afraid to come out, I have been rejected by boyfriends because they could not come to terms with the idea of a bisexual partner. I love to think that what matters is love, peace and acceptance and my love life and support for all the queers out there should be visible. To me now, equality for ALL matters the most.

After that I made sure that my twitter account speaks about my consciousness for the community. My Facebook is filled with news and events happening around the world, my blog is trying to be free of gender structure, my personal reading now constitutes of alternative writings as well. I think internet is one of the best ways to be aware of and understand the way society works. Some have called me hypocrite as well because I am behind a virtual screen. Yes I have never been to pride parades or meetings, seminars or talks that LGBT organisations hold. But I have made sure in my small universe that people I meet and interact get to know my true self. A girl who admires best in all genders.

I think the first step to make ourselves visible is by being truthful to ourselves.”