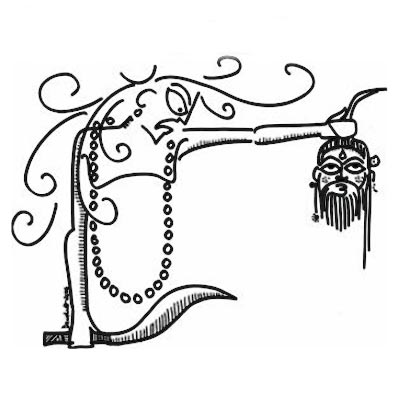 Love in the Time of Hate

Young India needs to find the strength and patience to face the volatility, uncertainty, complexity and ambiguity of India, find innovative ways to live together in diversity, and not be afraid of rapidly changing ecosystems

Why is intolerance becoming cool? Is India tired of being tolerant?

Is it an indicator of rising youth demographics? Were we tolerant so long as we could barricade ourselves from the reality of others, barricades that are slowly being torn down by the digital revolution? Or are we simply aping the West, becoming as combative and competitive as they have always been, ashamed of our Indian `feminine’ gentleness that for centuries allowed us to accommodate and adjust, make room for yet another person in an already inhumanly crowded bus?

In the Puranas, ancient chronicles of gods, kings and sages, denial, division and definition are the characteristics of Daksha, mind-born son of Brahma, the form of God that is not worshipped in India, perhaps because Daksha transforms the still and silent Shiva into Rudra (anger personified), Bhairava (terror personified) and Virabhadra (outrage personified).

Daksha’s ancient tale is a good metaphor to appreciate what is going on in our country today. And it also offers solution to a happier tomorrow. In the `modern’ era this story has been ignored, distorted, trivialised as fiction, and even reduced to history. Before that, it was the map of the worldview of our ancestors, reverentially transmitted in every household for generations. Let us rediscover it.

This story must be appreciated in two parts. Connecting the two parts is the Goddess whose patient love for both her stubborn father and her volatile husband, spans two lifetimes.

Daksha established the ritual of exchange called yagna. He would gift his daughters to the gods (devas) and in exchange the gods shower the world with prosperity. All was orderly and predictable. But then, Daksha’s youngest daughter, Sati, discovered Shiva, a free spirit who did not align with the rules of yagna, and fell in love with him. Daksha had always denied the existence of this unfathomable hermit. But Sati saw his wisdom, realised he was Mahadeva, greatest of all gods, and wanted to marry him. Daksha disagreed and opposed the marriage. Sati became Shiva’s wife anyway, angering Daksha. He decided to divide the world into those who valued his way, and those who did not. He conducted a yagna where all his sons-in-laws were invited but not Shiva. Shiva did not mind, but Sati saw it as oversight and, much against Shiva’s advice, forced her way into her father’s sacrificial hall. Rather than being welcomed, Sati was mocked: Daksha derided Sati’s husband as one who has no shame and respect for ritual conduct, a vagabond who wanders with dogs and ghosts in crematoriums. Daksha thus defined the contamination he would exclude, and the purity he would include. Unable to bear her father’s cruel words, Sati set herself aflame and died. An unmoved Daksha continued with the yagna as before, infuriating Shiva who created from the locks of his hair Virabhadra, who rushed to Daksha’s sacrificial hall, wrecked the ritual, drove away the gods and finally, beheaded Daksha.

The gods begged Shiva to stop. He who is quick to anger, calmed down. He was told to restore the yagna, for without the yagna the world would cease to exist. Shiva resurrected Daksha, replacing his human head with a goat’s. He then withdrew to the mountains and meditated, shedding his anger, withdrawing from the world, becoming so cold and distant that the world around him became still and barren, covered with snow. From these very same snow-clad mountains was born a girl who was Sati reborn. Her name was Parvati, Shailaja, Hemavati, all of which mean daughter of the mountain-god, Himavan. She was determined to make Shiva her husband. The gods tried to hasten the process by sending Kama, the god of desire, to shoot arrows of lust at Shiva. Shiva, the hermit, opened his third eye, let loose his fiery missile and reduced Kama to ash. Parvati then restrained her senses, equalled Shiva in austerity and compelled him to accept her as his wife. Only this time, marriage would take place in her father’s house as per orthodox ritual. Shiva, who had no family, had to find one and come in a wedding procession. The great sage turned out to be a simpleton as he gathered ghosts and goblins around him and tried his best to please his wife-to-be. Those who saw the groom’s convoy did not know whether to laugh or be scared: a bull instead of a mare, a snake instead of garlands, ash instead of sandal paste, skulls instead of pots. But at least Shiva tried. And so did Parvati’s family. At first, Himavan and his wife were reluctant to welcome this fierce, ash-smeared, bull-riding groom. But eventually the daughter’s gentle persuasion prevailed. They realised this Bhairava was actually rather Bhola (innocent), and welcomed their unorthodox son-in-law into the household. Within, they realised he was indeed Mahadeva, wisest of the wise. And Shiva recognised how those ritual rules bound families and societies together. Disdain and indifference was abandoned. Shiva was included. And Shiva learned to include.

The story is often told with one side being at fault and not recognising the greatness of the other. Yet it is a tale of mutual understanding. In part 1, we have an angry father who denies, divides and defines, who rejects alternate views, wants to organise everything, make everything predictable, and provokes violence. In part 2, the scene changes from the fire altar to snowcapped mountains. Boundaries of the cultural space give way to the expanse of nature. The mountains evoke patience. The snow evokes indifference. Here lust is rejected at first, but eventually it blossoms, tempered by love, as the Goddess manifests as Kamakhya, in whose eyes resides Kama. She sees the fear of both father and husband: father fears loss of control and husband fears control. With a little nudge from her, the father accepts the ways of the hermit and the husband learns the way of the household.

But it is not a happy fairy tale ending – it is a realistic ending. Married life of Shiva and Parvati is anything but sterile, orderly or governed by political correctness. It is volatile and complex, full of quarrels and periods of separation, followed by longer periods of passionate union, full of delightful and enlightening conversations.

India today is entrapped in Part 1 of Shiva’s story. The world describes India as volatile, uncertain, complex and ambiguous. The Daksha inside us sees this not as a weakness. Like Daksha, we want to homogenise it, control it, deny its many forces, and divide these forces, or define them, including some and excluding others. This will only evoke anger and violence. The funny thing is, everyone who behaves like Daksha also imagines himself as the outraged Shiva. Thus we aggrandise rage, valorise exclusion and rationalise violence.

The real power of the Shiva Purana, and India, lies in Part 2. Happiness follows only when the household is ready to include the non-conformist hermit, and the hermit is willing to participate in the rituals of the household. Both parties have to be fluid and open. Nothing needs to be denied, every division needs to be broken and definition, challenged. Young India needs to find the strength and patience to face the volatility, uncertainty, complexity and ambiguity of India, find innovative ways to live together in diversity, and not be afraid of rapidly changing ecosystems.

Inclusion is easier said than done. How does a vegetarian mother-in-law accept a beef-eating daughter-in-law without losing her faith? How does a beef-eating daughter-in-law empathise with a vegetarian mother-in-law without losing her identity? How can schools find resources for Sanskrit, and German? How can I kiss in public in love, not defiance? How can gay parades be celebrations, not political rallies? We need to outgrow the controlling Daksha within, and calm our inner Shiva with the patient love of our inner Goddess.