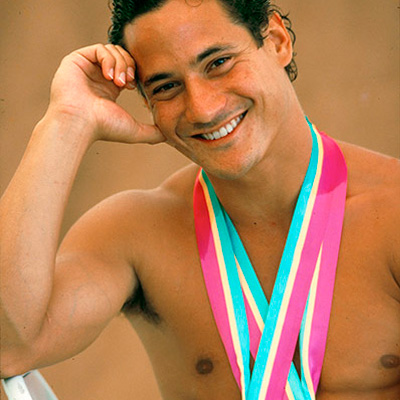 Kathmandu, Nepal: In what is a ‘first’ for South Asia, Nepal will be hosting a LGBTI sports festival at the Dasharath Rangashala stadium and the National Theater Hall in Kathmandu from October 12 to 14 this year.  This unique sporting and social awareness event is modeled on the global Gay Games which are organized by lesbian, gay, bisexual, and transgender (LGBT) promoters for athletes from the same community to promote inclusion and encourage the pursuit of personal growth.  30 years later, Blue Diamond Society (BDS), which is the country’s largest human rights organization that works to empower the marginalized LGBT community has taken the initiative to bring a version of these unique games to Nepal.

The gay sports festival has confirmed participation from over 200 Nepali amateur athletes from the LGBTI community and at least 150 foreign athletes over 17 countries.  Participants will compete in more than ten groups and individual events such as karate, track running, 5KM fun marathon, football, volleyball, swimming and long jump.

Greg Louganis, a DIVER from the United States who won two gold medals in diving in the 1984 and 1988 Olympics will be participating in the festival as a guest of honor.  According to sources at the American Embassy, Louganis has expressed his great happiness at being invited to participate in the event and to be able to contribute to the noble cause of  empowering sexual and gender minorities in Nepal.

Greg Louganis is openly gay. After he tested positive for HIV in 1988, he recounted his story in a best-selling autobiography Breaking the Surface co-written with Eric Marcus. The book spent five weeks at number one on the New York Times Best Seller list. In an 1995 interview with Oprah Winfrey, Louganis spoke publicly for the first time about being gay and HIV-positive. His story was recounted in the 1996 Showtime movie Breaking the Surface: The Greg Louganis Story with Mario Lopez playing the lead and Louganis narrating.

He also produced a video diary called Looking To the Light, which picked up where Breaking the Surface left off. In the years since his diagnosis was made public Louganis has been an outspoken HIV awareness advocate. He has worked frequently with the Human Rights Campaign to defend the civil liberties of the LGBT community and people diagnosed
with HIV/AIDS.

“We are talking to Nepal government’s very high level officials to join the opening and honor the LGBTI sport festival. The online registration for foreign participants will be uploaded shortly. LGBTI and Straight Friends and Allies are welcome to participate the sport festival. There will be a parallel human rights seminar and LGBTI film festival too,” said Sunil Babu Pant, Director, Blue Diamond Society.