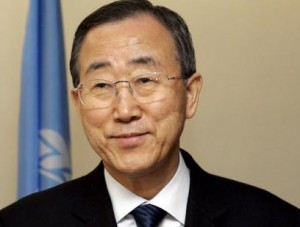 In a video supporting LGBT rights released just days before International Day Against Homophobia (IDAHO), the UN has asserted that LGBT rights are human rights and all countries in the world must ensure that no one is treated as a second class citizen.

The video, titled Riddle: New Anti-Homophobia Message from UN, runs for a little over 2 minutes and begins with a riddle with people from various race and ethnicity asking questions like “What exists in every corner of the world? But is illegal in 76 countries?”, “What is hidden for fear of public shame, imprisonment, torture, or in 7 countries even the death penalty?”, “What tears families apart?”, “What gets students bullied at school, and workers fired from job without warning?” and “What has existed in every country throughout history, but some people still consider abnormal”

The video then goes on to inform that all over the world, millions of people face violence and discrimination because of their sexual orientation and “for being just who they are”. Navi Pillay, UN High Commissioner for Human Rights, reminded countries across the world that LGBT people and their rights should be protected and by not doing so, they were breaking international laws. “Every nation is obligated by International Human Rights law to protect all lesbian, gay, bisexual and transgender people from torture, discrimination and violence

In a strongly worded message at the end of the video, Ban Ki-moon, General Secretary of  United Nations is seen speaking, “The United Nations has one simple message to the millions of LGBT people around the world-You are not alone,  LGBT rights are human rights, together we will build a world that is free and equal.”