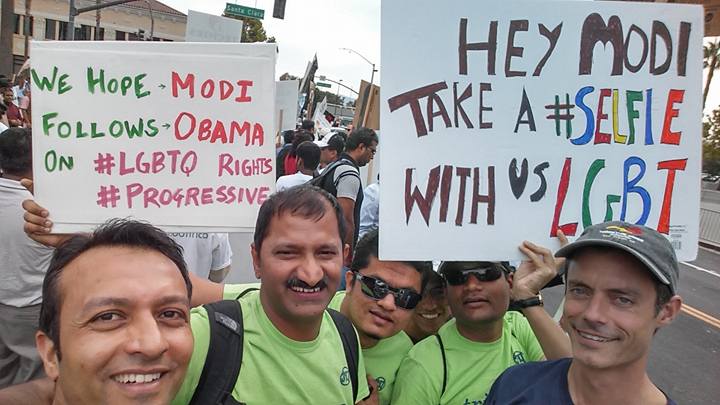 Trikone, the oldest non-profit organization for LGBTQ people of South Asian descent in the San Francisco Bay Area and USA, aimed to highlight the plight of LGBTQ people and their rights in India during the recent visit of Indian Prime Minister Narendra Modi. Members of the organization were present at the SAP centre where PM Modi was to give his speech, with banners and placards that brought attention to LGBTQ issues and ask him to speak out on the issue, which he has never done so till now.

However, as the members stood there peacefully holding their signs, they soon found themselves being pushed and attacked by fellow Indian who were present there to welcome PM Modi. Upon noticing Trikone members with signs that read ““377” The old British law still haunts Bangladesh, Pakistan, India, Maldives, Myanmar and more… #LGBTQ Rights” and “Hey Modi, Take a Selfie with us LGBT”, supporters of the Indian Prime Minister asked them to vacate the place. When they resisted, they were surrounded and pushed out, and the supporters of PM Modi starter shouting “Bharat Mata ki Jai”. 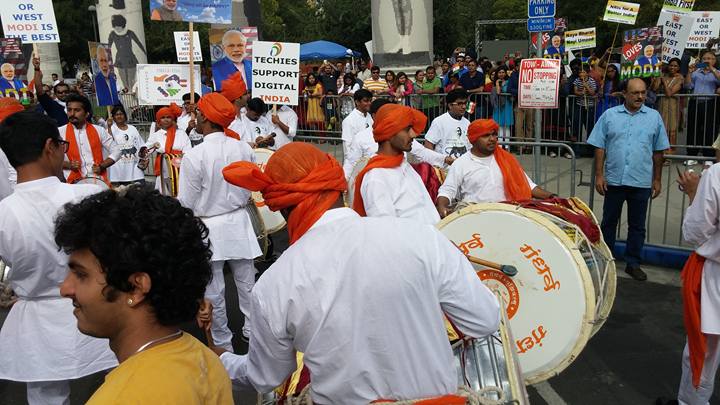 Supporters of PM Narendra Modi get ready to welcome him

Mohammed Shaik Hussain Ali, the chairperson of Trikone, told Gaylaxy over email, “My sign was snatched, broken and thrown. I was dragged, pulled out by my collar, held on my neck and was yelled at – you don’t belong here.” Others too were attacked, he informed, “The Outreach Director was punched in the back. Their signs were snatched and strewn as well. They started yelling in unison ‘Get Out’.”

In a blog post Mr. Ali wrote, “Section 377 criminalises me. My sole aim was to bring focus to the fact at a venue where fellow Indians have gathered… We were definitely not in support of the Prime Minister. But categorically, we were not against him personally; we have and will always be against Section 377 and the inaction of the Government of India.”

Another person Hrishi Sathawane narrated the ordeal in a Facebook post and wrote: “I’m a bit shaken to see how the crowd mentality worked itself out and I feel sorry for all the minorities out there who have experienced it in some way or other. True progress (technology or otherwise) happens when all divergent voices are heard and given a fair shot and not forced out by majority.”

Here are some pictures from the protest, courtesy of Trikone 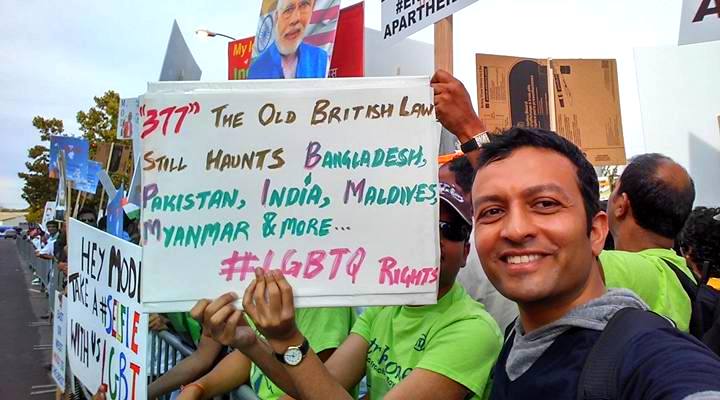 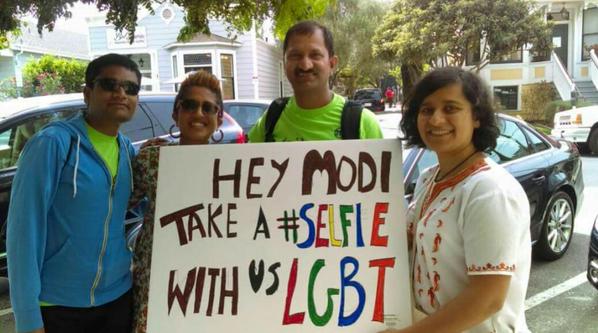 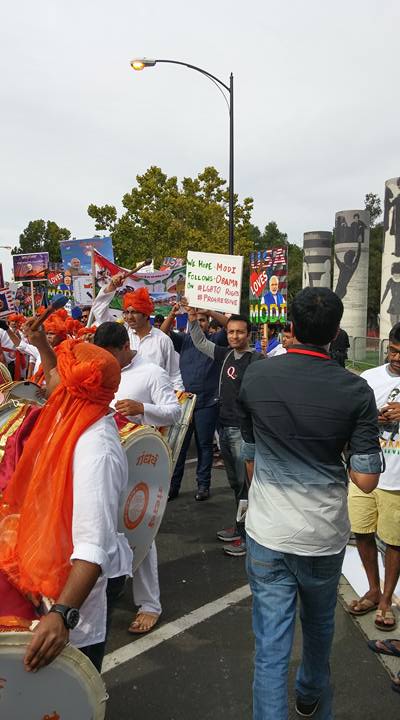