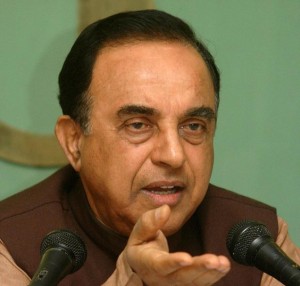 Serial hater Subramanian Swamy is at it again, spewing hatred at marginalized communities. The torchbearer of the Hindu right has targeted the Hijra community this time in a tweet, exhorting his fellow-citizens to decide whether they want to have a “virat Hindu renaissance nation” or “secular hijras”. While using the Hijra community as a pejorative, Swamy expressed further surprise in another tweet, wondering why people were taking exception to him using the word “hijra” in a metaphor, calling everyone condemning him “CRT” (Congress supporters in Swamy’s twisted lexicon) and asking if their ancestors were “Hildas”.

In Swamy’s world, not only is being anything else than a virile man a crime, having ancestors who were female also is an insult. One wonders how Swamy’s lineage managed to survive without female ancestors though.

While there was some murmur of condemnation from twitterati, there were also vociferous supporters of Swamy, one of whom tried to explain that “Hijra” was not slang, but that Hijras possessed some qualities which “sickulars” possessed. What can those qualities be? No one’s guessing.

The brazen defiance continued with more supporters shielding Swamy, asking Swamy-baitors to go to court and not “bark on twitter”. Swamy himself offered this dollop of invaluable wisdom, “Hijra as a noun is neither male nor female-birth defect. I used it as an adjective for sickular.”

Being transgender is not a crime, much less be a birth-defect. While politicians are scarcely known to be sensitive to the concerns of marginalized communities, such instances of bare-faced attack are difficult to find in the modern era. Swamy, educated at Harvard, has also been a professor at both Harvard and IIT. However, this seems a classic case of education gone wrong: Swamy has been known in the past to call “homosexuality a mental disorder” and display overt homophobia. Not just that, he has baited the Muslim community too.

What is surprising is his blatant disregard for anyone’s right except the majority’s. His ignorance of the transgender community is only matched by his pitiable defence and oodles of arrogance. It is a sad day for a democracy when the nation’s law-makers stoop to insult their own brethren. 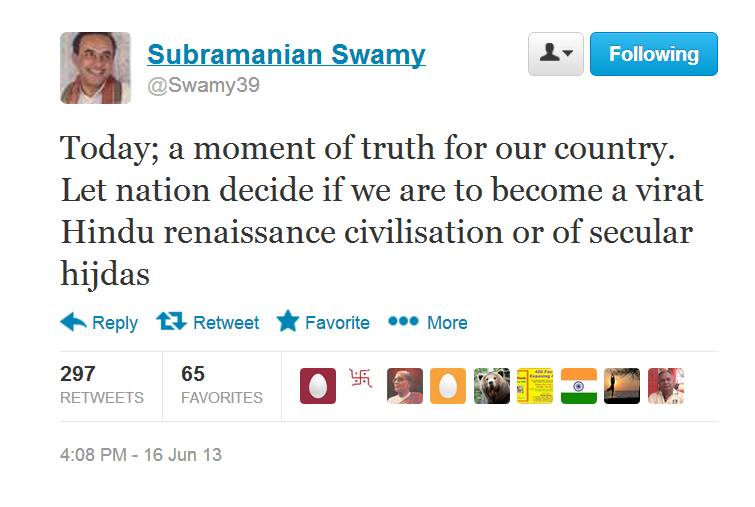