Indeed, we never choose to be men, women, or transgender, yet we are born as one, and verily, God does not discriminate between genders, who are we to do so? Transgender people have always existed in every society, culture, and religion. The nonconformity to the prescribed gender roles excludes them from the mainstream and ‘people’ treat them as inferior. Allah has created every human being equal; there is no scope of discrimination, harassment, and violence on the grounds of gender in Islam. Human beings irrespective of their gender, class, race, ethnicity, religion, and region are entitled to various rights including equal opportunity, life with dignity, freedom of speech and no discrimination or violence in Islam.

The existence of transgender people is explicitly mentioned in Holy Quran. Transgender people are termed Makhannathun (effeminate ones) in Arabic. They are the creation of Almighty Allah and have been given various rights in the jurisdiction of Islam.

The Quran is clear about the existence of a third gender and recognizes it beyond the realms of male-female dichotomy. It is clearly written in Quran, “Allah is the One who shapes you in the wombs as He pleases” (Qur’an 3:6). All shapes and forms, including physical characteristics and sexual inclinations of any human being is a blessing from the Almighty Allah. When every child- male, female, or transgender is the creation of Allah then there remains no scope or justification of discrimination on the grounds of gender identity and sexuality. Islam categorically supports the existence and rights of those who fit the picture of being neither a woman nor even a man. It maintains opportunity of equality for men, women, and transgender. This includes the accessibility to various social, economic, and political services. One can be guaranteed that equal rights are served when it comes to Islam. The prophet of Islam also treated transgender with reverence and prohibited their maltreatment. He did not look down upon them. 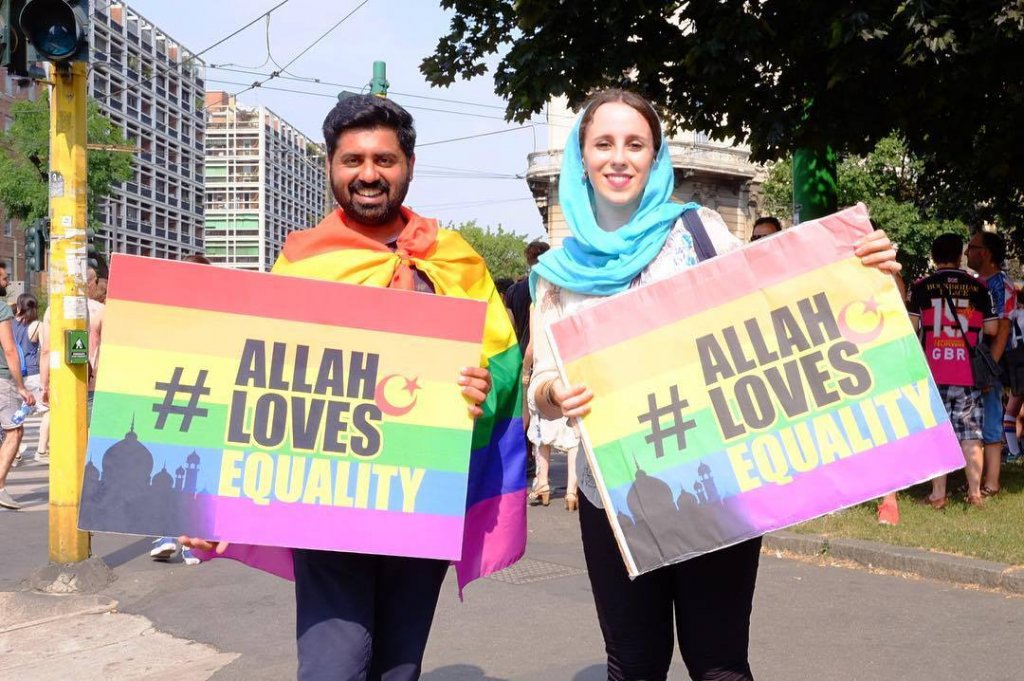 The Quran respects diversity in physical appearance, constitution, stature, and color of human beings as a natural consequence of Divine wisdom in creation. Islamic scholars have traditionally acknowledged that Allah created two genders and also created people who cannot be categorized through a binary construction of gender. Islamic scholar, Ali Muttaqi, displays this acknowledgement clearly in the introduction to his book on marriage and sexual play.

In the name of God, the Merciful, the Compassionate. Praise be to God who created male and female as partners, then mixed the two in a display of Divine power by creating hermaphrodites as well. Praise be to the One who favored humanity over all the rest of creation and made the continuation of the world to rest upon the conjugal union of the male with the female. (Ali Muttaqi, Jarr al-Thaqil)

Beyond the fundamental category of gender, the Quran asserts that human beings are created in variety and assesses this variation positively.

Quran therefore implies the existence of variations among people, not in outward appearance only but also in inward disposition. Another verse declares “that everyone acts according to his or her own disposition” (Surat al-Isra’ 17:84). This suggests that human nature that has been created diverse, not just in language, ethnicity, and appearance, but also in inward disposition and personality. It is not a tall order to ask from these profound examples whether the Quran accepts diversity in gender identity, sexual disposition, and orientation.

Gender identity and sexual orientation are the integral and inseparable components of our personality. The Quran certainly implies that some people are different in their sexual desires than others when it mentions “men who are not in need of women” (Surat al-Nur 24: 30). It is not clear what inner disposition caused such men to not be attracted to women. Perhaps they simply have no sexual desire or perhaps they experience sexual desire that is not attuned to women. In either case, the Qur’an offers an example without negative judgment about men who do not conform to patriarchal assumptions that men are always, inevitably, and uncontrollably attracted sexually to women. This example from the Quran is suggestive, but not indicative. It is clarified by the fact that the Prophet Muhammad knew of men in his era who belonged to this category of “men who are not attracted to women.”

In the ambit of Shari’a, several Muslim countries have started acknowledging the rights of the transgender community as per Islamic Laws. Many Islamic Nations are stepping forward to recognize their rights and to accept them the way they are. One such example is that of the Pakistan. Recently, Pakistani clerics issued a religious decree declaring that transgender people have full marriage, inheritance, and funeral rights under Islamic law.