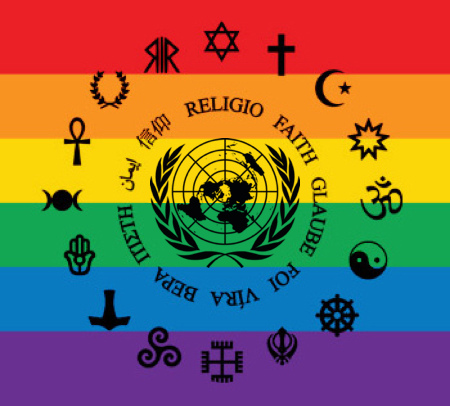 I feel it’s time for the major faiths of the world to embrace and accept queer people, including welcoming them in their place of worship.

Homosexuality exists in many species in nature. The human species is a part of nature, and we’re all a part of God’s creation. Why would God create queer people if he didn’t like them, and wanted them to suffer and make their life miserable?

A heterosexist society can make life challenging for many queer people, especially for youth who are at high risk of suicide and bullying. Homosexuality is no longer considered a mental illness by psychiatrists, and there is no need for treatment, especially “conversion therapy,” which can do a lot of damage to a person’s spirit and self-identity.

Everything in life is diverse. It is not surprising therefore that sexuality is diverse. Diversity is a part of the miracle of creation. We should embrace this diversity as it has been with us since the beginning of time. Furthermore, queer people have contributed a huge amount to society despite the marginalization, discrimination and alienation they experience.

It’s unfortunate that the major faiths are generally not supportive of sexual and gender minorities. It’s important to remember that the only person who has the right to judge anyone is the Creator, and the God that I have come to know loves everyone especially the marginalized and oppressed equally.

The fact that queer people can still be put to death in many countries around the world demonstrates how critical it is for people to act. This is a reminder that people will exploit their dominance and power to oppress a vulnerable minority.

The religious and political leaders of the world need to send a strong message that homophobia, heterosexism, transphobia and human rights abuses against sexual and gender minorities will not be tolerated. Those responsible for such crimes must be held accountable at the highest levels.

A society and civilization will be judged by history by how it treats its most marginalized and vulnerable members.

Alex Sangha
Alex Sangha is the Founder of Sher Vancouver which is a non-profit society for LGBTQ South Asians and friends.Alex is the recipient of the Meritorious Service Medal (MSM) from the Governor General of Canada. You can contact him at alexsangha@gmail.com
Latest posts by Alex Sangha (see all)