Men will be Men : Toxic Masculinity

Men will be Men – this saying is trendy these days. But, what does it actually mean? Does it imply superior rights for men? Or does it attempt to define manhood?  From a societal standpoint an ideal man is one who has the following characteristics : rough, tough, muscular, honest, hardworking, strong, righteous etc. But, how were these “manly” characteristics determined? Does being strong mean being aggressive? Does being honest means insulting others? Does being hardworking give the right to raise a hand against a wife and children?

“A real man feels no pain” and “Boys don’t cry”, these are very familiar phrases in society. But, what about the man who is in pain and societal norms do not allow him not to show his pain, this situation can make him toxic inside. The toxic notion that men are supposed to have the aura of being rough and tough is the reason for objectification of women, ragging, hetero normative culture, misogyny, dowry, eve teasing, patriarchy, rapes and other social evils. Seen in a broad spectrum, wars, terrorism and religious fundamentalism are the consequences of this “toxic masculinity”. Society has put men into a cage whose sides are made up of all these traits, which continuously press him deeper into a dark hole.

This “toxic manhood” is not only harming women, but is also causes mental health problems for men. If men do not perform well on this socially constructed platform of manhood – they are considered as lily – livered and effeminate, consequently leading them to stunted emotional growth and making them questioning their own abilities.

Films have a great impact on society as a whole. In India, Bollywood movies have also glorified this very idea of suppressing their emotions, what follows is a lifelong whirlwind of feeling guilty about feeling a certain way, being vulnerable, and hiding how they actually feel. “A man becomes what he watches” — in some Bollywood movies, the male protagonist even teases and stalks the female protagonist and the irony is at the end she falls in love with him, giving men the impression that women fall for them, if they stalk them and tease them.

It is not only men who buy in to the concept of toxic masculinity. History has shown that women also buy into the mystic of toxic masculinity — women adopt this concept in the name of culture and habit, and either verbalise it or simply don’t speak up against it.

So, what is the solution?

“Never forget, mistakes can be redeemed, people can change, maybe not everyone, but for the vast majority of men”. Now you decide, are you capable of learning and growing? 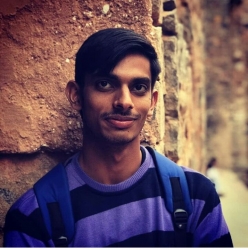 Sumit Gautam
Sumit Gautam is a 20 years old boy, pursuing B.Sc. Hon. Chemistry from Delhi University. He is a knowledge geek. He is an avid and silent reader. He loves to interact with people from all over the world to know more about their customs and traditions. His ultimate aim is to travel the whole world. He can be found on gautamsumit1999@gmail.com