The term “coercive heteronormativity” may sound extrinsic and irrelevant to one’s life, but it can be seen everywhere: on TV, in ads, even in small talk with your relatives. Coercive heteronormativity, or compulsory heterosexuality, refers to the belief and assumption held by society that everyone is a heterosexual. The concept itself is not outwardly homophobic, but its effects lead to the ostracizing and isolation of queer folks. Since most people are straight, it’s easy to make the assumption that everyone is, but this expectation creates a rigid social norm which can be very hard to diverge from.

The root of coercive heteronormativity lies in misogyny, which is why a major way in which it demonstrates its harmful nature is principally through internalized lesbophobia. Not to say that gay men don’t experience internalized homophobia, it just shows itself more in lesbians because we live in a patriarchal society which largely focuses on women getting husbands. This belief harms all women, not just lesbians because it treats women as incapable of leading their lives without a man. For sapphic women, it can lead to emotional turmoil and confusion about their feelings toward other women. Women try to force themselves to feel attracted to men and make excuses for their attraction toward other women, such as jealousy or inspiration. Forced attraction could mean liking a guy but never wanting to be around him or touch him or excusing not having a crush on a guy by claiming to have really high expectations (which no man could ever meet). It could even mean only being attracted to celebrities, fictional characters or any other unattainable man. In extreme, but not uncommon cases of coercive heteronormativity, it could be marrying or settling down with men. A need for validation is another cause of forced attraction, for women are often made to feel as if they aren’t enough. 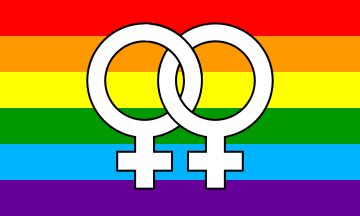 A prime example of coercive heteronormativity is in media. Movies and TV shows idealize the romance between a man and a woman and make it an ultimate goal. Commercials for everything from cement to deodorant feature straight people, with either a man using a product to have women compete for him, or a woman using something to make a man fall in love with her. Objectively, this is innocuous, but when combined with the lack of any LGBTQ representation and platonic relationships between men and women, it becomes damaging to queer individuals, especially the youth. It leads to constant questioning of their sexuality, self-doubt and feelings of desolation.

The solution to this is seemingly simple: to stop assuming that everyone is straight. But due to homophobia, sexism and the fear of not making enough money off of a product or work of media, it is still practiced.