Constanze Mozart once said, ‘Dancing is like dreaming with your feet’. Well, we have one hell of a dreamer to introduce to you!

Diniz Sanchez, born in Lisbon, Portugal, is a contemporary dancer/performer and choreographer. He studied dance and choreography in the Superior School of Dance and in Forum Dança. Since 1994, he has been a dancer/performer for several companies in Portugal, France, Belgium and India. Since 1995, he started creating his own work, with a growing interest by the crossing of different disciplines, from dance to theatre, performance, improvisation, video, voice work. He is a choreographer and director of Lua Company since its creation in 2004. Diniz Sanchez is supported by the Cultural Centre of the Embassy of Portugal in India, Fundaçao Oriente – India and Gati Dance Forum in Delhi. 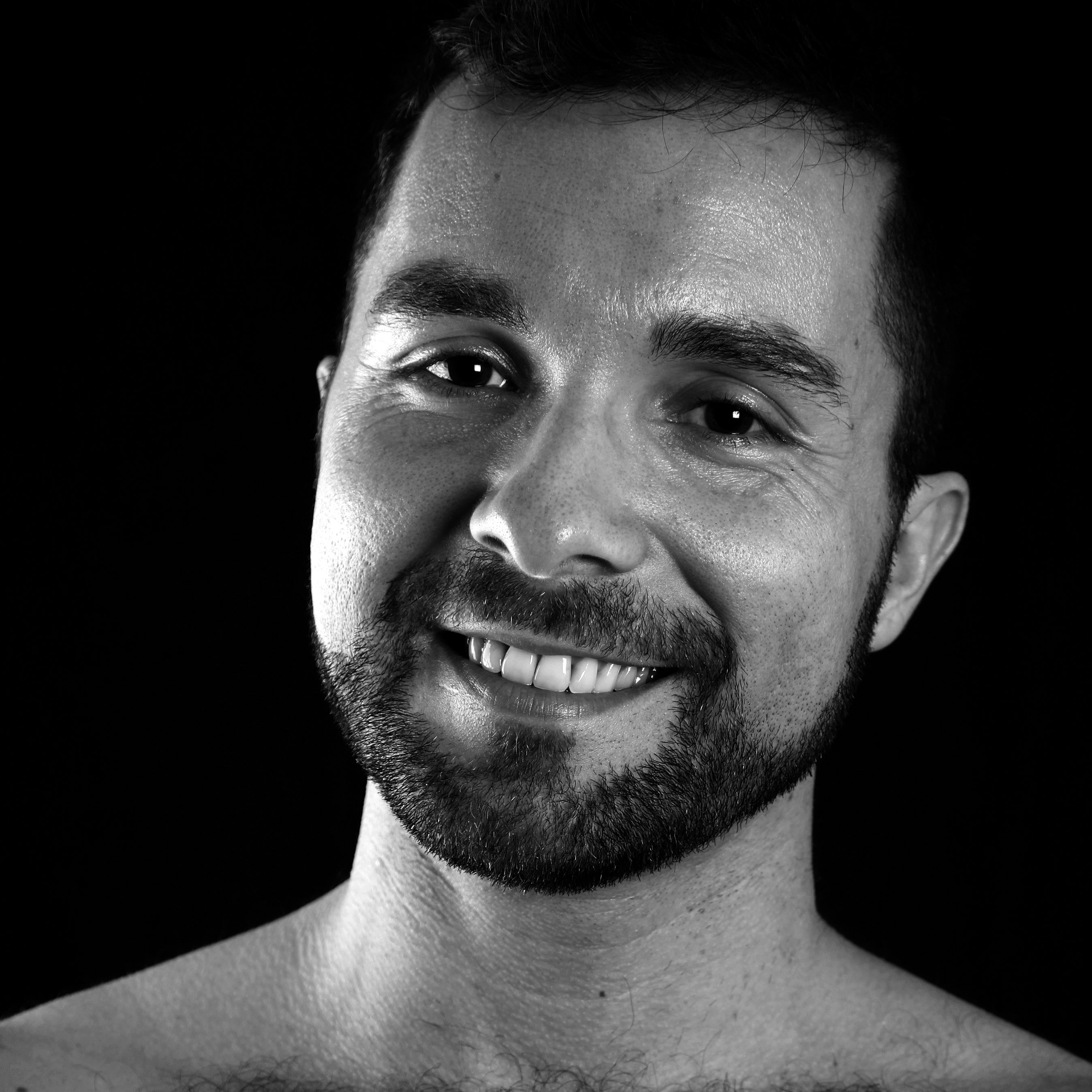 Where people governing us, in India, go on to say that LGBTQ is a western influence, this guy from a foreign land, taking inspiration from Indian concept of ‘Ardhanarishvara’, has developed a performance character named Spicy Tutuboy. ‘Ardhanarishvara’ represents the synthesis of masculine and feminine energies of the universe, viz. Purusha and Prakriti, and illustrate how Shakti, the female principle of God, is inseparable and the same as Shiva, the male principle of God. Spicy Tutuboy, who vehemently questions, through the art of dance, the pre-conceived societal notions of gender, identity and sexuality, represents a balance between female and male energies in a same body. Spicy Tutuboy can be called to be a human Ardhanarishvara.

Spicy Tutuboy was born onstage (the impromptu moment is captured in the video “how Spicy Tutuboy was born) during an excerpt of the piece “Subsidize me” that Diniz was developing in France (where he lived at the time). The excerpt was called “Jukebox” since he had asked the audience to select from a variety of costumes, objects and a list of songs. And at that moment the choice was: a tutu skirt, high heel shoes and an old Spanish music. Gradually, Diniz started creating work for this character and today, as Diniz says, they are inseparable. 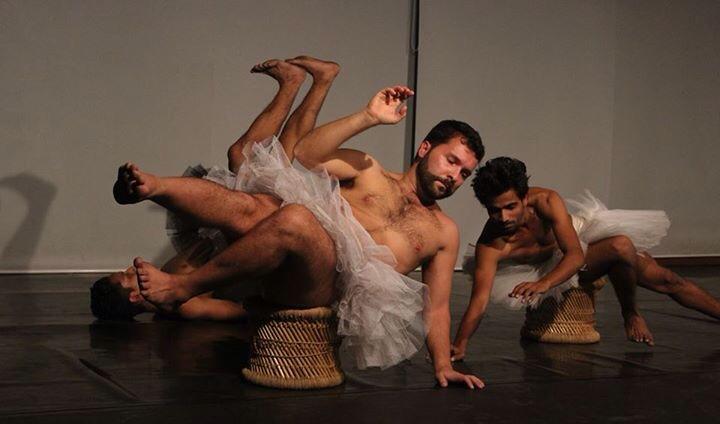 The name ‘Spicy Tutuboy’ has interesting influences behind it. Diniz visited India for the first time in 2010, when he was completely in the process of developing Spicy Tutuboy, changing and self-discovering himself as the character progressed. ‘Spicy’ implies Diniz’s encounter with the Indian Culture. Robyn Orlin (a South-African lady, living in Europe and developing very political engaged work) happens to be one of Diniz’s favorite choreographers and she, also, has a personal penchant for tutu skirts, a costume that she used to wear herself in performances, calling herself “Wacky Tutugirl”. Hence, the later part of the name ‘Tutuboy’.

Currently, in India, Diniz is working on his new project named ‘Purusha in a Tutu or Deconstructing Vidushaka’. With the help of different Indian and International artists, Diniz aims to dive deep into the ancient culture and contemporary culture of India to develop and perform this new project. He finds similarities between his alter ego, Spicy Tutuboy, and the new project.

Vidushaka is said to be a character that is inside and outside the play at the same time, who, through humor makes a bridge between the mythological characters and the audience, and that can allow himself to be critical even with King or the Priest. Spicy Tutuboy behaves in a very similar way: he is inside and outside, talks to the audience and usually gives very straightforward and critical opinions about the themes and issues that are approached in the performances. 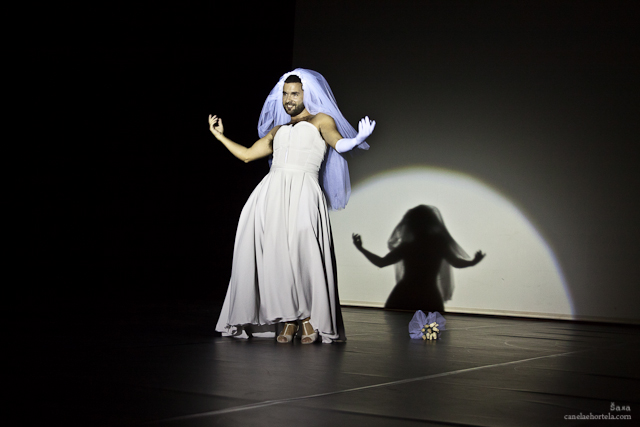 The name ‘Purusha in a tutu’ was inspired by Diniz’s research in ancient Indian mythology. Usually, ‘purusha’ signifies ‘man’, a male person but in some of the Hindu scriptures it refers to this primordial androgynous being from which the concept of ‘woman’ and ‘man’, ‘female’ and ‘male’ emerged. This is very much similar to Spicy Tutuboy who has both feminine and masculine sides, helping him develop as a person, as a human being as opposed to a singular sex residing in one body.

In our contemporary society we are confronted with many dualities, when the fusion of these could be “perfection”. Diniz’s new project asks one simple question: Wouldn’t we live more fully if we accepted both Purusha and Prakriti in ourselves instead of living half existences?

This project aims to create an encounter among several artists, mostly Indian or India resident, of different fields (most from the performing arts) and question, discuss and share different views about the body, sexuality and gender issues, in a collaborative work. The way this project will develop and the form that it will take is quite open, as the team’s focus is on the process. Through this project, the team wishes to discuss and question about these issues through our different eyes, bodies and disciplines, to create a performative platform where the audience will be invited to take part also.

Diniz has been studying, performing in India since 2010. He has performed in Mumbai, Pune, Goa, Udaipur, Delhi, Calcutta and Daman. His recent performances include participation in the Alternative Arts Festival, at Range Gallery, Kolkata, with the solo performance “Act of God” (about the Kolkata flyover accident) and creation of a new multidisciplinarity piece “Husain and horses”, with the Bengali artists Janardan Ghosh, Pradip Chatterjee and Varun Desai, for the 100th years commemoration of M F Husain’s birthday at Academy of Fine Arts, Kolkata, on April 12th.

Apoorva Katpatal is a lawyer by profession and is becoming an active expressionist about LGBTQ rights, trying to help the blindsided society to accept the people for who they are and wish to be