#RhymeAndReason: The Boy Beyond the Binary

at the age of five,
as he reaches for his mother’s favorite ruby woo,
she tells him to put the lipstick down.
“But mommy, why doesn’t my sister have to?”
but his mother didn’t respond.

at the age of eight, he cannot understand
why the boys on the playground got mad,
when he couldn’t play like a sportsman.

that evening, he comes home with a bloody lip and wondered
why nobody bothered to comment.

at the age of thirteen, barely a teenager,
he’s scared to walk alone on the sidewalk on a busy street
because he has heard them one too many times.

at the age of fifteen, his friends abandoned him,
this time he got more than just a bloody lip,
he got kicked out of school and is stuck at home
fighting for something he did not want.

at the age of eighteen, he metamorphosed
and time couldn’t be kept at bay his education is over;
and nobody wants him as a student, friend or lover

because who has the courage to love someone like him?

at the age of twenty-one,
he is finally free and this time he refuses to put the lipstick down
he learns to be bold and prepares himself for a fight. and when to fight for other boys like him.
because nobody else will. 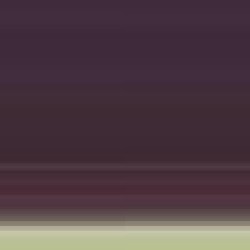