Femininity, Masculinity, and a Queer Conference in Kolkata 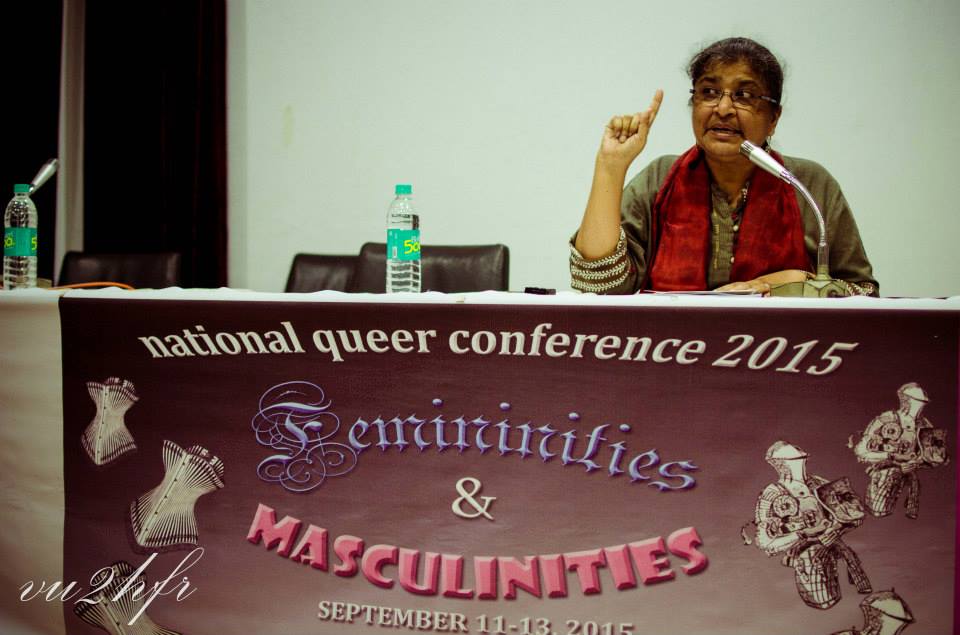 The queer is slowly finding its way into the academic sphere, and slowly creating ripples in the academic world like it has done in the activist world. This spirit was celebrated by the 4th National Queer Conference, organized by Sappho for Equality, at Jadavpur University, from 11th to 13th September, 2015.

The theme of the conference was ‘Masculinities and Femininities’, and the subthemes covered a vast range of topics associated with the above, right from their subversion, transformation, interpretation, and execution. The three days had 1 Keynote lecture, 2 plenary lectures, 9 subthemes, 36 papers, and plenty of knowledge to be shared in the non-normative space that was created by the four walls of the H.L Roy Auditorium and the 5 square foot space outside. 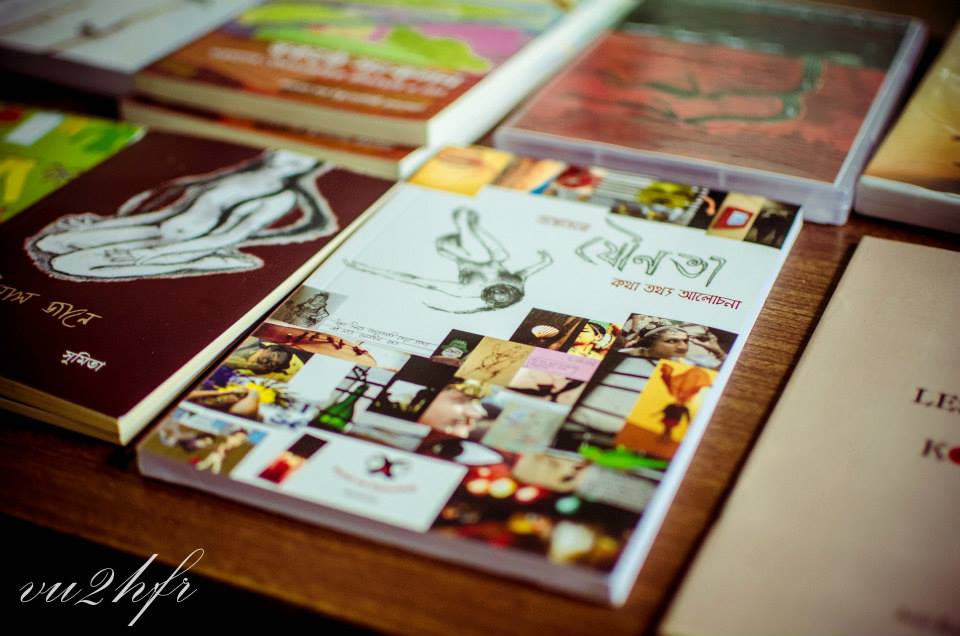 The conference started on 11th of September, with keynote lecture by Sakia E. Wieringa , ‘Honorary’ Professor, University of Amsterdam, who spoke of Subverting Heteronormativity. Her beautiful speech gave an insight into how aesthetics can be influenced by sexual orientation, normativity, and other social (de)constructs. The second day saw Anup Dhar, Associate Professor at Ambedkar University, New Delhi, give a talk on ‘What if all feminism is “Trans”Feminism, or needs to be?’ He elucidated his talk with a beautiful example of a banyan tree, and also took the concept of the Borromean knot, to talk about the ‘who’ and ‘what’ of ‘trans’. His talk was very well appreciated by the audience. The third day had Dr. Chayanika Shah, who started her career with physics but now identifies herself as a queer feminist, give a conclusive and elaborate talk on various aspects of women and queer movements. Her talk drove the audience through the development of these movements in India, and finally concluded in the suggestion that Queer Collective now slowly needs to change into Queer Movement. 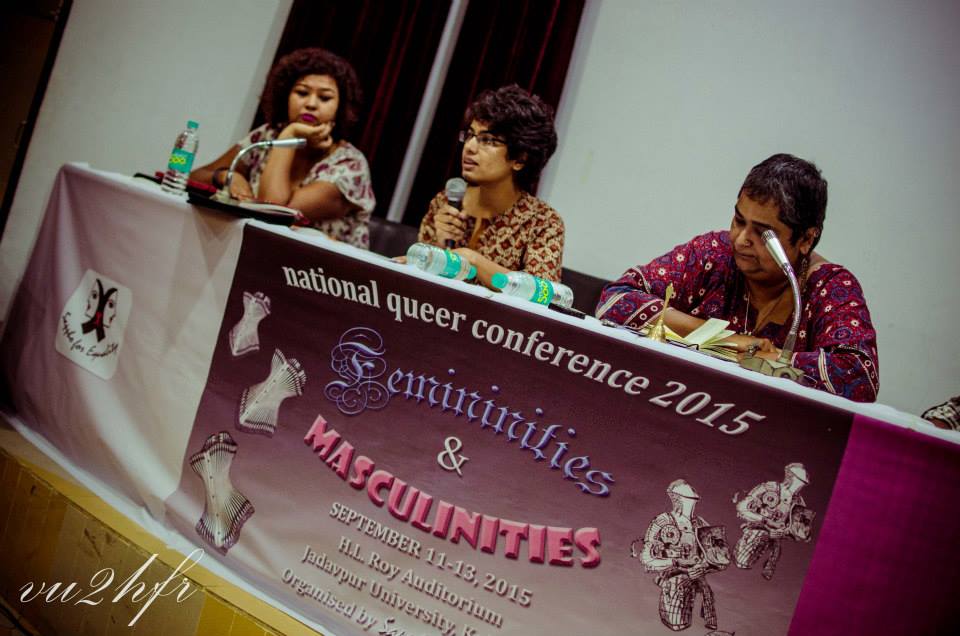 Some other topics that came up during the course of the conference were ‘Brahmacharya’, ‘Masculinities and Femininities in Social Activism’, ‘Cyber Activism’, ‘masculinities and femininities expressed through visual arts’ etc. It was a good culmination of academic and non-academic presentations and garnered applause from the audience.

The last day also saw the conclusion of the Conference in a performative session, where Akhil Katyal’s poetry mesmerized everybody, and so did Titas Sen and Monami Nandy’s performance, which explored masculinities and femininities through folk songs and oddisi dance. It was a very interesting session, which was an apt conclusion to the program.

Malabika from Sappho said, in context of the conference, “We have been growing since it ever began in 2009. First year we had got only 26 papers, and this year, we had more than 150 papers. We are happy, and the people here are our inspiration.” 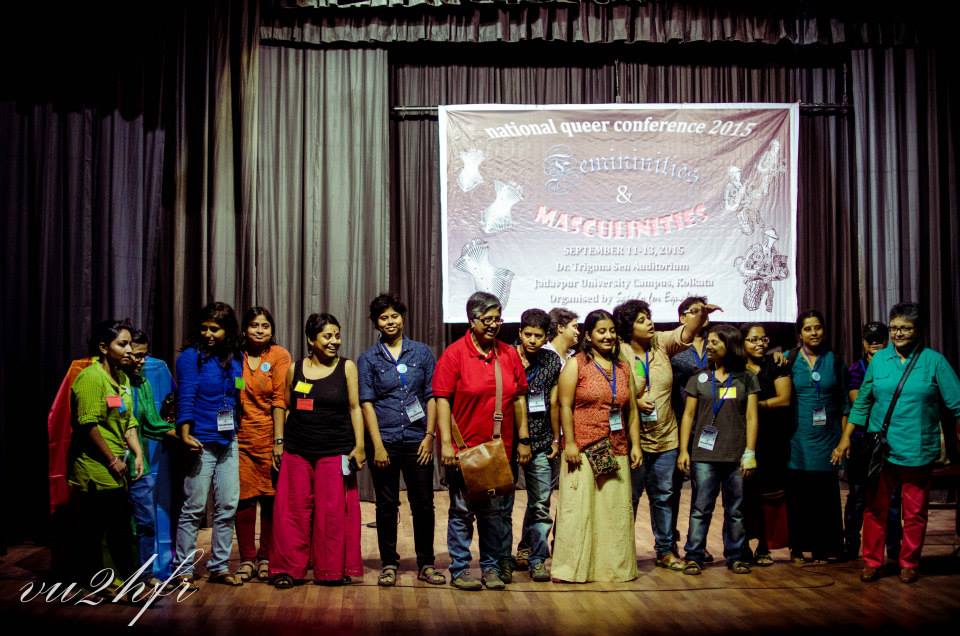 Sappho promises to come back, bigger and better, in 2017. The next Sappho event that the city of Kolkata awaits is the 3rd Media LGBT Interface named as, ‘Reel Lives Real Lives’ at Rotary Sadan, Kolkata, happening on 3rd of October, tentatively.

Note: The post has been updated on 19-Sep for some factual inaccuracies 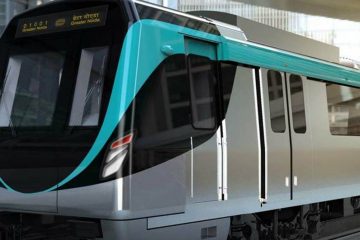