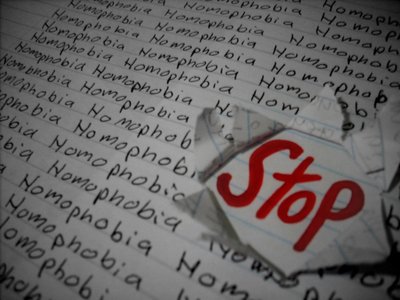 A few weeks ago a first year undergraduate student of MMV college, affiliated to BHU, was suspended from the hostel by the university for her “homosexual tendencies”. Apparently, a few of her hostel mates complained against her that her behaviour made them uncomfortable. News reports also suggested that she was probably suffering from mental health issues. The college authorities made no effort at counselling her (for her mental health issues), and chose to suspend her to “maintain discipline”. The girl herself has denied that she is a lesbian, and a piece published by one of her classmates in Gaylaxy also explains how rumours spread in the college campus because of her slightly different behaviour, without there being any basis of it all.

All these bring me back to my own college days, and my fears as a gay boy. I was admitted to IIT-ISM Dhanbad in 2006, and was to stay in the college hostel for the next four years. One of my worst fears was about others finding out that I was gay. I wanted to come out, yet the fear of being harassed, ostracised or being made fun of kept me in the closet. Homophobic jokes were common in the hostel among boys, some students had already been labelled “chakka” and “gay” because of the way they spoke. A batchmate who sang in both male and female voice at the Freshers Welcome had been instantly labelled as gay, and would often be made fun of. The climate around used to put tremendous stress on me.

Yet, I did come out finally, or rather was outed, in the final year just after the Delhi High Court had decriminalised homosexuality. I had written in my personal blog that I was gay back in February 2009. The blog was followed by a close set of friends only. Yet, after the summer vacations, when I joined the college, someone had spread the link among my batchmates, and the news had spread like wild fire. The moment I stepped inside my hostel, I was greeted with smirks, questioning eyes, and a few people directly asking me, “What have you written in your blog?” Very few it seems had actually read the blog, but most had heard that I was gay, and like a game of Chinese Whispers, fresh information kept adding to that.

Needless to say, the next few months were harrowing, where not only I had to justify how I could be gay (because gays are always camp, behave a certain way etc), but many “well wishing” friends suggested that I have sex with girls, and then decide my orientation, because how could I be sure otherwise? Rumours surrounding me spread in the college, and all efforts were made to find my sexual partner (because if a man is gay, he must have had sex!). I would get to hear that I had a partner in Delhi, or in Kolkata. Amidst all this, a lot of pressure was also being put on my room mate of two years. When efforts to find my sexual partner failed, people started suggesting that he was my sexual partner and questioning his sexuality too. Others suggested him that he change his room, because I would otherwise sexually molest him. A batchmate once came to my room, and right in front of me asked my roommate, “Tere ko dar nahi lagta?” (Don’t you feel afraid of him?), as if I was some kind of a sexual predator. In another incident, a hosteller who was coming from the other side, saw me and then moved aside as if I was some kind of untouchable. There would be other inappropriate jokes at the Mess table during dinner that I would overhear.

In all this, my room mate and a lot of other friends stood by me. My room mate would tell others that he had lived with me for the last two years, and no such thing (sexual molestation) had ever happened. The sudden discovery that I was gay did not change me as a person. It helped that most of them had got to know me as a person in the last 3 years, and so could see me beyond my sexual orientation. My coming out also broke the stereotypes that many of them held about gay people. Despite all this, I had to face all this rumour mongering and homophobia when I was outed.

Now coming back to the BHU girl, she is a first year student, and it has been just a month since their classes began. It takes a while to adjust to the hostel life, add to that she has moved from a remote village to a large city, making her adjustment even more harder. Her mannerisms and behaviour are different from the rest of the girls of her class, making her an easy target of bullying. She had been labelled lesbian by her batchmates because of this. None of her batchmates have had the time to know her  personally, making it harder for her to find support the way I had from my room-mate and other friends. The homophobia of the college administration just added to her agony.

The incident brings to focus once again the homophobic environment prevalent in our college campuses. Some of the colleges like JNU, IIT-Bombay, IIM- Ahmedabad and a few others have established support groups for LGBT students that not only act as a peer support program, but also carry out important activities of sensitising the student and teacher community. We need to replicate such models in other campuses too and ensure that no young person is subjected to insinuations and harassment like the BHU girl was.