Why LGBT Sikhs should come out

Living a closeted life goes against the teachings of Gurus 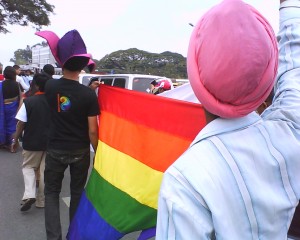 LGBT Sikhs should come out

I have never considered myself to be a religious person. For some reasons, it has been science that I have always turned to, and steered clear of religion; and this has also meant that accepting my sexuality hasn’t been hard for me. But as certain things in my life recently have made me realize, religion still remains an important aspect for many individuals, and accepting their own sexuality for religious people is often a very tough task. Many think that it is against God’s will, and that their very existence on this earth is wrong/sinful.

Sikhism as a religion is very tolerant and advocates equality. There have been articles by various people about how there is no reference to homosexuality in Guru Granth Sahib, and if our Gurus had considered it an important subject to be dealt by religion, they would have addressed it. One such article was published in this magazine itself previously. However, Punjabi culture is often not so tolerant. Here, there is a need to distinguish between Sikhs and Punjabis. While Sikh religion clearly forbids discrimination of people on the basis of caste etc, the caste system is still prevalent in Punjab. Punjab (along with Haryana) has the most dismal sex ratio in India. Female foeticide and the desire of a male child runs very high among Punjabis. Yet, our Gurus had clearly treated women on par with males. When the Khalsa Panth was established by Guru Gobind Singh Ji, all Sikhs were given the title of Singh and women of Kaur (meaning Princess), which was clearly to remove the identification of the caste of a person on the basis of his title. That Guru Gobind Singh Ji accorded the title of Kaur (Princess) itself denotes the high significance and respect he gave to women. Women participated in Langaras, fought as warriors alongside men against the Mughal forces. Yet, in Punjab (and among most Punjabis elsewhere), the story today is somewhat different, and can be gauged by the low sex ratio in Punjab.

To be precise, Sikh religion and Punjabi culture are not always the same, though often they are confused to be the same. Punjabi society in general is very patriarchal, conservative, and as the recent stance by some of the religious heads in the Sec 377 case proves, homophobic. This however stands in direct conflict with the religion. As anyone having even the slightest knowledge of Sikh religion would know, during the Mughal times when there was a rule of tyranny and fear, Guru Gobind Singh Ji decided to form the Khalsa and gave the five K’s to Sikhs. The aim was to give the Sikh community a unique identity and develop a clan of fearless people. The turban and hairs, along with the other K’s ensured that a Sikh would be identifiable even in a crowd of 1000s and would be fearless enough not to hide his identity. This was especially significant during the Mughal period as Hindus were either being persecuted or forcefully converted to Islam. Thus, our Guru developed a community which would be easily identifiable at a time of atrocities, yet would be fearless and brave enough to fight against oppression and injustice.

Now, when a LGBT Sikh fears coming out, fears the society and hides his identity, he is going against the very things that the Gurus taught. Guru Gobind Singh Ji never wanted his followers to hide their identity, yet, when you live in the closet, that is the exact thing that you do- hide your true identity. Guru Gobind Singh Ji wanted Sikhs to be brave and fearless, he had said, “Chirion se main baaz larraun, Tabe Gobind Singh naam kahaun,” (I will train a sparrow to fight with a hawk) implying his followers, even if they would be fighting against a mighty enemy, would be brave enough to fight. Yet, when you fear the society, when you fear telling the truth, when you fear your family’s reaction, you are being weak and fearful, something that the Guru never wanted Sikhs to be. If anything, Sikh religion is not against alternate sexuality, neither does it preach a person to live in fear or hide his identity. It is when you, as a Sikh, are living in closet, living in fear that you are going against the religion, against the preaching of the Gurus. Fellow brothers and sisters, if you are gay, or if you are being open about it, remember, that is what our Gurus would have also wanted you to do. If you are a LGBT Sikh and open about it, you are not going against the religion; instead, you are just being a true follower of the Guru.