Queer or Not, Join Hands and Reclaim Your Freedom 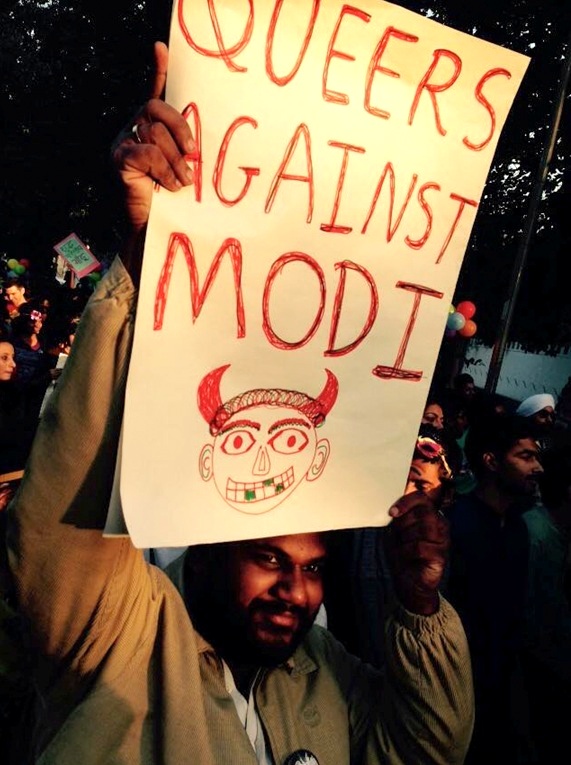 Growing up I had to claim my safe space in a dominant straight/heterosexual culture. My sexuality has constantly been policed by the state, the mainstream literature, by the cinema of our times; by our elders, by the teachers, by the moralists and the politicians. There are millions like me in this country. Queer community is one of the many minority groups in our country. But then there are other minority groups. And you? What about you?

Does that make you feel scared of what’s in store for all us? Do you feel angry?

Most of us are angry and we feel the hostility. Gifted Indian artists who have won Sahitya Academy award like Ashok Vajpeyi and Nayantara Sehgal have recently felt the need to give the prized award back to the state because they don’t identify with the hostile environment created by our current government. Like me and many other minorities they too feel oppressed. In a short note, poet Ashok Vajpeyi writes, ‘’We are on the brink of a tyranny of uniformity and parochialism. Violence, murder, intolerance, bans are creating a fearful ethos. Being in a minority is almost a crime.’’

That’s how we the minorities have felt since the independence of this complex country called India. We’re oppressed and discriminated for who we are for a long long time now. But today, it’s not just us the current government is going after. The BJP and Mr. Prime Minister has made you a direct target and you should feel angry as much as we feel about the current state of affairs. We have a lot to speculate on. It’s time for all us to come together and fight against the fascist government that we accidentally chose and are stuck with. Narendra Modi was elected as our prime minister on 26th of May, 2014. There has not been a single day for the minorities that we have thanked our stars to survive another day under this fascist government. We’re not the only ones counting days unto the next election. This fight is not our alone anymore. The current government is attacking the very idea of freedom of our lives and we need to wake up to this fact. The freedom to be who we are and to express ourselves as we want to is likely to become a luxury that we won’t be able to afford soon The irony is that we still call our nation democratic. But all of us are in this together, whether we belong to the LGBTQ community or the Dalit or just the general population.

I can’t speak for the whole Indian LGBTQ community, but a majority of us oppose the current government. Therefore, we all have to come together because our freedom is under attack and we need to reclaim it. It should also be very clear to us now that whether we are minority or not, we have to come together in fighting against this government that we are stuck with for the next few years.

Sambhav Sharma is a young Indian LGBTQ rights activist who helped drive Queer Campus among students in Delhi since 2010. He is a translator and interpreter by profession. He writes, reads, travels and dreams of a better India, a better world.