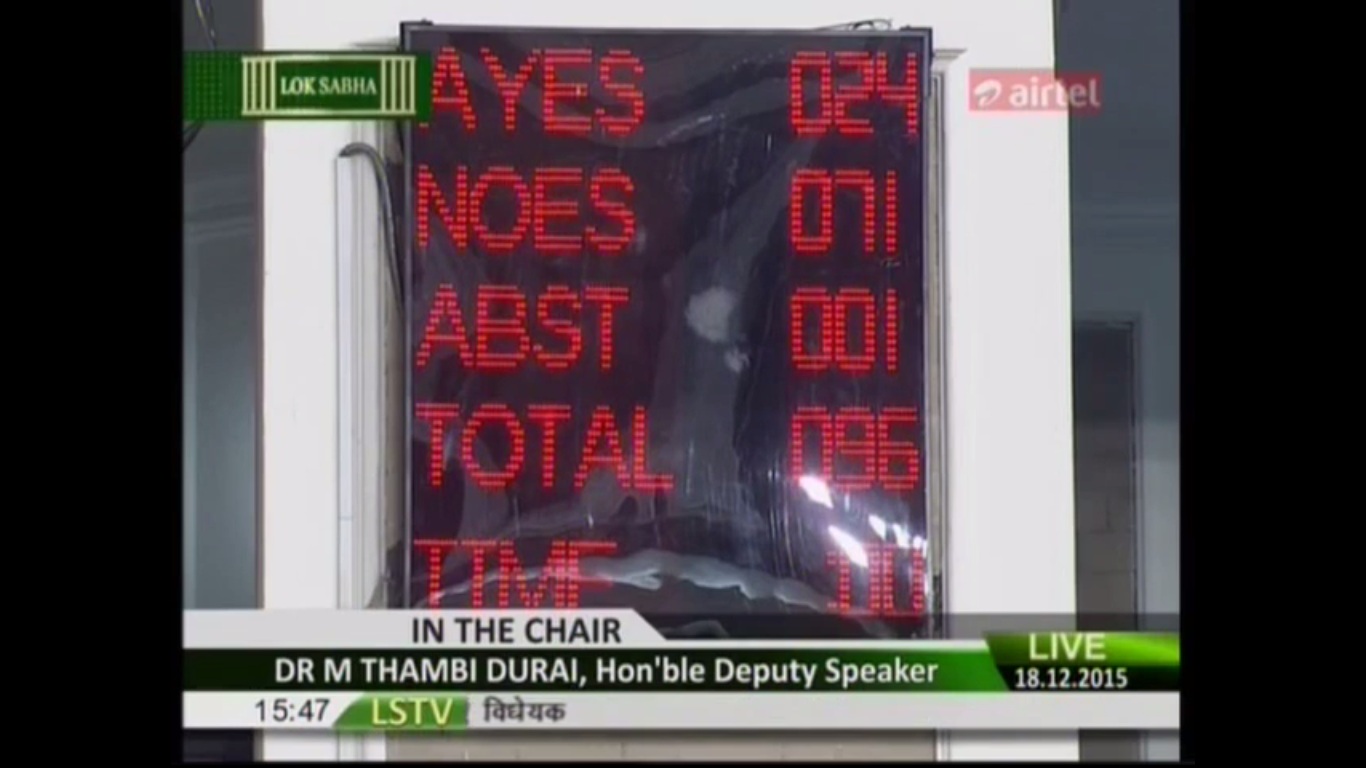 The Private Member’s Bill of Congress MP Shashi Tharoor to amend Section 377 that was introduced in Lok Sabha failed to move ahead, with 71 MPs voting against its introduction, and only 24 voting in favour of it. As Mr. Tharoor began introducing his bill, BJP MP Nishikant Dubey stood up to oppose it and started quoting passages from Supreme Courts judgement of 2013 in support of Section 377. Mr. Tharoor countered the BJP MP by saying that he was quoting in a very partial manner, and read out the part of the judgement where the judges had put the onus on Parliament to amend or repeal Sec 377.

Following this, the Bill was put to vote first via voice vote and then via division to decide if the bill would be admitted for debate or discussion. Only 24 members voted in favour of the introduction, with 71 voting against it and 1 MP abstaining from the vote.

Taking to twitter later, Mr. Tharoor said he was surprise at the intolerance shown, and promised to introduce the bill again in the future. He also pointed out that the notice of intent to oppose the introduction of bill came at the last minute and so he couldn’t rally the support of MPs.

2/2 Notice of intent to oppose introducn of Bill came so late there was no time 2rally support. Will try again in future. We shall overcome!