Transgender Woman Gets Married To Man in Odisha 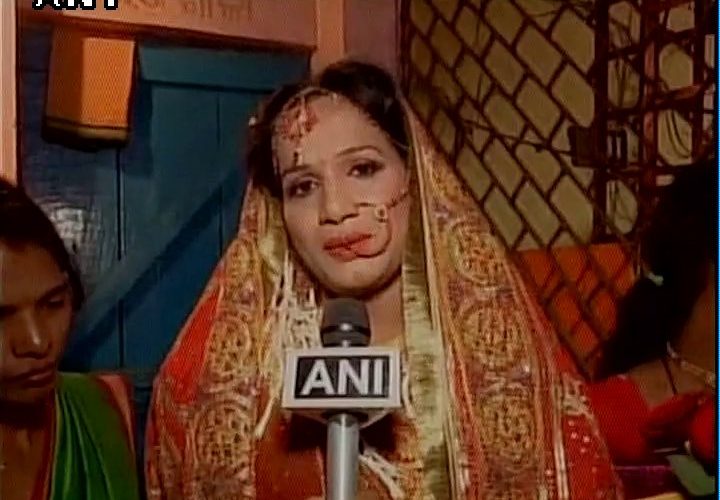 Meghna, a transgender woman from Bhubaneswar, has got married to a man named Basudev in an arranged marriage and according to Hindu rituals. The marriage was reported by news agency ANI. According to media reports, Bhubaneshwar Mayor Anant Narayan Jena attended the marriage ceremony.

Odisha: Transgender woman gets married to a man in Bhubaneswar. pic.twitter.com/EqP1p4zUHE

Meghana told ANI that it was an arranged marriage, and thanked the groom and his family. “I am very happy today and would like to thank Basudev for taking such a bold step to marry a transgender. People think transgenders can’t get married or embrace motherhood, but I am proving them wrong,” she said.

A relative of the groom said, “It (the wedding with the transgender) will give a message to the society and the entire nation that transgenders can also get married.”

This is the second marriage of a transgender woman to a man that has been held publicly. In December 2016, Madhuri, a trans woman from Mumbai, got married to her partner of 2 years in a ceremony that was attended by family and friends of both the bride and groom.

The NALSA judgement of Supreme Court, while giving various rights to transgender, remains silent on the issue of marriages of transgender people.

(Below is a video of the marriage by ANI news. There is a bit of misreporting with respect to Section 377 by the reporter.)