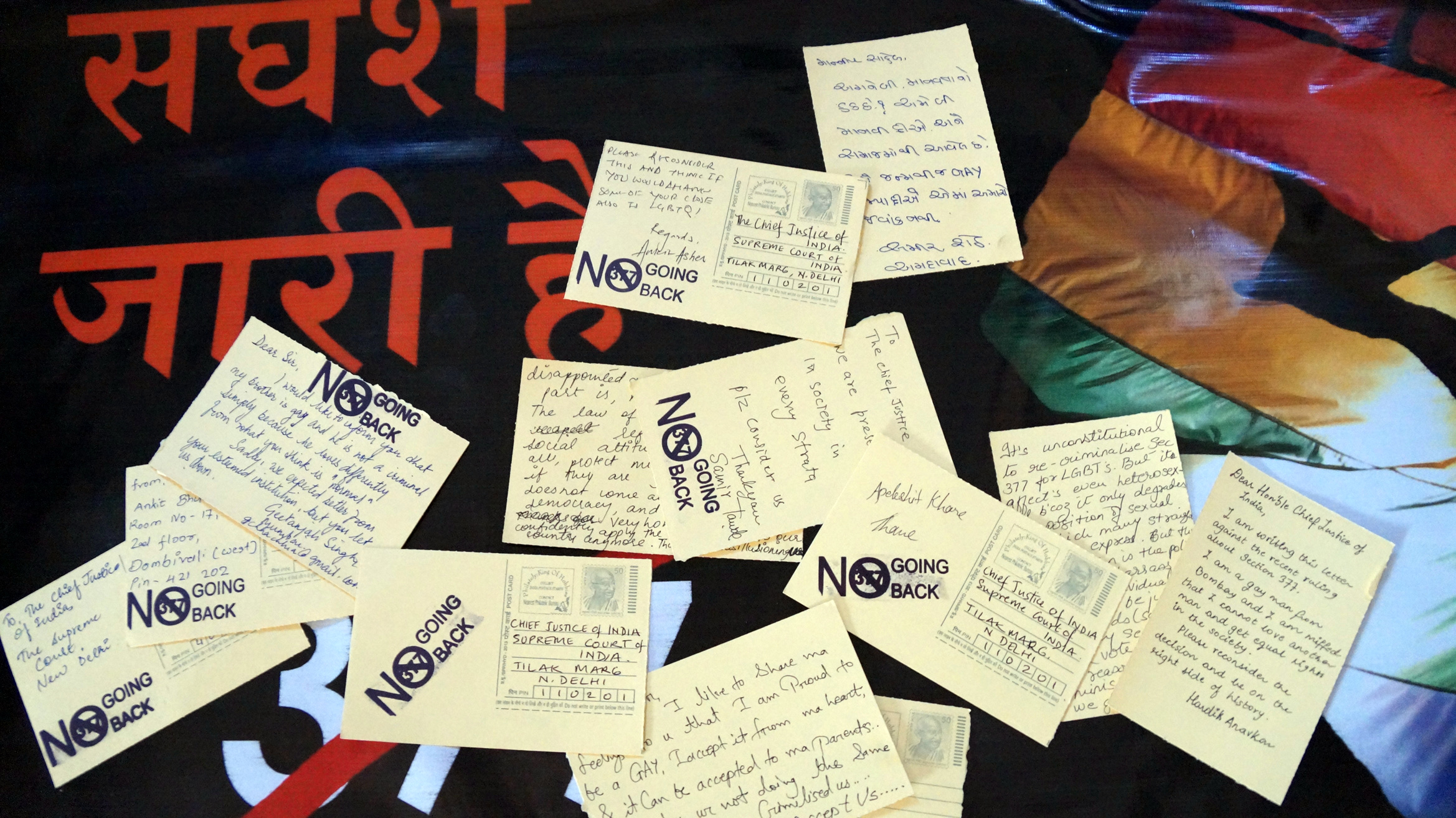 Orinam, a Chennai based LGBTI support organization, has launched a letter-writing campaign to the Supreme Court over the latter’s verdict on the 377 case. They urge community members, supporters of LGBTI rights and allies to voice their disappointment on the infringement of democratic rights as citizens of India and inheritors of India’s inclusive Constitution.

According to Mayur Suresh, one of the campaign originators, “Not only queer rights activists, but many ordinary people feel that the judgement is against the spirit of the Constitution and antithetical to the tenets of a just and diverse society. The campaign creates a space to present the highest judicial institution in the country with these views in a public way.

Far from causing offense or disrepute, the campaign envisages the creation of a platform to voice a reasoned criticism that the SC is robust enough to withstand. It has listened to voices of ordinary citizens in the past and this has boosted morale. While this campaign might or might not have a bearing on the review petitions against the verdict, it would serve as an important and direct channel for highlighting to the Court direct personal evidence on how the verdict has affected persons in the community, thus helping to repudiate the impression that the struggle for gay rights as the preoccupation of a tiny elite for a faceless minority.

Orinam has started to host many of the letters and postcards – more intimate and characterful than emails, they say – on their website, and people have been encouraged to write or type postcards or letters to the Court. People are encouraged to describe how the judgement affects them, their family members and their life in general, but have not been restricted in what they should write. Orinam’s Letters to SC campaign is not only about rational thoughts and reasoning about issues surrounding Section 377, but also a sharing of deep personal feelings and anecdotes of proud, law-abiding citizens of India who now feel relegated to the status of second-class citizens.