When Rainbow Ruled The Streets of Mumbai

Pride, dignity, the feeling of being accepted and being identified as who you are the ability to come out in open with self assurance and confidence are some indispensable rights that have been suppressed, for a major section of our society. It takes great courage to say, I am a homosexual.

Mumbai Pride 2016, got bigger and bolder, it was a crowd of people across geographies. Colorful costumes, innovative headgear and multitude of balloons in rainbow colors were complimented by dhol beats and slogans. Waving of mini rainbow flags, whacky, tongue-in-cheek posters and placards left some people mesmerized and some shocked. India’s LGBTQ community and their supporters showed up in huge numbers to march at the pride parade on Mumbai roads. Through their attire they gave a very strong message to the unaware and orthodox society. 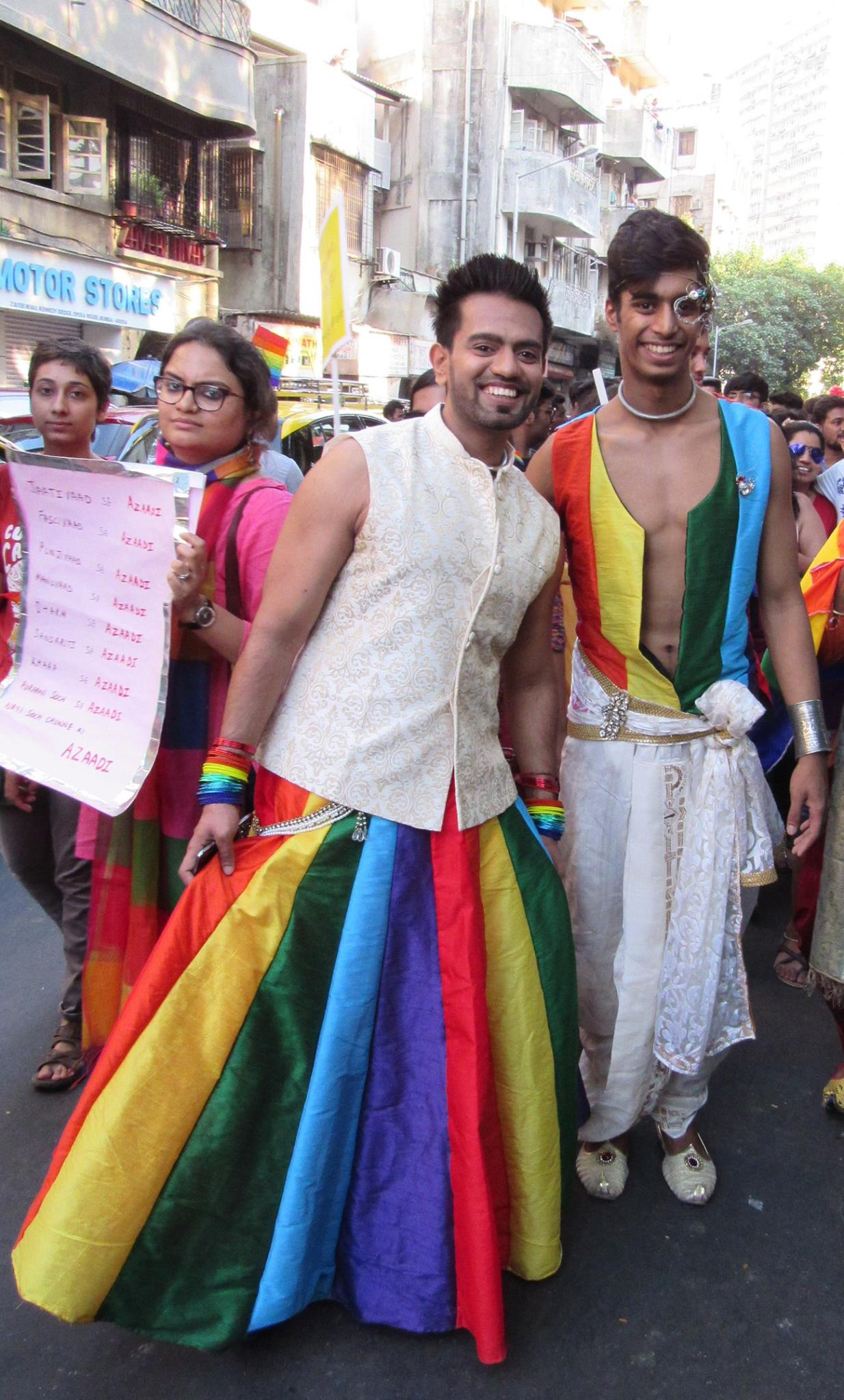 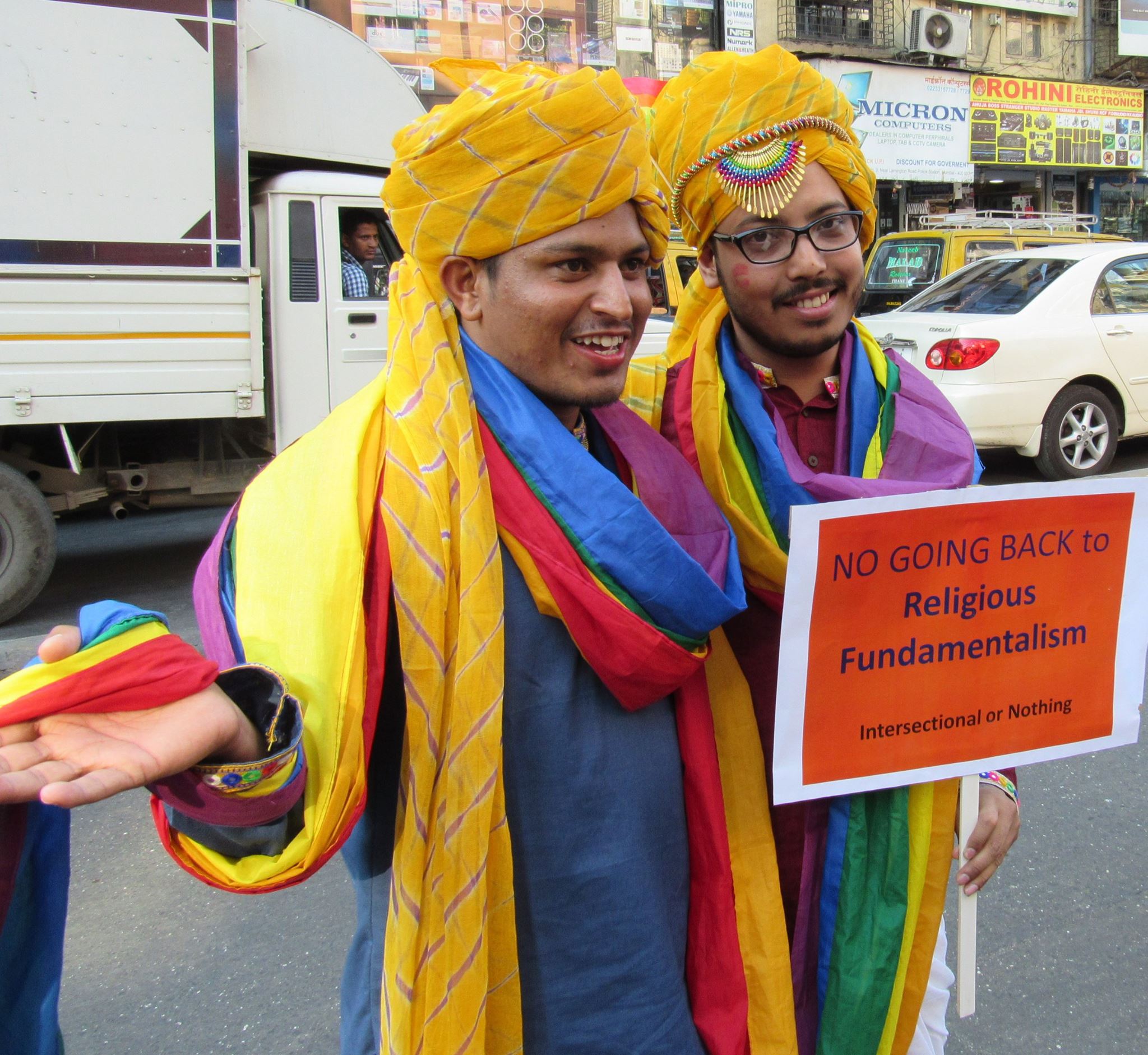 The main aim was, to show that no matter what one’s sexual orientation is we all belong to the same society, country and most importantly we all are humans. There is nothing to be ashamed of. Few highlights were: Sumit Pawar, a social activist from Mumbai was dressed in glory as always. He attends almost all the pride parades organized across the country. Harish Iyer dressed in drag like an angel. Director Hansal Mehta also joined along with actor Manoj Bajpai and Rajkumar Rao in order to promote their film “Aligarh” based on the plight of a homosexual professor. 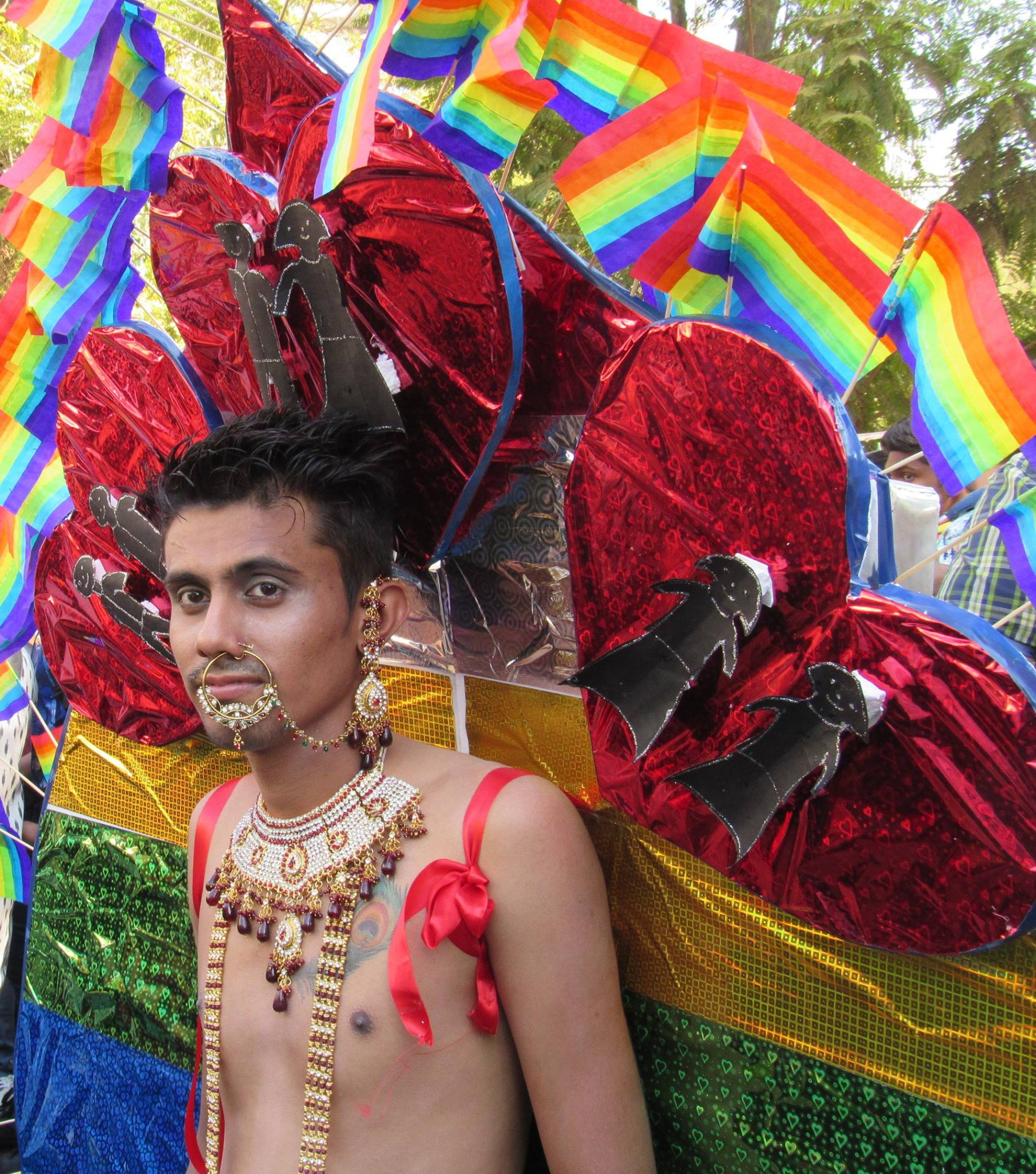 Ideally, the march is all about taking pride in who we are. But this year’s upsurge in numbers is a reflection of the jubilant mood pertaining to acceptance of curative petition against Section 377 by the Supreme Court. They could see rainbow at the end of the tunnel. 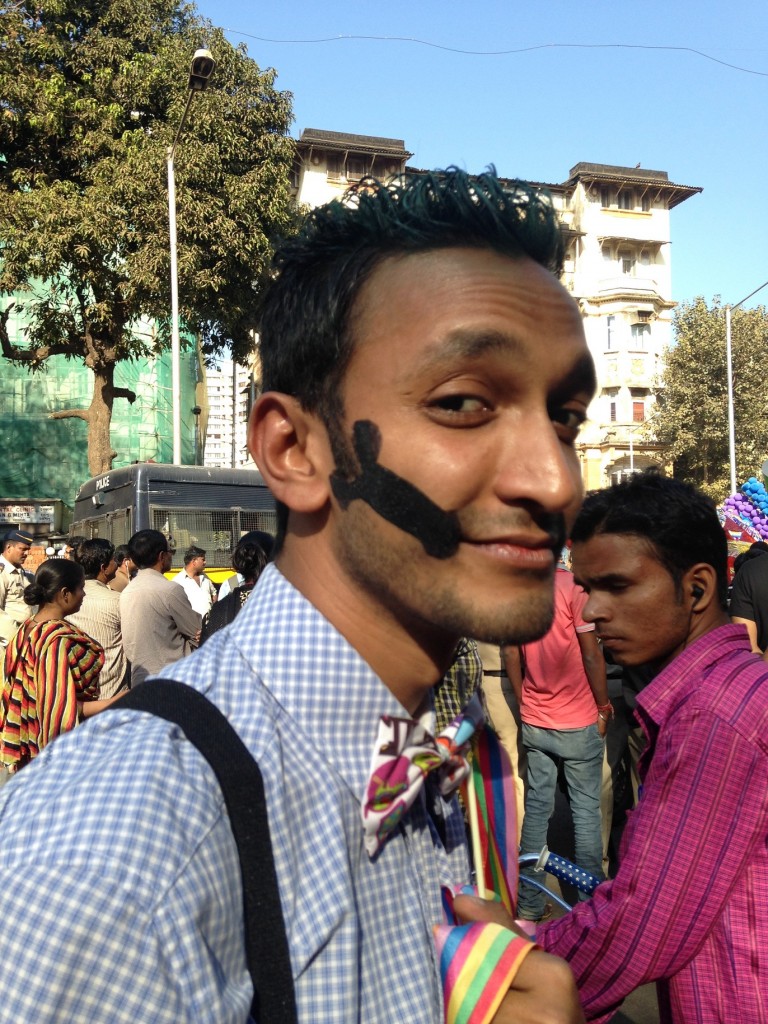 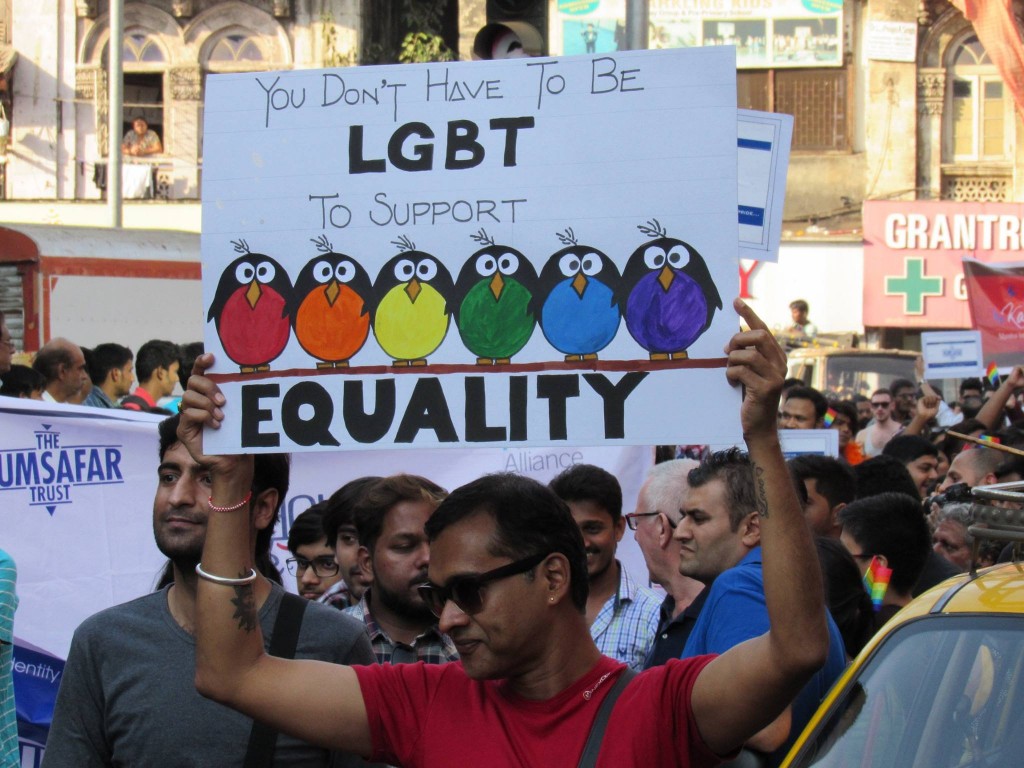 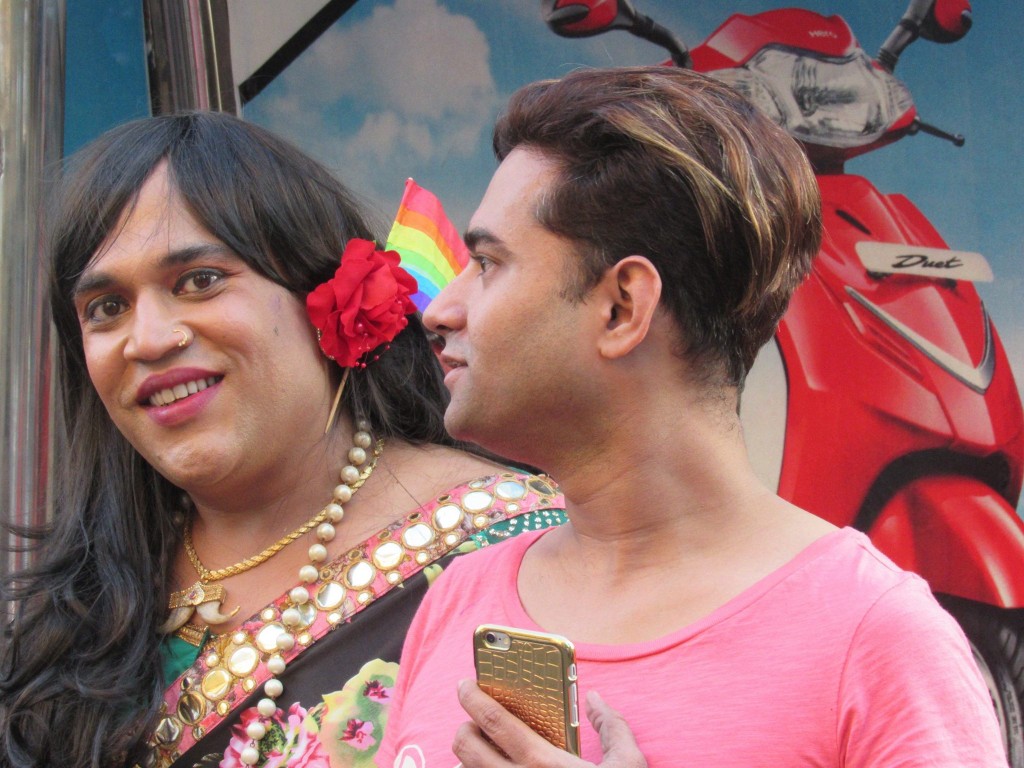 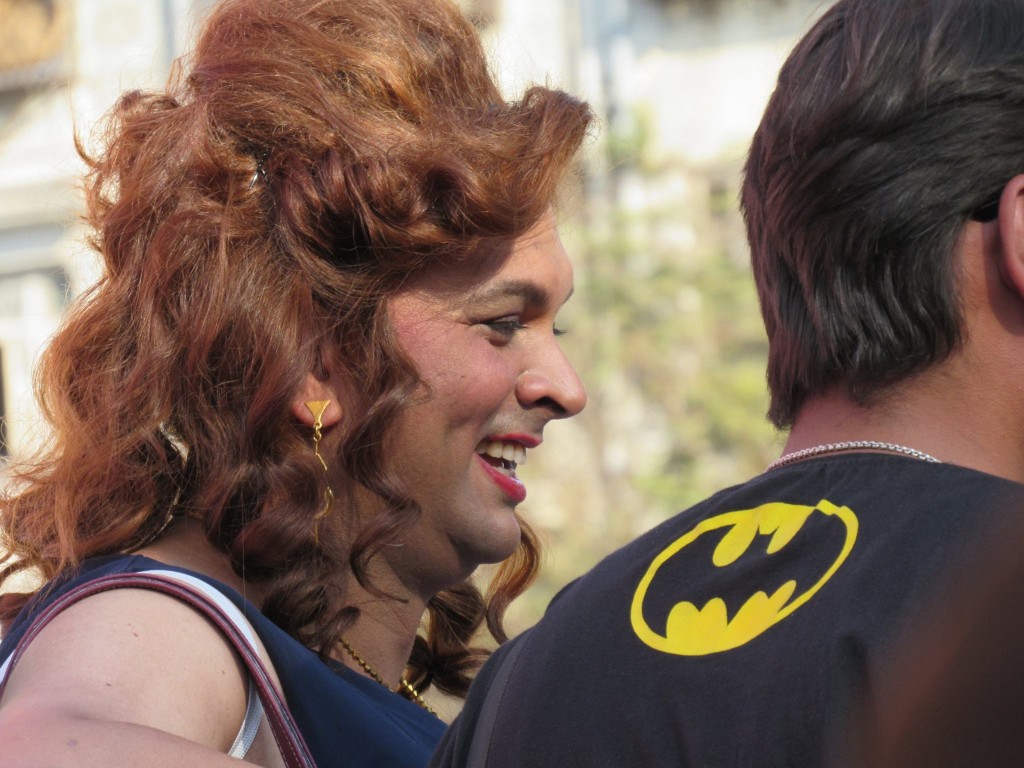 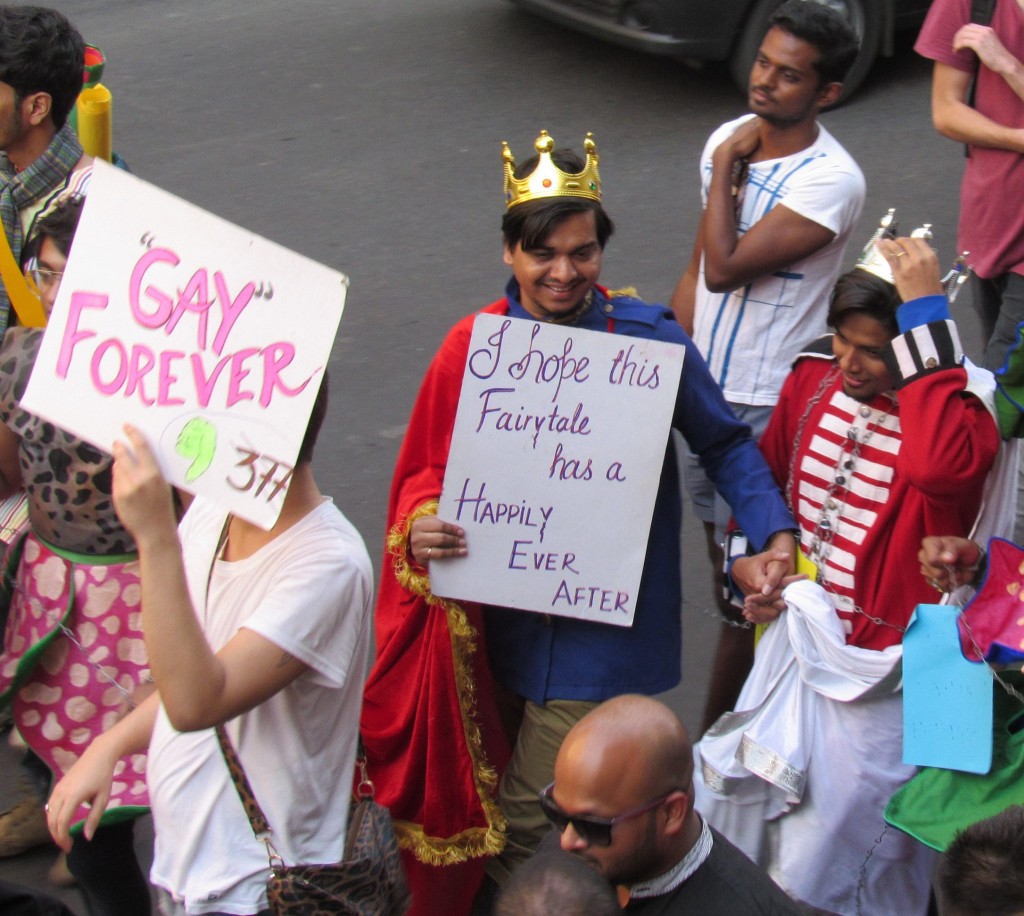 The battle for ‘emancipation’ has been ongoing for LGBTQ community in India. Thankfully, ‘homophobia’ is not celebrated in Indian mainstream any longer. People from all cultures and communities raised their voices and demanded that the archaic Section 377 should be scrapped. If the curative petition does not pronounce the verdict in favor of LGBTQ community, the next recourse would be to put pressure on the parliament to strike down the law or amend it. Apparently, this section has become subject to “varied judicial interpretation” over the past few years. This section of IPC has a capricious, unfair and unreasonable provision because it criminalizes “unnatural sex”, thereby criminalising homosexuality.

Pride March is an expression, a voice, a celebration and a platform to ask for equal rights of these individuals conducted in form of an annual parade in India.

Wow! Did I just write equal rights? Yes I did. It was a proud moment for all of the people who participated to be termed as “equal rights activist” rather than be termed as “LGBTQ activist”. Intersectionality was also much talked about term. The theory believes that we should think of each element or trait of a person as inextricably linked with all of the other elements in order to fully understand one’s identity, which in other way translates into equal space, equal rights and equal duties for all.