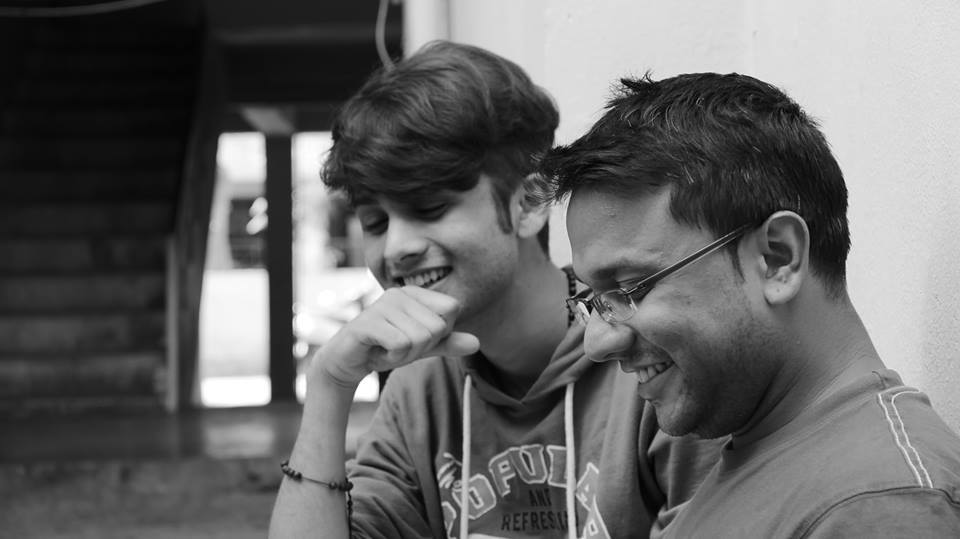 Rajib Mukherjee in a still from ‘Kyunki…’

KASHISH Forward travels to Kolkata with films on gender, sexuality and human rights

“KASHISH is trying to change the world and perspective for people of this community and world at large”, wrote noted author & film critic Bhawana Somaya on her blog. Now KASHISH is all set to take this mission to the East.

KASHISH Forward, the first ever travelling campus LGBT film festival, will now travel to Kolkata with a screening at the esteemed Presidency University on September 29th , thanks to the efforts of Gaylaxy. Hosted by Department of History, Presidency University and Presidency College Chalachitra Samsad, and organized by KASHISH Mumbai International Queer Film Festival, in association with Gaylaxy, this event attempts to raise awareness about issues of gender and sexual minorities among youth. The event will be held on 29th September at AJC Bose Auditorium, Presidency University, between 3:30 pm to 6:30 pm.

“It is important to create awareness about issues faced by LGBT persons, especially problems faced by youth in terms of understanding their identity, bullying they face by their friends, and acceptance by family members. KASHISH is delighted that we are bringing these films to Kolkata to raise awareness,” said Sridhar Rangayan, festival director of KASHISH MIQFF. Rangayan will be talking about the issues and presenting the films in Kolkata.

KASHISH Forward has already had screenings at several colleges in Mumbai – IIT Bombay, Wilson College, Tata Institute of Social Sciences and SCM Sophia – and recently created ripples in Chandigarh where for the first time it screened LGBT films at Panjab University.

Mridu Rai, Professor of History, Presidency University said, “An important task of universities is to shape a body of future leaders of society and makers of opinions who keep their minds open to the rich diversity of life and of fellow human beings. Events such as KASHISH Forward and conversations that grow out of it are an important part of such learning.”

Sukhdeep Singh, founder-editor of Gaylaxy said, “I am thrilled that Gaylaxy could work with Kashish and Presidency University to make this happen. This is the first time that we have collaborated for such an event, and I am really happy that it started from Kolkata, the birth city of me and Gaylaxy.”

The event titled ‘KASHISH Forward’ will screen award winning Indian and international short films and documentaries related to youth and LGBT (lesbian, gay, bisexual, transgender). The films are very sensitive and informational, offering both an Indian and global view about the issue.

This screening is part of the 12 screenings across India being organized by KASHISH Forward, which is the first ever travelling campus LGBT film festival in India. The main objective of this film festival is to ‘create awareness, enable acceptance and inspire empowerment’. This initiative is supported by Movies That Matter (Netherlands).

Echoing the need for such film screenings, Sayantan Dutta, a member of Gaylaxy and student of Undergraduate Second Year B.Sc. Hons. in Biological Sciences said, “I think it is extremely important that such issues be brought up in the campus, because a major part of this social evil is happening in the campus all around the country. Starting from bullying, to even assault, members of the queer community are vulnerable to a variety of such traumatic experiences, and all this stems from a lack of awareness and discussion in the campus. So, I thank KASHISH Forward for creating this forum of discussion, mediated through cinema. Universities like Presidency are coming forward and extending their hand towards such initiatives, and this needs to reach far and wide.”

Some of the films to be screened are ‘Caged’ (The Netherlands) about bullying in campus, ‘Tell Me A Story’ (India) about four short stories on identity, ‘Blue Dress’ (Spain) and ‘A Love Such As This’ about acceptance by a mother of her gay son, ‘Because…’ about pride march, and ‘Stealth’ (USA) about a young transgender girl who comes out in school and the discrimination she faces. The lead actor Kristina Hernandez of this film who is a real life transgender girl won the Best Actress Award at KASHISH 2015.

The film screening will be followed by a panel discussion: ‘Homophobia, Gender Senstitization, and Queer Issues in relation to the Campus’.