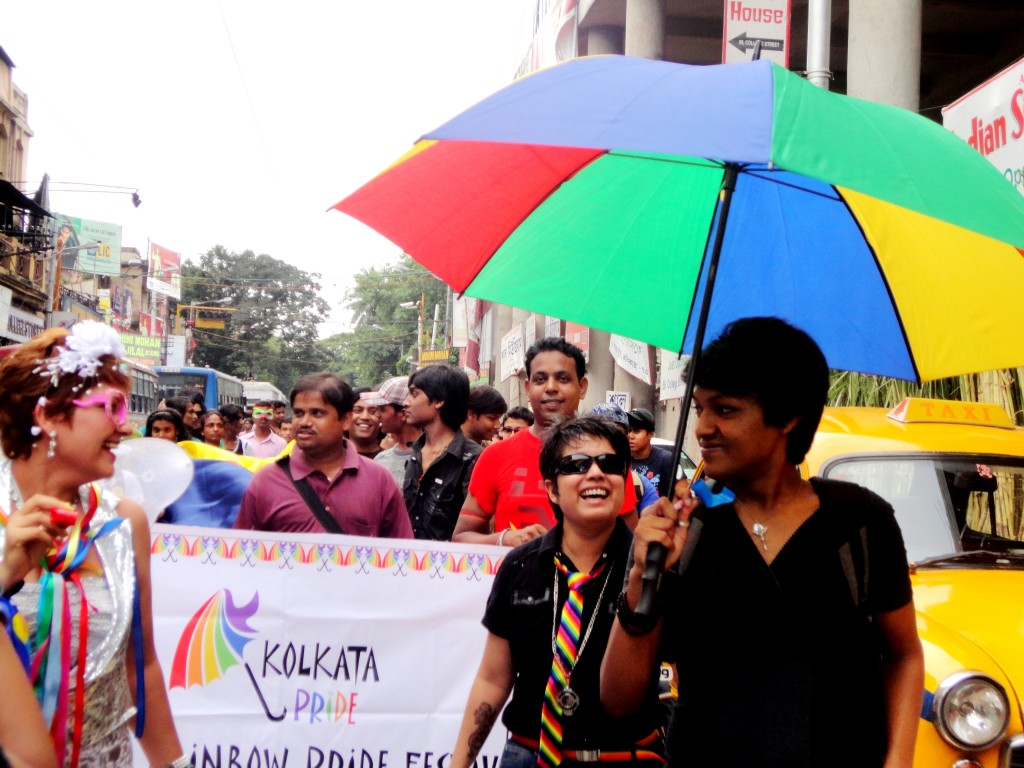 Kolkata is set to experience the annual queer pride walk this July 13th. Kolkata Rainbow Pride Walk (KRPW), as the pride is called in the city, is being organised by the team of KRPW which is an open platform for several organizations and individuals.

The pride will start at 3pm from Triangular Park, a major residential joint in South Kolkata. The walk will pass through Gariahat, a massive market hub, and will finally end at Ladies Park in Park Circus. The walk will be covering 4.5 kilometres. This year, organisers have chosen a different route for the pride walk as they wanted to touch other parts of  the city.

Kolkata Rainbow Pride Festival (KRPF) will be organizing pre-pride Poster and Accessories making workshop on 15th June from 2 PM to 7 PM at WBVHA Tower, near Ruby General Hospital. KRPF’s official spokesperson, Souvik said, “This year we will be talking about the right to gender expression and identity, which must go along with the right to sexual choice and expression, for all kinds of LGBTHKQI people. That way we can strengthen the connection between the recent NALSA judgement of Supreme Court which vouches self determination of gender and the continuing problem of 377.” He added, “The slogans can talk about homophobia, trans-phobia, violence, rape, marital rape and Section 377 of IPC.”

The second public event that KRPF will be hosting will be a fundraiser party before the pride walk. The party will gather the queer crowd and supporters of the city on 5th July to generate revenue for the walk.

Kolkata pride walk has the distinction of being the oldest of its kind in India, having started way back in 1999. KRPF was formed in 2011 to host, co-ordinate and manage this annual event along with several other activities like workshops, art exhibitions, theatre groups etc round the year. This year the organisers are expecting around 2000 members from the queer community and its supporters to participate in the pride walk. Participants of the pride are not only belong to the state of West Bengal, but also from several other eastern states as well as metro cities from India and the World.