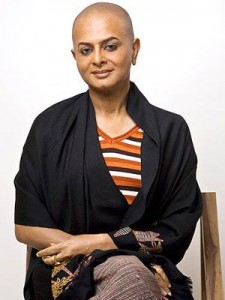 Renowned  Bengali director and actor Rituparno Ghosh died of a heart attack at 7:30am at his residence in Kolkata today. Winner of 12 National Awards and various  international awards, Rituparno’s films often dealt with complex social issues. Rituparno, 49, was also suffering from pancreatitis.

Some of the well known movies of Rituparno include ‘Raincoat’, ‘Chokher Bali’, ‘Antarmahal’ and ‘Noukadubi’. In recent years, many of Rituparno’s movies also dealt with the issue of homosexuality. Rituparno was the script writer and actor for the movie ‘Memories in March’ which was released in 2010. Directed by Sanjay Nag, the movie dealt with how a mother comes to terms with the sexuality of his son after his death. ‘Aar Ekti Premer Golpo’ – a Bengali movie- was another widely acclaimed film dealing with homosexuality with Rituparno Ghosh as a leading actor. ‘Chitrangada : The Crowning Wish’, another film directed and acted by Rituparno, was released in 2012 and was based on the story of Chitrangada from the Mahabharata. It tells the story of a choreographer who is struggling with his gender identity.  Chitrangada won the Special Jury Award at the 60th National Film Awards this year.

The news of the death of Rituparno has left the film fraternity shocked and  appall of gloom descended over Tollywood- the Bengali movie industry.