Book Review: ‘The Broken Amoretti’ is an Utter Failure As a Queer Novel 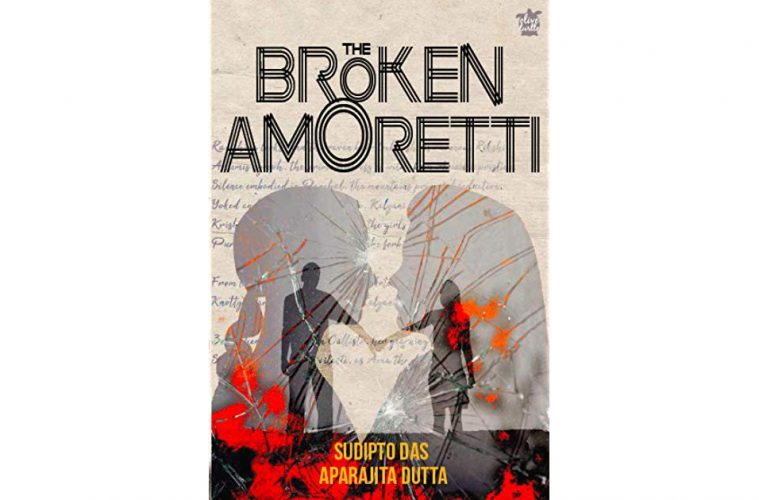 I received this book through Sukhdeep from Gaylaxy, and so began with the assumption that the book would be about someone, somehow, who falls under our vast LGBTIAQ+ umbrella. (I feel like this is a fair assumption.) And the narrative does open with Saoli, who is clearly lesbian or bisexual.

Saoli is an academic whose area of expertise is lesbian literature. She meets Parushni at a conference where they present papers on the theory and practice of lesbianing. But they think they are straight! Does this happen? I suppose it must, but my first judgement of such people is that they are very stupid indeed. Saoli, through a series of happy arrangements, meets Parush, Parushni’s brother, and finds a diary written by Panchali, who was Parush’s girlfriend’s mother. Parush is in India under a cloud, accused of fraud and scandal in the United States. For no reason I find believable, Saoli spends the rest of the book telling us Parush’s sad story of love and betrayal and why he committed his illegalities.

So. This is not a book about lesbians, or lesbian love. It is a book about a straight man, whose life is affected by lesbians because he is related to them, has his own heartbreak and then proceeds to commit crimes because his sad little man heart is Broken and he cannot care about other people anymore.

Forgive me if I have little sympathy. The pain of heartbreak is very real, and I know – we all know – how it can feel like we are torn apart by love, how we are fragile and breakable. But I do not believe that we are then given allowances to behave badly with other people – our lies and our betrayals and our crimes are on our heads, and we must face them. I might argue that certain things are not crimes (sex work! Begging!) Or that there are social circumstances which make certain crimes the only way to live, but none of those apply to Parush.

So what is Parush’s sad story? His mother (Sairandhri) had a best friend (Panchali). Panchali had a daughter, Bitasta. Sairandhri had a pathological disapproval of Parush’s and Bitasta’s relationship, and was an unmotherly, cold woman otherwise. At some point, Bitasta breaks up with Parush.

Every woman in Parush’s coterie either loves him or is happy to sleep with him. He has not a single female friend whose love for him is platonic. There are people like this, I know, but usually you can say, this is the attraction. This is what they love. We never find our what this is, and as a reader I personally found him a boring character. At best.

I am trashing this book so thoroughly I have a pang in my heart. Two people poured their hearts into this book. It is their figurative baby. But I cannot love this baby. It needs a stricter editor and someone who said, look, some of this needs to be redone.

The story is overwrought and overwritten, and the sex scenes are so florid they are funny. I think the authors were aiming for lyrical, musical, poetic. Instead we have a messy, bulky, pompous style – or words and of people – that makes almost no sense at times. It’s also old-fashioned, and in American mouths (some of the characters are American) is just completely out of place. The academics speak stiltedly, judgmentally and without love for their subjects. I am back to my notion of editor as midwife, a very necessary addition to making this a better book, a less annoying experience to read.

The positive to this approach for writing is that it is very filmable. There are scenes set in college which I can see very clearly in a Bollywood movie. Bitasta is a textbook Bollywood Manic Pixie Dream Girl – clever, sexual, educated, full of drama and rage. All the other girls and women are drawn to clearly hold no candles to her (even Parushni suffers in comparison, though she seems normal enough to me, and bless her for being the only person whose life does not revolve around Parish and his drama.)

Behind Parush’s story is the unhappy love of Sairandhri and Panchali. Recorded only in Panchali’s dairy of poetry coded through Greek mythology and Hindu folklore, the reader has a sense of an all-too-common tragedy, women who must marry men because they are given no choice. One of those women came out of her pain a saint of forgiving and acceptance. The other became bitter, miserable, and unable to see her child love without resentment and anger. I would love to have seen Parushni’s view of this relationship, of her perspective on her mother and how her mother loved or did not love her family.

But we never get any real insight into those relationships. The novel’s obsessive focus on Parush means that all other lives are cast aside. They are relevant only in how they affect Parush and are related to him.

As a queer novel, this book is an utter failure, unable to embrace lesbian love and look it in the eye. As a novel for straight readers, all readers, it is not much better. Filtered through Parush’s sociopathic eyes, women and love disappear into hunger and greed. Lesbians may exist only with straight permission and if they have a neutral impact on straight lives. I cannot recommend this novel unless you play a drinking game alongside it for every over-wrought phrase, every asshole move. That, at least, would be entertaining.

Rohini Malur
Rohini Malur is a tarot reader, a poet, writer and general layabout. She lives in Bangalore, and is waiting to be claimed by her cat. In her spare time she is bisexual; in a parallel universe she is a dashing starship captain. She is powered by caffeine and sugar.