Official Trailer of ‘EMERGENCE: Out of the Shadows’, an Indo-Canadian Feature Documentary About Gay South Asians Released 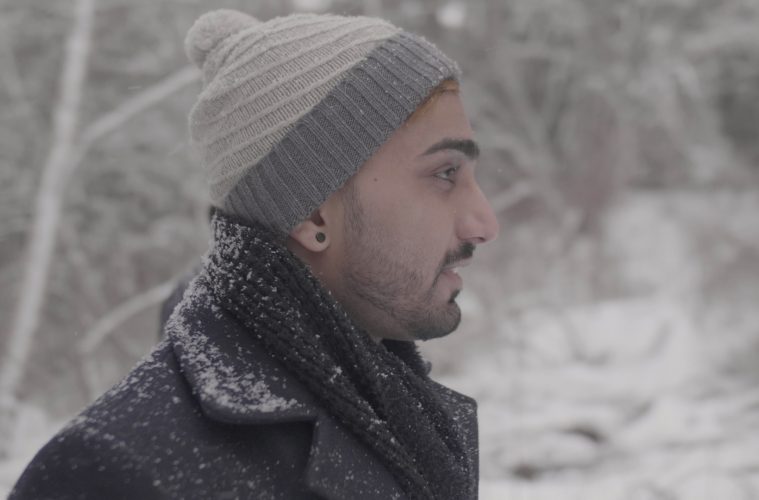 Sher Films had released the official trailer for its debut feature film, Emergence: Out of the Shadows. The film explores the struggles and strengths of two South Asians who have emerged from similar experiences in Vancouver– a gay man, Alex who is also the film’s producer, and a gay woman, Jag. Sharing their stories of coming out experiences gives a rare glimpse into the challenges faced with traditional South Asian families.

Kayden is a very courageous young immigrant to Canada, from India, who shares his story about being disowned by his family for being gay.  Emergence: Out of the Shadows moves beyond being a true story of survival, resourcefulness, and resilience. It illuminates the trauma of family rejection and its impact on emotional and psychological health, especially for this young man.

“The film can help you understand the lived experience and especially the barriers faced by gay and lesbian members of the South Asian community in Metro Vancouver and abroad.  What makes Emergence: Out of the Shadows different is the fact that the film provides a rare insight and voice for the parents of gay and lesbian South Asians. The parents address how “coming out” is not only life-changing for their children but also life-altering for the parents who are left with broken dreams and unanswered questions.  The film focuses on the rights of gay and lesbian individuals to live an open and respectable life despite traditional and often strict family values and socio-cultural pressures,” states the film’s director Vinay Giridhar who is making his feature film debut.

The documentary illustrates how some South Asians in Metro Vancouver are coming out of the shadows, breaking the taboo and living a life they aspired to live.

For Kayden, Jag, and Amar, awakening to and expressing their sexuality within conservative South Asian families was a lonely and terrifying experience. Heart-wrenching and healing, their distinct coming-out paths offer comfort, compassion, and inspiration to individuals and communities struggling with acceptance.

“There really are not a lot of ‘feature’ films about gay and lesbian people and their Punjabi Sikh families. It’s really pioneering in its effort and breaking new ground. We hope the film will be a valuable resource for the South Asian and broader community and add to the small body of work that already exists in this area,” states the film’s producer Alex Sangha.

Emergence: Out of the Shadows is filled with overpowering emotions, shocking revelations, sombre moods, teary eyed narrative and a ray of hope, giving a new tone and tenor to the whole idea of love and acceptance.