Interview With Eyinah- The Writer, Illustrator Behind ‘My Chacha is Gay’ Comic Series 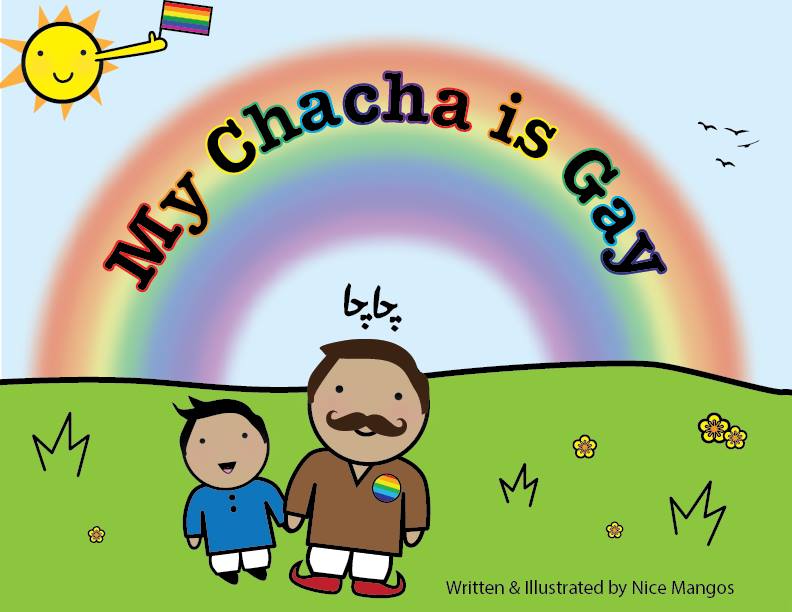 I came to know of Eiynah, a Canadian based writer, blogger, illustrator and activist of Pakistani origins back in 2011 when she submitted her work for Chay magazine. It was an equally engrossing experience to go through her other writings and illustrations on her blog. Her undaunting writing style complemented her equally intelligent illustrations which always perpetuated people to read, talk and think about all those pivotal issues of social significance which are labeled taboo and shelved under the carpet. Though her writings shocked quite a few people but with their help she has brought the controversial and sensitive issues in public sphere, where they can be discussed. Her main purpose doesn’t only seem to initiate discussions but also to create awareness among the masses. Following this, she recently launched a book for children tackling the issue of homophobia in a Pakistani context. My Chacha is Gay, tells the story of young Ahmed whose uncle (chacha) is gay and he wonders at the societal homophobia because for him it’s just another manifestation of love, like that of his own parents. Recently, I had the privilege to talk to her for Gaylaxy about this delightful initiative which has become a crowd-funded campaign now.

What was your inspiration behind starting this initiative?

As an illustrator and writer – I have been interested in writing kids’ books for a while now, especially Pakistani children’s books. I feel there are very few resources for children in our country that are not painted with a religious brush. When I see the state Pakistan’s in, I feel like perhaps we need to start on teaching social acceptance and tolerance at a younger age. I don’t think majority of us see the urgency of doing that. If we did, things might be different. That’s basically served as the aim for this book. 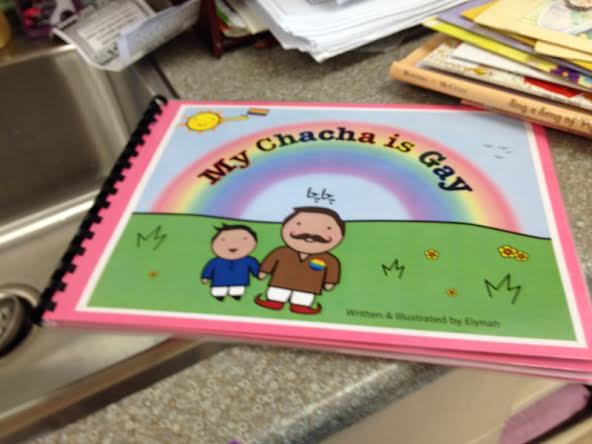 Don’t you think that targeting adults would have been a more commercially viable opportunity than a children’s comic book?

It’s not a comic book, simply a children’s story book. But the catch here is that it’s not only aimed at children. I feel in some cases this simplified message might be easier to understand for some adults too. As for ‘commercially viable’, I don’t do anything for financial aspects. If I was interested in making a lot of money, I would not be an artist. I’m opinionated and the only way to silence the thoughts that buzz around my head is to spit them out on paper/or screen. Educating masses is where my interest lies, specifically creating awareness regarding the issues of social equality, gender and sexuality and several others. These are topics that are not often focused on in our culture, and hence, leave a lot of confusion. 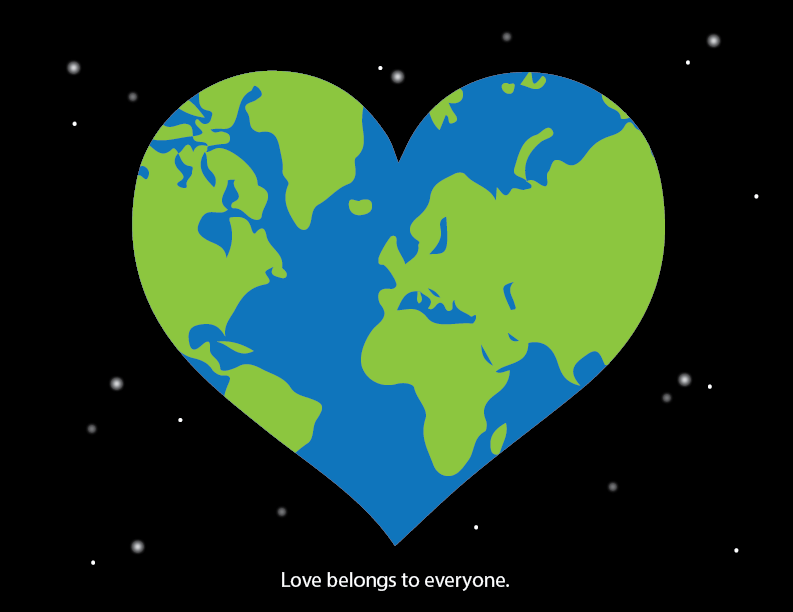 What is the kind of response you have received so far from the community, especially Pakistanis and queers, over this book?

The response from Pakistan has been overwhelming. It’s been mostly positive and incredible. I had no idea that it would touch so many people. I think Chacha can serve as a doorway to the discussions surrounding all kinds of inequality. The Pakistani Queer community hasn’t been very much outspoken in general about this project. The few who have shared their views have been supportive. Also, Pakistani queer expats have been huge supporters for sure. But in general, I feel like a lot of different kinds of people have rallied behind the project and supported it, not just the queer community. To me, this is indicative of the fact that times are changing, and a nice cross-section of ‘everyone’ is interested in progress and equality.

Also, My Chacha is Gay was even read in assembly on the big screen in one school (in Canada) and it was so heartwarming to see that. The children seemed to love it. They enjoyed doing Chacha’s coloring page too. It just goes to show that things like prejudices are socially learned and no one is born to hate another. Just imagine the possibilities if we were specifically taught of social acceptance, tolerance and diversity. 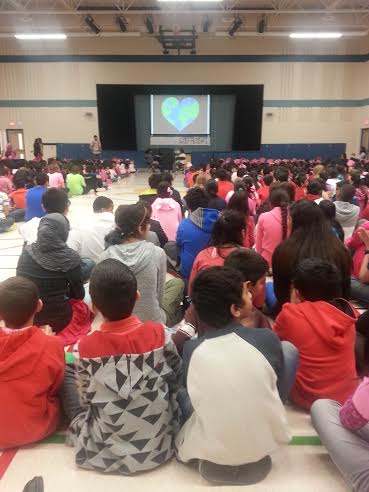 Although, we did experience a backlash in schools with Pakistani and Muslim parents. They were claiming that it was a ‘misrepresentation’ of their culture. The interesting thing I noticed is that many parents were upset over it because the story is about a South-Asian Chacha. If it had been an ‘uncle’ from another culture, there wouldn’t be much hue and cry as parents could distance themselves from it and could tell their children that this doesn’t happen in ‘our culture’.

Are you receiving hate mails over this project? Tell us about it and how you are dealing with it?

The hate mail didn’t come as a surprise to me as I knew it would come. It started when I initially posted the book on my blog. It’s been the typical things you would expect to hear like, “You are sick, promoting immorality”, “You are teaching children to be gay”, etc. Comments like these demonstrate that this conversation needs to happen in a Pakistani/South Asian context more and more. Other than online, we also received a lot of hate comments on the Radio here in Toronto, surprisingly. They did an hour long show about the book being read in schools and seemed to have only angry parents as guests. Luckily a few supporters also called in too. But everything said aside, this hate mail motivated people to contribute to our crowd-funding campaign, which is good. 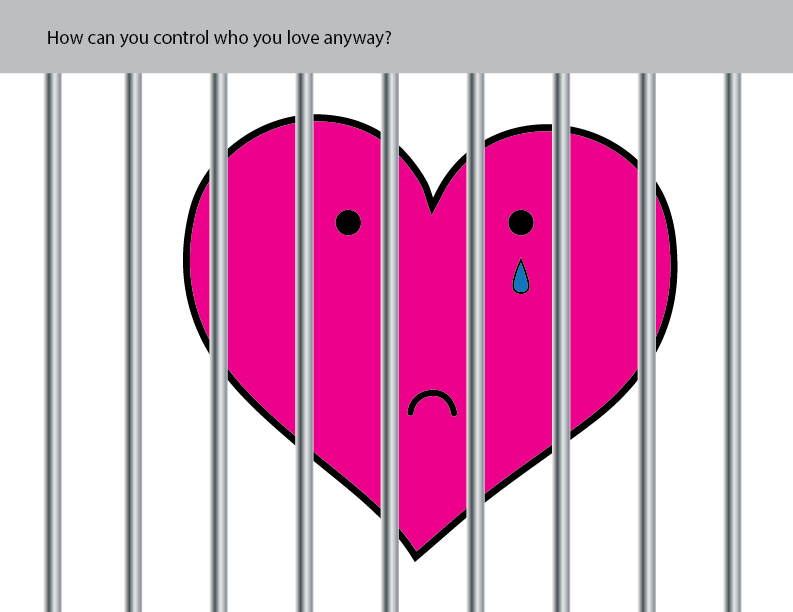 Well other than hate mail, share some messages of support and solidarity you have received so far.

I am so lucky to be able to say that there are so many messages of support and it’s quite hard to share all of them. And I want to take this opportunity to extend my gratitude to everyone for showing so much support. But there was this message I received few days back from a gay Pakistani teenager, who told me that he loved my book and that it was projects like this that gave him hope for a better future in Pakistan, especially for gay youth like himself. This really made my day. Positive comments like these make all the hate mail worthwhile too.

What kind of impact you foresee this campaign will have in Pakistani queer community?

I hope it will at least get the conversation started on a larger scale. I know it has done it in Toronto, where I live. Here we were fortunate enough to have had the book picked up by a school board and read across the city for Day of Pink (which is a day that seeks to create awareness with children about bullying, transphobia and homophobia). 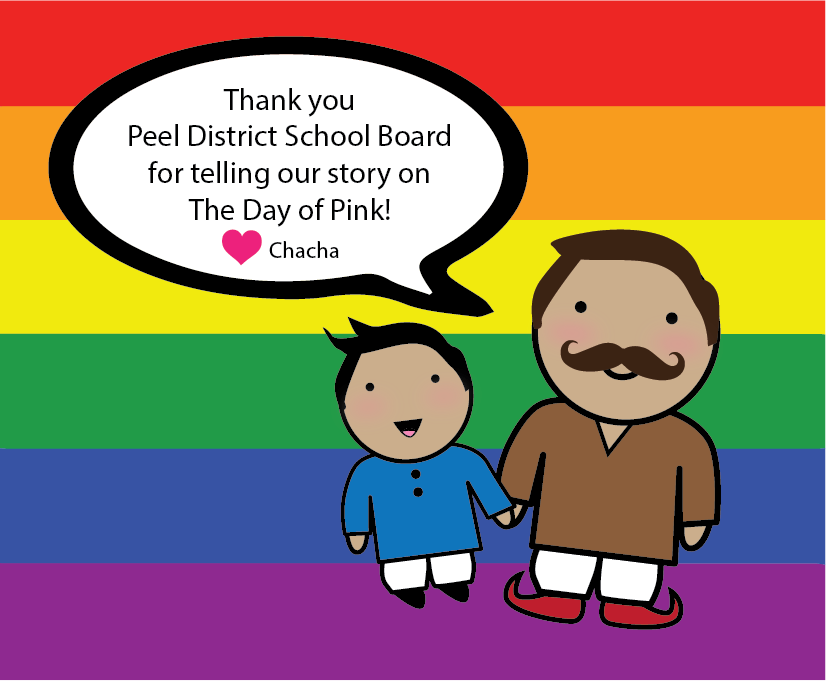 Right now, the book has sparked interest from many countries and I have been receiving emails from all around the world, which is very exciting. It has already been translated into Italian and Pashto and hopefully more soon in other languages too.

I also, hope that the revolutionary step taken by Toronto area schools to embrace this book will encourage schools in other countries too, and maybe, though it might sound like a wishful thinking,but even in Pakistan someday.

NOTE: Individuals who want to support the crowd-funding campaign and details about it can follow this link. 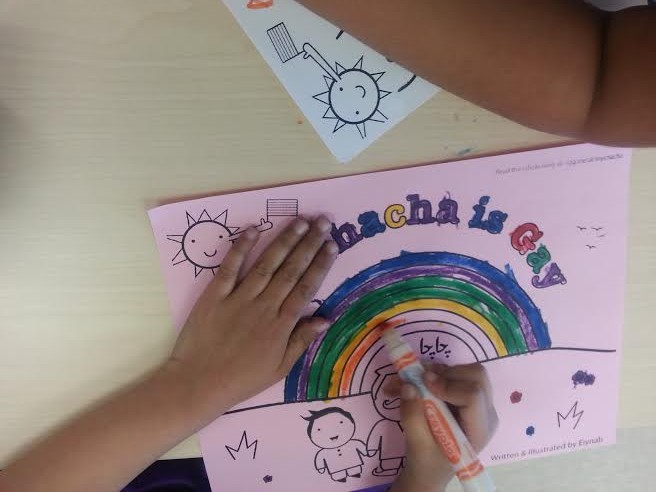