In And Out Of The Closet In Conservative India

When you ask people what freedom means to them you will probably get many different answers. This is because the answer to that question changes from time to time. To Mahatma Gandhi, freedom would have meant freedom from the British rule. To me freedom means being able to love the person I choose to love. But I don’t have that freedom.

It’s almost 70 years since India gained independence from British rule and yet there are Victorian laws that still govern and discriminate many Indians. The one in particular that we are looking at today is Section 377 of the Indian Penal Code (IPC). Basically 377 states that only traditional straight sex in legal and anything else is illegal and punishable with up to 10 years imprisonment. I wish I could blame the Brits for my predicament, but I can’t. They left the country, changed their law and progressed. It’s the Indian law keepers who have let us down.

Section 377 is a controversial law, so back in 2008 it was challenged in the Delhi High Court (DHC). The next year the DHC in a historic judgment ruled that 377 was unconstitutional and struck it down. The case then went on to the SC and last year, in a shocking turn of events, the SC reversed the DHC’s verdict and re-instated 377 and India went back into the closet.

The law is not the only thing that concerns me unfortunately. I am an atheist homosexual living in India, I have a whole list of things to worry about. I turn 24 this year and it’s been 10 years since I first realised that I am gay.

I come from a very conservative family and we live in a very conservative part of South India. When I say conservative, I mean extremely conservative. Sex is taboo and the concept of dating does not exist here. After college one is expected to take over the family business, even if you may not want to and even if you’re not good at it. One is obliged to agree to a traditional arranged marriage where men are married at 26 and women at 24. Women once married are expected to stay at home, have a bunch of kids and take care of the household chores. There has never been a “love marriage” in my family or extended family and that situation in unlikely to change any time soon.

Even at a young age I felt very out of place at home, felt alone and trapped but thankfully I spent very little time at home. I was sent to an esteemed boarding school in the hills very early on, spending 9 months of the year there. When I was younger I used to think this was torture, I truly believed that my parents hated me. But as I grew up that changed, getting to be away from home was the best thing that could happen to me. Twelve years in a boarding school surrounded by a multitude of friends from all over the country made me more confident and helped me broaden my views. I met my best friend there, dated a girl and had my first kiss with a boy there.

After I graduated high school, I moved to Chennai to attend college. I was now in the real world and I loved it. Apart from getting to be completely independent for the first time, I also learnt about 377 for the first time and its defeat. In 2009 I took part in my very first Gay Pride parade in Chennai celebrating the DHC’s verdict. In 2010 I came out to my best friend and this was his very casual response, “I know. Ok, so which movie are we watching this weekend?” His response somehow bought us closer that we had ever been.

Though things seemed to be going well on the surface, there were still many issues that I was struggling to deal with. In a country where almost no one is openly gay, it was next to impossible to find others in my situation. I literally knew no one else who was gay. And since I was still in the closet, I had to be careful about what I said or how I acted when I was around my straight friends. It was a tiring affair, so over the two years I had slowly become more introvert, I stopped going out to meet friends, stayed at home a lot and isolated myself. This lifestyle was depressing, and my mental health took a turn for the worse. I felt safe inside this bubble I had created for myself but I knew it was time for a change. 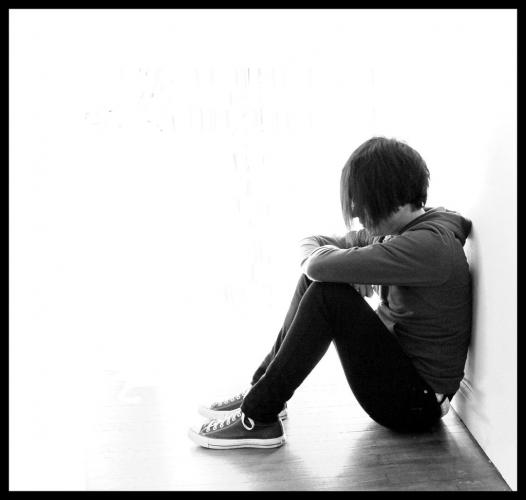 So the next year I moved to France to continue my business degree there. Spending a year abroad is the best thing that can happen to you. I fell in love, with the country, the food, the people and a very cute French guy! There is a certain je ne sais quoi about finding love in France, it was like being in a fairy tale. Things moved fast, we became very close very quick and 4 months after we first met, I moved in with him. We spent 95% of our time together. Being with him was euphoric, it felt good and it was addictive. I got to travel across France and Europe with him and life had never been better, but nothing lasts forever. While I was on cloud nine, back home in India the textiles industry had collapsed and my dad’s business was going under. I got a call from home and things went downhill pretty quickly after that call. My cloud nine life and relationship had to end because Dad wanted me back home, and seeing as how he was paying for everything I had no choice but go back. I had to settle for a Bachelors degree and give up on my Masters degree. What was worse is that moving back home meant I was going back into the closet.

Things were not easy being back home. I had not lived with my parents for longer than two month stretches in more than 17 years. To give you a better perspective, I was only 6 then, and now I was 22. I went from being in a serious relationship to going back into the closet all in just a couple of months was incredibly painful and to make things worse, my best friend and I were not seeing eye to eye. It was 2012 and I was seriously hoping that the Mayans were right about the end of days.

After five months, I felt I’d had enough. I pleaded, begged, bargained and moved to Chennai. I joined a part time HR class to keep my parents happy and lived in a crappy apartment on a budget. This is when the internet became a life saver as I discovered online dating. But dating was difficult, my heart was still in France and everyone I met here was just looking to ‘hook up’. Just when I was about to give up, I met the three gay stooges and an emo kid. Suddenly I had gay friends to whom I could relate. Honestly, they have made the last couple of years so much easier and fun.

A protester holding the rainbow flag in Mumbai (Picture by: Punit Reddy)

I often compare my life to the stock market, a bunch of ups and downs this time a recession was about to hit. It was like déjà vu, I found myself in quite a predicament. Dad wanted me back home again. And just when I thought things could not get any worse, it did. Sec 377 was back in the picture, re-instated by the SC.

I have been home six months now, my Dad wants me to take over a failing business and my Mom has started to bring up marriage. So last month I decided to have a talk with my parents. Don’t worry, I didn’t come out, I know my parents well enough now to know that they will never be ready for that. I told my dad it would be idiotic for me to join him in a failing business especially since I have absolutely no interest in doing so. He was not happy about it but at least he knows where I stand. Currently I am in a state of limbo and I know I still have a long way to go before I have the life I want, but I am hopeful.

As for 377 and India, things still look bleak. The law keepers failed us and put the Government in the spot light. A new government comes in another month and no matter who wins, the homosexuals lose because for our ignorant and relic politicians sex is taboo and gay rights is just a very minor issue that can be ignored. And the truth is, even if by some miracle progress is made, India is just not ready to accept its gay citizens as normal and it may be quite a while before that can happen. 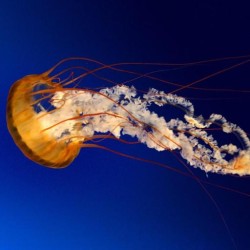