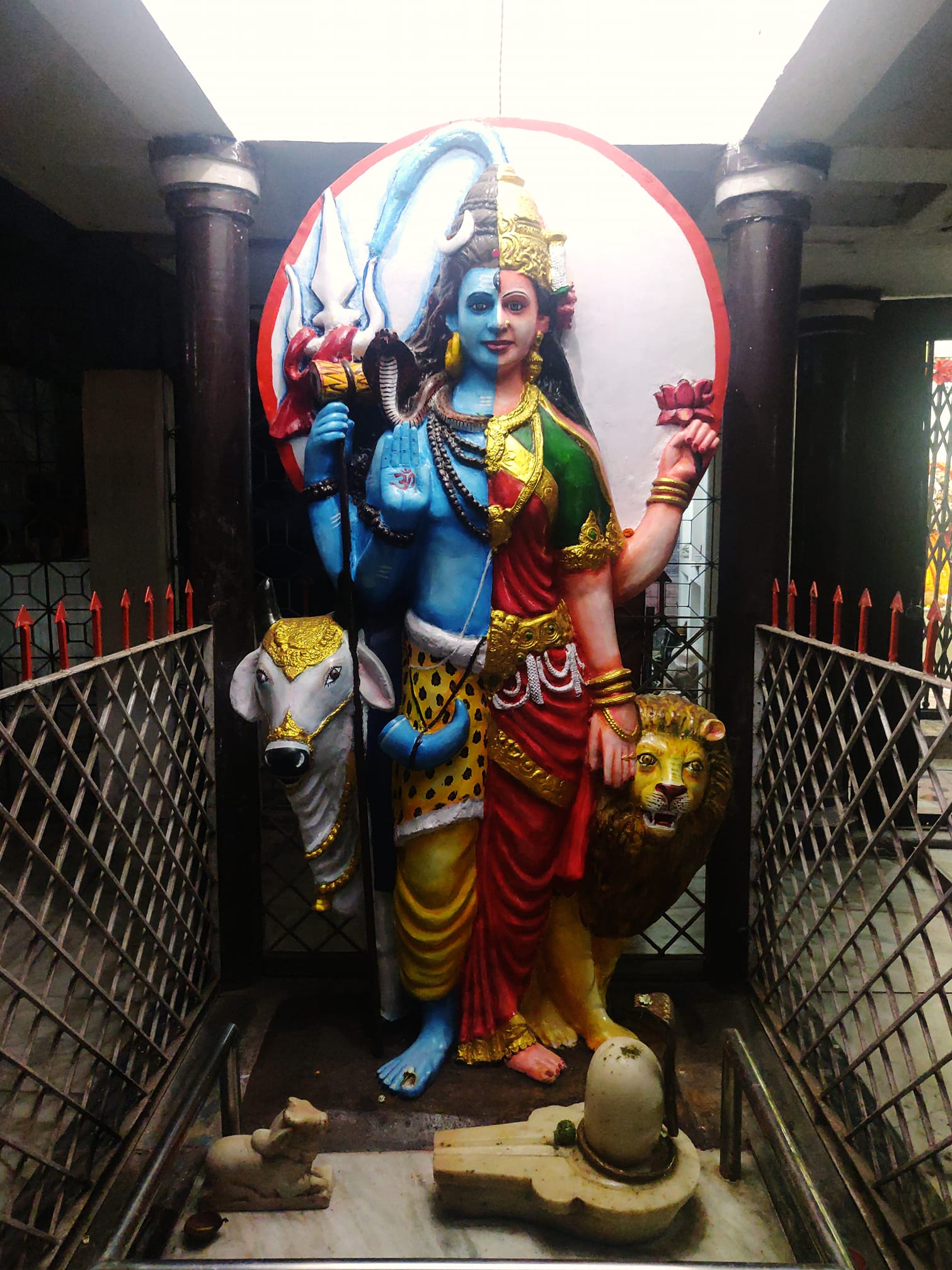 The 21st century is known for its progressive movements, dignifying formerly marginalised sections of society. This century has witnessed recognition, acceptance and empowerment of LGBTQ+ (Lesbian, Gay, Bisexual, Transgender and Queer) individuals across the world. In September 2018, a landmark ruling delivered by the Supreme Court of India, decriminalised Section 377, a regressive British colonial law, which criminalised same-sex relations. Globally, the taboos surrounding gender and sexuality in the South Asian community continue to persist. Incidences of family rejection, societal ostracisation, mental health issues, forced marriages, drug abuse, and suicides dawn upon the lives of South Asian LGBTQ+ individuals. There is still a long way to go for LGBTQ+ recognition – let alone acceptance – in this community.

Glancing at South Asia’s glorious past, a dissonance between the present day attitudes towards LGBTQ+ identities is seen. The recognition of LGBT identities and individuals have existed within mainstream Hindu scriptures for thousands of years. The ‘Dharmashastras’ (codes of law) – including the ‘Manu Smriti’ – and the ‘Kāma Sutra’ (treatise of sensual desires) mention the existence of people of various genders and record relations between members of the same-sex. The Sanskrit dictionary contains as many as 70 different words for gender and the various types of same-sex relations. In the Itihasas (historical accounts), one finds mentions of the the transgender warrior ‘Shikhandin’ and the non-binary form of the Pāndava Prince ‘Arjuna’ as the dancer ‘Brihannala’ in the ‘Mahābharata’. The ‘Vālmiki Rāmāyana’ tells the tale of the birth of Rishi Vashishtha from the male deities, Mitra-Varuna, along with the gender fluidity of Ilā as the ancestor of the Pāndavas and the Kauravas. In the Purānas (mythology), various legends such as Vishnu’s female incarnation, Mohini, consolidate the stance of the Rishis (sages) on gender and sexuality.

However, let us analyse the position of the core of Hinduism – its philosophy – with respect to the rights of LGBTQ+ individuals.

1. Can the concepts of Hindu philosophy offer an explanation for the existence of LGBTQ+ identities?

2. Can these philosophies aid in the eradication of discrimination towards this community?

3. How can ‘Dharma’ (religious duty) and ‘Sanskriti’ (culture) be reconciled with the lives of these individuals?

The Self is neither female, nor male, nor non-binary. Whatever body it inhabits, it becomes identified with that.
– Shwetāshwatara Upanishad (5.10)

We identify with our ego, body, mind and intellect but according to the Upanishads, this is not who we are. They teach us that while the ego, body, mind and intellect form our apparent transient identity, our essential identity is the Self, the consciousness that is free from identity and witnesses all. They propose that the Ātman (the Self) – the unchanging aspect of an individual – inhabits the bodies of all beings and is free from all attributes (Nāma) and forms (Rūpa). Brahman is the ‘Ultimate Reality’ which underpins existence itself, and the Ātman is the form of Brahman present in all beings. ‘Ayam Ātmā Brahma’ (अयम् आत्मा ब्रह्म) – Māndukya Upanishad (1.2). The Self is non-different from the Ultimate Reality itself. The Ātman is beyond the notions of gender and sexuality. These aspects are of the body and the mind.

Currently, there are many theories for the causes of gender dysphoria and alternative sexualities. There is insufficient medical evidence to explain the dysphoria between one’s sex assigned at birth and gender. Studies on preferences across the spectrum of sexuality, including homosexuality and bisexuality, display a partial link between multiple genetic factors, prenatal factors such as hormonal exposure in the womb and birth order in successive male children. However, these factors only account for about a ⅓ of the cause. Which genetic or prenatal factors impact the regions responsible for sexual attraction in the brain? The research is unclear. This does not justify that sexuality or gender identity is a ‘choice’, as environmental influences after birth do not impact sexuality or gender identity.

‘The Self is neither born, nor does it ever die; nor having once existed, does it ever cease to be. The Self is without birth, eternal, immortal, and ageless. It is not destroyed when the body is destroyed.’

In such a scenario, the theory of reincarnation proposed by Hindu philosophy, can offer an explanation to the emergence of a variety of genders and sexual preferences. From one life to the next, one acquires inclinations, desires and characteristics that can be expressed in future lives. As a result, individuals across the spectrums of gender and sexuality are seen in society.

Our psychological framework, often observed from birth, can be explained through the Samskāras (impressions) we have obtained across multiple lifetimes. The mind is composed of the Jña (conscious) and the Ajña (unconscious); the imprints made from previous lifetimes deeply embedded in the unconscious mind, can manifest in any future life.

As the air carries fragrance from place to place, so does the embodied soul carry the mind and senses with it, when it leaves an old body and enters a new one.

Sexuality can be a desire acquired from a previous life which becomes manifest in the next. In many lifetimes, one may form very close bonds with people of a certain gender. The strength in such relationships may manifest as sexual attraction towards the same-sex or both sexes in another life. This may provide the final piece in the puzzle of homosexuality and bisexuality.

Similarly, the existence of transgender, genderfluid, genderqueer and non-binary identities can be explained. Across multiple lives, one may change genders frequently. For example, if one inhabits a female body for multiple lives, one might suddenly be born as a male, resulting in the experience of gender dysphoria.

As we have already established, the concept of an ‘indwelling divinity’ – the Self that is in all beings, is a solution to promote equality between people of different genders and sexualities. The principle of an underlying oneness can enable us to see our shared unity, and perceive our external characteristics as transient. At the same time, we can appreciate our diversity, as we understand them stemming from our former births. Firstly, education on the spectrums of sexuality and gender is essential. It is important to explain that people different from us exist.

Secondly, we must firmly establish that despite these differences, we are fundamentally one. The concept of an ‘indwelling Divinity’ can end all types of discrimination.

Reconciliation between Dharma and Sexuality

Hindu society is heavily centred around family, lineage, traditions and marriage. Homosexuality and bisexuality raise questions regarding ‘Dharma’ – one’s duty towards the family and society. Marriage is for the continuation of the lineage for traditions to continue, and for human population. Gender roles for men and women dictate their duties in a household. Same sex relations bring in a new, unfamiliar dimension to cultural life.

Far better is one’s own imperfect Dharma (inclination/duty), than perfect imitation of another. Death in carrying out one’s own Dharma is preferable than that of another, which is full of danger.

The term ‘Dharma’ can imply one’s intrinsic nature or inclination. Here, if one’s nature is of a particular sexuality or gender, then one is advised to act in accordance to it. Forcing oneself to be another gender or orientation – through conversion therapy, superstitious rituals, and forced marriages – will only bring about destruction in the form of mental health issues, familial collapse, and suicides.

Same-sex behaviour is often stereotyped to be hypersexualised and promiscuous. Can not the ideals of the Vedas be applied to enhance this community and for its integration in social life?

For great fortune, I accept your hand in union until old age.

Same-sex marriages and adoption/surrogacy offer a solution for the familial and social dynamic.

Sexuality can be viewed as ‘nature’s form of population control’ for better distribution of resources. Adoption can be considered a form of ‘Dana’ (charity) which can benefit the lives of many orphaned children. Child rearing through surrogacy can continue the lineage. Perhaps the ideals of Mitra-Varuna can be instilled in same-sex couples today!