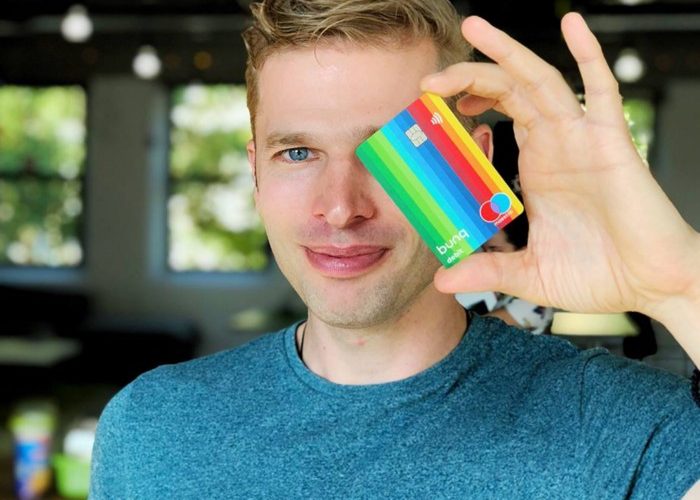 A Dutch man visiting India was “allegedly” attacked and beaten up by 8-10 men at a cafe in Lucknow for using a rainbow coloured debit card issued by his bank Bunq, according to reports in the Dutch Media.

The incident came to light when a Dutch website published the news. The 29 year old man, whose identity remains unknown, is being helped by his travel insurance company Traveller Assist.

According to reports, some local men passed comments on seeing his rainbow coloured debit card. They then “allegedly” attacked and beat him up and passed homophobic slurs and abuses. “They shouted ‘gay’ and said other things that were derogatory. Bystanders told him that afterwards,” according to the reports. It further said that the tourist received bruises to his face and head, and was admitted to a hospital.

However, Gaylaxy has not been able to independently verify the reports/incident, neither have we been able to contact the man who was assaulted.

Bunq, the bank whose card the man was using when he was apparently attacked, released a statement condemning the incident. “The colors of our bunq cards represent the happiness and joy all people of the world associate with seeing the rainbow. Over time some have suggested changing the design of our cards to make them “less gay”. As if being gay would somehow be a bad thing. We are sharing this message to take a stance. Rather than calling for outrage and anger we would like to call on everyone to embrace each other. Black, white, yellow, purple, gay, hetero, bi: in the end, we are all human,” the statement read.

We received some terrible news today. One of our users was attacked in India after paying with his rainbow colored bunq card. We’d like to share our CEO Ali’s personal response with you: https://t.co/JmE1vp5J4A #SpreadLove pic.twitter.com/jS5gmzXcDJ

Gaylaxy reached out to the travel insurance company Traveller Assist on twitter. The company refused to share any details citing a negative pushback as well as a request from the traveller. “Unfortunately, due to the negative pushback that our company has received in this unfortunate incident, and by request of the victim, we will not be commenting any further on this case,” it said.

However, on further prodding, the company cited privacy laws and refused to share details of the hospital where the tourist was admitted. It however shared a statement by the man, wherein he has requested to not be contacted for media interviews. The man claimed that he was not gay, and did not want this incident to lead people to think otherwise, and that he did not want his friends and family to worry about him back home.

“I really don’t want my name in the media to be associated with this. I’m not gay and I don’t want there to be any doubt about that. I still have lots of travelling to do and I don’t want to be a target. I also don’t want my family or friends or colleagues to worry about me while I’m on my travels. In life there will always be people who doubt. That’s their right. I ask, what would my motive be to make this up? The fact is, I was attacked and yes I believe what started it is that someone made a comment to another person about my bunq card with rainbow colours. They asked if I was gay. I said no, but then two other men also started making comments about me being gay. Then a few people surrounded me and then I was kicked. A few other people joined and kicked and punched me. I would just like to forget about this and move on. Please don’t ask me again to comment for news or article. I’m not interested.”

Activists from Lucknow contacted the Dutch Embassy in Delhi, to see if they could assist the person in any way. However, the embassy denied having any knowledge about it and replied, “We are aware of the article in the Dutch press, but no actual consular request for help has reached the Netherlands embassy in New Delhi so far. We are not able to give you more details on the story the Bunq online bank has published nor can we confirm the story.”

Traveller Assist further said that the man has not filed an FIR “because he feared that if they also thought he was gay, it may have had negative consequences for him.” They also said that as an assistance company, “we are not obliged to inform the embassy if we do not require their assistance.”

Homosexuality was decriminalised in India in 2018, and the city of Lucknow has been holding a LGBTQ pride march successfully since 2017. This year, the city also organised a Queer Literature Fest for the first time. Organisers say they have never faced any issues or homophobic attack in any of these events.