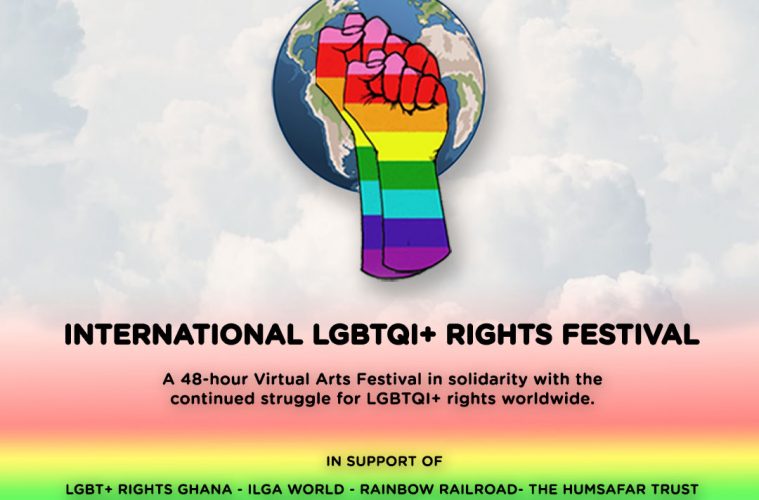 Over 200 participants, musicians, filmmakers, performers, human rights &  LGBTQI+ activists, influencers, allies and global organizations are joining forces to highlight and amplify the front lines of the fight for LGBTQI+ rights throughout the world in some of the most oppressive places globally.

The event will run as a 48-hour online pre-recorded livestream from September 24-26, 2021 through the events website where tickets are also available now for free / by donation with registration.

The event has announced over 50 participants, curators and beneficiaries with global involvement from places as diverse as the US, UK, Zambia, Myanmar, Indonesia, Malaysia, South Africa, Lebanon and more.

The festival is committed to working with as many LGBTQI+ organizations, artists & activists globally as possible on the event collectively and is actively seeking further partnerships, sponsors and participants now through August when the full lineup and schedule will be confirmed. Submissions are active through the website.

International headliners such as US actor and leading trans rights activist Angelica Ross have joined forces with the event.  Best known for her roles on Netflix and television which garnered critical acclaim by fans and critics alike and for her work as a self taught computer programmer with her company TransTech Social Enterprises as the CEO which focuses on providing tech skills to those of trans identity.

Featuring prominent activists such as Bev Ditsie, recently heralded by The Guardian as the “The South African woman who helped liberate lesbians everywhere”. One of the leading organizers of the first Pride march in South Africa in 1990 and the first black lesbian there to come out in the media challenging the discrimination against queer people.  She was also the first person to address LGBTQ+ rights before the U.N. successfully pushing them to adopt resolutions recognizing sexual diversity.  The festival will include talks with this visionary pioneer and screen some of her award winning films such as the monumental and moving, “Simon & I”.

The festival also features some of the most vocal young current activists inside extremely anti LGBTQ hostile countries such Nigeria with Matthew Blaise and Victor Emanuel (Vicwonder) who is also one of the festival organizers who has spent time in jail and been arrested for his work after doing a hunger strike protest in front of his country’s legislature building.

The festival will include faith leaders Rev Naomi Washington and Rev Jide Macaulay from the US and UK, two very outspoken proponents of inclusivity from a religious perspective.

Montreal based label Arbutus Records best known for releasing breakout albums from artists such Grimes and more will present a showcase featuring award winning artists Braids, Das Beat, Lydia Ainsworth and more. All participants have joined with the intent of highlighting this issue and those suffering in silence with the goal of amplifying the importance of the cause.

The event features many participants from inside anti LGBTQI+ countries where even identifying as an ally and being vocally against the current laws or meeting to discuss LGBTQI+ issues have within the last few days landed activists in jail in places like Ghana, Uganda and more.

While there has been great progress on the fight for LGBTQI+ rights the battle ground could not be more active for those in places that continue to struggle where even the act of raising a rainbow flag can have you detained and subject to torture rape and worse.

In places where progress has been made such as Poland, Hungary and even the US with right wing leader Donald Trump, attempts have and are being made to reverse this progress. This fight is important, ongoing and worthwhile in the global battle to unite against oppression and for equality for all.