India’s leading LGBTQ activists Laxmi Narayan Tripathi and Manavendra Singh Gohil were bestowed with the “Rainbow Warrior” Award at the 8th edition of KASHISH Mumbai International Queer Film Festival. The awards were presented to the two activists by Canadian Inuk activist Mona Belleau at the closing ceremony of South Asia’s biggest LGBTQ film festival on May 28, 2017. “It is an honour to be presenting this award to Laxmi Narayan Tripathi and Manavendra Singh,” said Mona Belleau.

“Every year, the KASHISH Rainbow Warrior Award recognizes the exemplary work done by LGBT activists in India and puts a spotlight on the issues they address. This year’s warriors Manavendra Singh Gohil – working with elderly gay men, and Laxmi Narayan Tripathi – working for transgender rights, are an inspiration for generations to come. By lobbying at political and social arenas, these two activists have been able to bring about changes at both grassroots level and in mainstream consciousness,” said Sridhar Rangayan, festival director

Both activists have dedicated themselves to working towards fighting for equal rights for gay men and transgender persons.

“I come from a family of warriors, but it was Ashok Row Kavi who taught me how to fight homophobia and become a Rainbow Warrior,” said Manavendra Singh Gohil. He acknowledged the support received from Oprah Winfrey, who featured him on her show and helped to publicise his work. “It is a big challenge that we are fighting Section 377. There’s a lot of hypocrisy in our society but I really believe that one day, we will get our freedom,” added Manavendra. 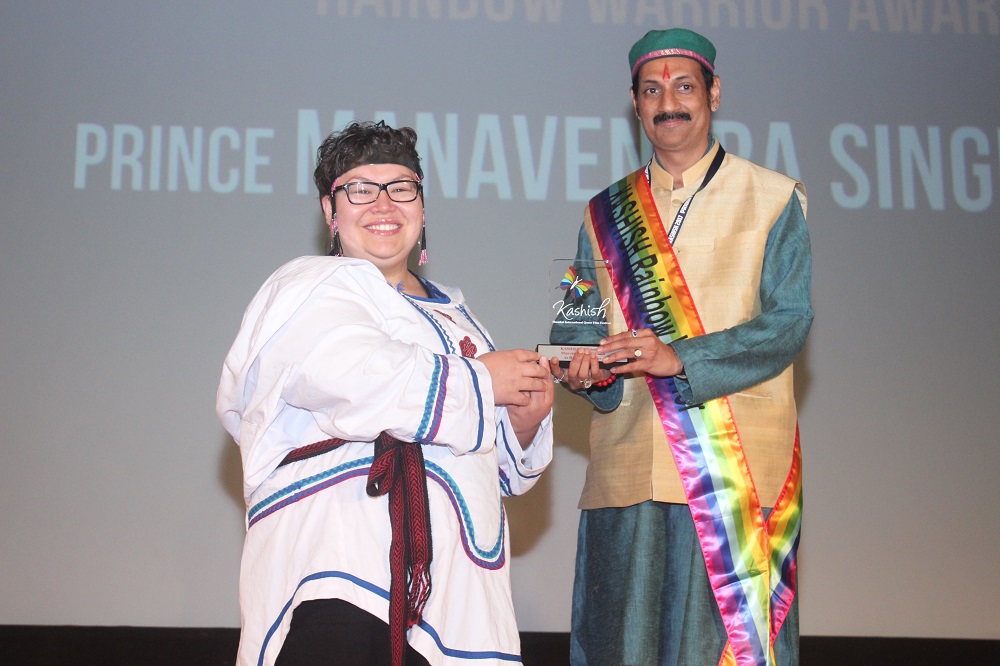 Manavendra Singh Gohil being presented with the Rainbow Warrior Award

“In the journey of finding myself, I was always so scared,” said Laxmi Narayan Tripathi, who mentioned Ashok Row Kavi as one of her mentors and “step mother”. “Over the years the movement has seen lots of changes and taught me so much. We may fight on issues, but stand with each other. There is unconditional love. I thank KASHISH for breaking all the norms of film festivals and for making this the best thing to happen in our country,” added Tripathi. 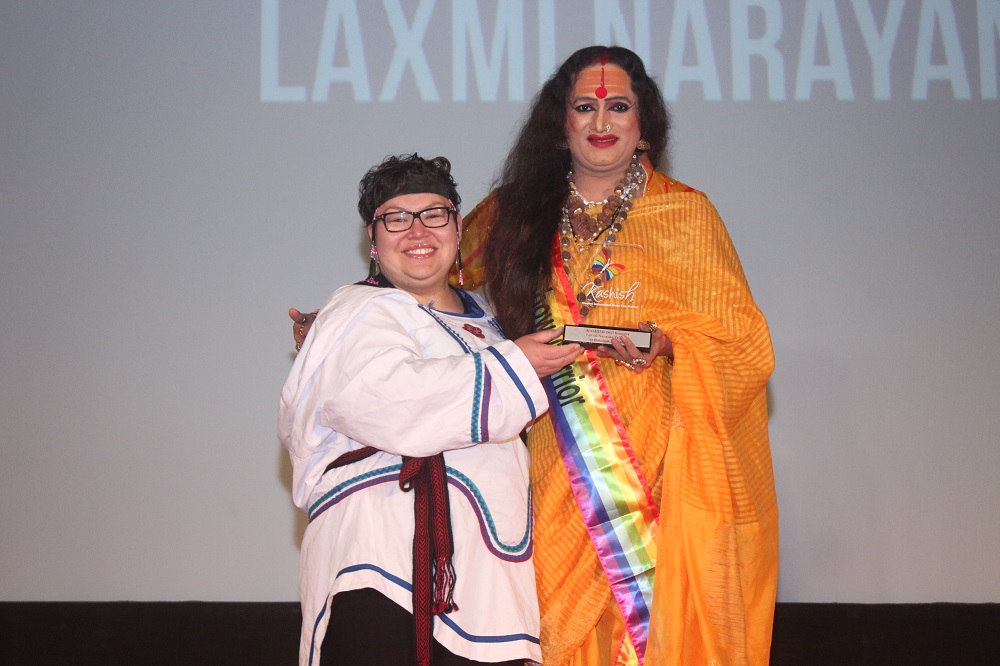 The KASHISH Rainbow Warrior Award, instituted in 2014, recognizes and honours LGBTQ individuals in India who have done path-breaking work in terms of activism or cultural outputs like film, art, fashion, literature to mainstream LGBTQ visibility. The first KASHISH Rainbow Warrior Award was conferred on leading gay rights activist Ashok Row Kavi and India’s top fashion designer Wendell Rodricks in 2014. Betu Singh, one of the first lesbian activists in India who started Sangini Trust, was conferred the award posthumously in 2015. In 2016, academics Ruth Vanita and Saleem Kidwai who are pioneers in researching and reclaiming same-sex love in Indian literature and texts were honoured with the Rainbow Warrior award.