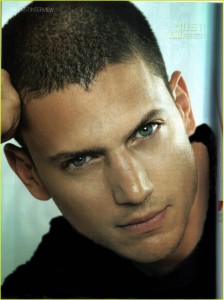 English born American actor Wentworth Miller from Prison Break series fame has come out as gay and protested against Russia’s brutality towards LGBT community. He has rejected an invitation to attend the St. Petersburg International Film Festival, owing to Russia’s anti-LGBT laws. In a letter to the Festival’s Director yesterday, the actor stated, “As a gay man, I must decline,” making headlines for coming out publicly.

Earlier this year, Russian president Vladimir Putin passed a law that prohibits the adoption of Russian-born children to national and international same-sex couples, as well as any couples living in a country that has any LGBT acceptance policies. President Putin has also signed a law which bans the public, including tourists, from presenting pro-LGBT ‘propaganda.’ Such propaganda can include something simple as hand holding, t-shirts, or pro-gay statements. ‘Criminals’ who break these laws are at risk of being fined, arrested, or deported.

On this very context Miller, 41, writes to Maria Averbakh, director of the St. Petersburg International Film Festival, “Thank you for your kind invitation. As someone who has enjoyed visiting Russia in the past and can also claim a degree of Russian ancestry, it would make me happy to say yes. However, as a gay man, I must decline. I am deeply troubled by the current attitude toward and treatment of gay men and women by the Russian government.” He further wrote, “The situation is in no way acceptable, and I cannot in good conscience participate in a celebratory occasion hosted by a country where people like myself are being systematically denied their basic right to live and love openly.” He also said, “If circumstances improve, I’ll be free to make a different choice.”

People in different social networking sites applauded Miller’s brave post as a reply to atrocities in Russia against LGBT community.