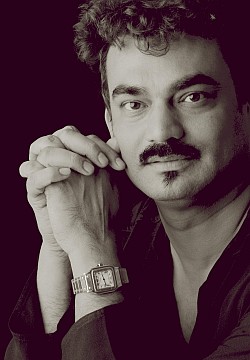 Wendell Rodricks, one of India’s top fashion designers, will pick the winner for the KASHISH 2012 International Poster Contest

Mumbai: KASHISH Mumbai International Queer Film Festival has sent out an open call to artists and designers from across the world to design its official poster for the film fest this year. The contest will be judged by Wendell Rodricks, the man who has set the ramps ablaze in India and abroad, with his trendsetting fashion creations.

“I am delighted to be a judge on a contest that involves everyone to be a part of and contribute to a queer event. This I feel is the best way of breaking down barriers and reducing stigma. I am looking forward to seeing interesting designs from not only India, but from around the world,’’ said Wendell Rodricks.

“We are very excited about Wendell Rodricks agreeing to be the celebrity judge for the contest. Our queer film festival KASHISH actually mirrors Wendell’s thoughts,” says KASHISH film festival director Sridhar Rangayan. “The festival is an attempt to remove misconceptions from people’s mind about lesbian, gay, bisexual and transgender (LGBT) persons. The films, from all over the world to be screened at our festival highlights this fact by showing LGBT persons as human beings with the same range of human emotions as any other person.”

Wendell Rodricks is perhaps the only person in the Indian fashion world who freely and regularly speaks his mind on matters ranging from gay rights to the protection of the environment. He has spoken out clearly about gay rights time and again: “Being gay is not just about the sexual act, but about a deeper emotion called love that one feels for someone of the same gender.”

KASHISH 2012, the third edition of the India’s first and only mainstream queer film festival, will be held between May 23-27, 2012 in Mumbai at a city multiplex.

“The theme for this year is ‘For Everyone’, which means this year’s festival has something to offer for everyone – not just for the LGBT community, but also their families, colleagues and friends. The poster contest, which is open ‘to everyone’, across the world, reflects this spirit,” added Rangayan.

The winner of the poster contest will receive his/her award on the closing night of the film festival, and will include a KASHISH trophy and a gift hamper.

Besides winning a prestigious award as the festival’s official poster, its design will also be featured as hoardings, print and online advertisements, catalogue cover, banners, cinema slides and delegate cards.

For more details about entry rules and details on the contest, check http://kashishmiqff.blogspot.com

Mail your entries to: info.kashishmiqff@gmail.com

The Deadline for the contest has been extended to March 18, 2012, midnight.