A popular Indian YouTuber, CarryMinati aka Ajey Nagar, posted a video last week demeaning TikTok users, which set many records including most liked Indian YouTube video with more than 1 crore likes and 6.6 crore views on May 13, 2020. This video has now been deleted by YouTube for violating its policy. YouTube’s policies do not allow videos that use slurs & stereotypes to incite, bully, harass or promote hatred based on Sexual Orientation, Biological Sex, Gender Identity, Gender Expression, Physical Traits, Religion, etc.

The video was reported by several users because it was aimed to attack other content creators using homophobic slurs such as Meetha (meaning ‘sweet’ but used as an insult, citing lack of ‘masculinity’) and Pari (meaning ‘Fairy’, used to misgender). Note that in South Asia, it is a common practice to insult others by calling them gay or transgender. Further, Ajey says that TikTok creators can be sold at a Meethai ki Dukaan (sweet shop) for Rs. 200, referring to the homophobic slur Meetha. Throughout the video, he resorts to the common homophobic practice of misgendering by addressing the creator as Beti (daughter). At one point, Ajey threatens him with a sexual crime saying, andar se khol ke bajaa denge (I will rip you open and f*ck you).

Despite reporting, the video remained on the platform, due to which, several individuals who identify as LGBTQ+ and their allies spoke against the use of homophobic and transphobic slurs to demean other individuals. LGBTQ+ youths face bullying and harassment from an early age and when popular, homophobic creators like Ajey Nagar use homophobic slurs, it makes lives of LGBTQ+ persons even more difficult. An LGBTQ+ advocacy group called Yes, We Exist, posted an article that I published yesterday about this issue. Concerned users in large numbers tagged YouTube and Google CEO, Sundar Pichai to bring this issue to their attention.

The voice of the LGBTQ+ community was finally heard and the video has now been deleted by YouTube. Additionally, YouTube removed 2 videos by another Indian YouTuber Lakshay Chaudhary, who too, was using transphobic and homophobic slurs to insult other individuals.

This deletion will send out a strong message to all creators that YouTube does not allow homophobic and transphobic content. Last year, Google CEO Sundar Pichai sent an email to LGBTQ+ employees saying that YouTube was taking a ‘hard look’ at its policies to make the platform more safe and inclusive. We hope that YouTube continues to improve its policy enforcement and strives to keep the platform free of transphobia, homophobia, hate speech, bullying and harassment. 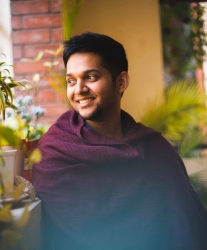 Latest posts by Jeet (see all)