11.12.13, just another day with a miraculous date pattern. I was checking out my phone while waiting for a rickshaw in a long queue when I get a small notification from a news app which said, “SC states that homosexuality is a criminal offense.” I was taken aback. Back would be the apt word, back to 1900. I really believed we live in a nation with a progressive mindset. My misconception was shattered in no time.

A few defended the SC’s decision saying they merely stated the law. Acceptable. But I was surprised that this verdict made a lot of my fellow Indians, some very young, rather happy, both online and offline.

Here is a satirical video by All India Bakchod, a group of comedians that highlight the recent display of ignorance among the masses :

It talks about the common excuses stated by the homophobes to support the law. Many argue how homosexuality is unnatural. Little do they know that forcing a homosexual to be heterosexual is more against the nature than anything else. It’s a natural feeling of attraction, just to the same sex rather than the opposite sex. Talking about unnatural—living in cement houses, traveling by motor cars, wearing clothes, using currency, using computers and phones—are more unnatural.

Some people reason that it goes against nature as gay couples cannot reproduce. So can’t impotent men, infertile women, and the ones practicing celibacy. How is being homosexual any different from being a celibate in that matter? Both can’t produce children. Both don’t affect a third party. Of course, a homosexual can abstain from having sex at all due to the law. But it’s the same as them having sex; it won’t make a difference to anyone else. Neither ways are they going to produce children or commit to something “natural”. So we might as well just ignore them.

My favourite excuse is the “Indian Culture” excuse. Some went on about how homosexuality is a result of Indian culture being influenced by the west and how we ape their culture. Ironically, it was the British that made the law and recognized homosexuality as a sin.

Baba Ramdev and Co. need to take a field trip to Khajuraho, Markandeshwar, and other temples which depict sexual acts that supposedly go against the Indian Culture. For all we know, they might want to bring Sati and the caste system back as a part of Indian Culture.

What people fail to understand is that culture is ever-evolving and must not be a hindrance to basic human rights. Culture is not bigger than love and happiness, which every living being is entitled to. Live and let live, something we often forget.

Another common and vaguely valid point some of the wiser beings make is health issues. Transmission of AIDS and other Sexually Transmitted Diseases (STDs) is definitely a concern. Too bad they haven’t heard of condoms. Besides the natural form of sex also gives rise to STDs. So let’s ban sex in all forms. Sweets can increase chances of diabetes. Ban sweets. Being born is an assurance that you’ll die. So let’s just ban the very process of being born.

These greatly intellectual beings seem to really miss the point. Homosexuals cannot even come out of the closet and confess about their sexual encounter that can lead to any health problems they face. In such cases, it gets difficult to provide them with treatment. Also they won’t get any protection from the law on health basis or abuses. Legalizing homosexual relations will help them get a better life. Homosexuals, especially those in a relationship have to face complaints from neighbours and are often harassed by the police. With a law like this, the police will easily get away while the innocent gays suffer. Therefore it is essential that the law recognizes homosexuality as acceptable.

Some fear that this will encourage people to be gay. Or that it will create a negative influence in the society. Think about it, you love the colour red. But suddenly, yellow is the flavour of the month. Will it stop you from loving the colour red and make you go for a yellow instead? No,right? Sexual orientation is no different. Heterosexuals will stay heterosexuals all their lives. And the ones who get to choose aren’t really homosexuals. They’re called bisexuals. And even if they choose to have sex with someone of the same genitals like them, why should it affect anyone? And why should this have an effect on the society. Frankly, I would be more worried if my child turns out to be a homophobe than a homosexual. Shouldn’t we teach our children to accept people who are different rather than discourage and disrespect it? Shouldn’t we teach our children to respect everyone’s basic rights? You’re allowed to be disgusted, but get over it. The universe isn’t made just for you.

Some aren’t so against homosexuality, but they don’t get what the big fuss is all about. Why would they? It doesn’t affect them. Little do they understand that it defeats the purpose of democracy that we keep crying for. It’s our responsibility to stand up for what is right and give people the respect they deserve in the society. People talk about charity and caring for others but cannot stand up for a discrimination done by our law itself. It is disturbing to see a very forward society supporting section 377 or not caring about it at all. It shows how self-centered people can be. And these are the same people who keep talking about making a difference to the world. I’m really disgusted by such people, but the Indian society glorifies them and shames love and happiness. I hope that the parliament takes a stance and scraps off the law that is against the very nature of the Constitution, as defined by the Preamble. 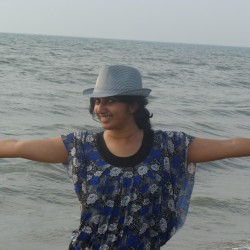 Latest posts by Dyuti (see all)