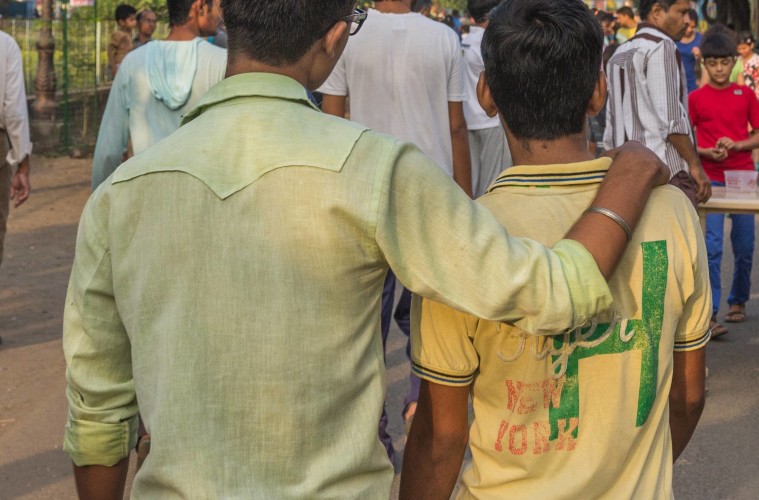 Few friends from Imphal warned me about going to Kangla Gate at night. All of them surprisingly said the same thing: “Those people who visit BT have no class”. I did ask what they meant by “class”. It was a vague reply. It’s sort of “shamelessness, recklessness and no manners.” Well I had a hard time trying to understand their statement. I couldn’t, so I decided to see myself. 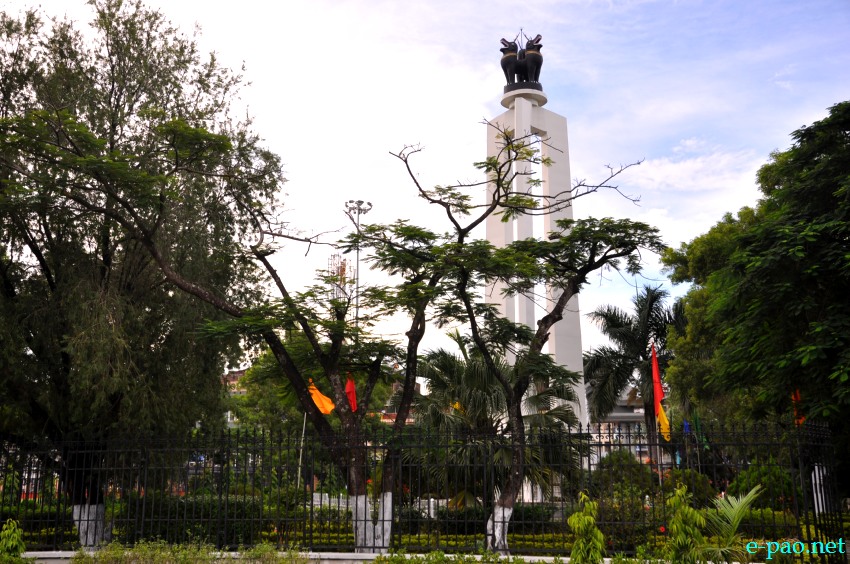 The famous Kangla Gate in the middle of a city, engulfed in dust and approaching darkness in the evening, is brightly lit. Opposite to the gate is the only flyover in Manipur called Bir Tikendrajit Flyover. The then Government took years to complete this structure. And when it was finally completed after a lot of controversies and delays, it turned out much smaller and shorter than the original proposed plan. On the left of the flyover is the historically significant park known as BT Park. In the afternoons and early evening, school and college students, visitors and lovers looking for a pleasant place where they do not have to pay overpriced café bills throng the park. The gatekeeper comes and chases away everyone to close the park at sunset everyday. Outside the park people are rushing back home and the busy markets are getting deserted. The diesel autos that are trying to overtake one another only create a traffic jam in the small road between the park and Johnstone School. And this small road takes a different look once this evening rush is gone. The footpath adjoining the park, partially covered by a long line of low trees and without streetlights nearby make this short passage a favourable space for some hush-hush interactions among men- old and young.

The city acquires a deserted look at sunset. Unlike metropolitan cities, things come to a standstill once the sun goes down in the hills in the west. When I was driving towards Kangla Gate there were few vehicles plying. However, for someone who has gotten used to metropolitan life, Imphal in the evening doesn’t fail to give a sense of being abandoned and deserted. I parked my Activa near the park gate. As I took the turn and headed towards the footpath I saw a big car parked a little ahead. On the other side of the road two men, each sitting on their bikes, I realised, were watching me since the moment I took the turn. I immediately put a different gait about myself. My hips swayed more than it would in any other place. I returned glances to which they said something to each other and got back to watching me; this time more intently. I walked further ahead passing by a mid-thirty who didn’t probably groom his hair, get haircuts at the salons in Keishampat or buy clothes at Gambhir Shopping Centre and wear matching shoes. 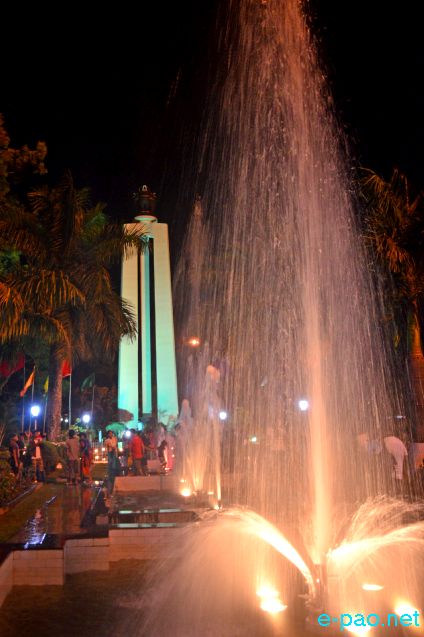 In the dim light I saw his hand stroking his groin while he kept a casual yet careful look on his face. When I passed by his side he quickly scanned me head to toe and then toe to head. It was quick and we almost stared at each other for a second or two. His hands were still on his groin. But I walked ahead to see the man in the car who hadn’t still stepped out of his privilege. I slowed down my pace. In the light from his cell phone, which he seemed pretending to be using, because I saw his head slightly fixed towards me, I saw a fair skinned man. His head was slightly bald in the front but the rest of his hair appeared properly trimmed. His collar shirt was folded till his elbow showing a big golden watch. I imagined that he must have returned from office and probably came here. He must have texted his wife that he would be seeing a friend. He probably earned enough to look after his wife and send his children to the best school in the state and kept his own parents happy enough. But there were secrets that he carefully guarded lest his life would be ruined. So he met strangers in BT and made sure he didn’t divulge any details, not even actual name or address. That must be wearisome; living a dual life.

A little ahead near the end of the footpath, there were two men behind the tree. When I walked towards them, they were not just watching me together but to my surprise they were holding hands and both seemed comfortable enough to each other. I wondered if they were looking for a third lover. I thought I would walk back and take another detour. I was startled by a police jeep coming from the turn where I started. I hurriedly walked further ahead towards the state museum and took the right turn going towards Leima Plaza and Paona Bazaar. Friends had warned me and told me what happened when police caught these men. Since I had parked my Activa near the park gate I still had to come back once the police left. I made up my mind I was coming back. After all, it was still early.