From Kush to Kushboo – The Story of an Indian Drag Queen 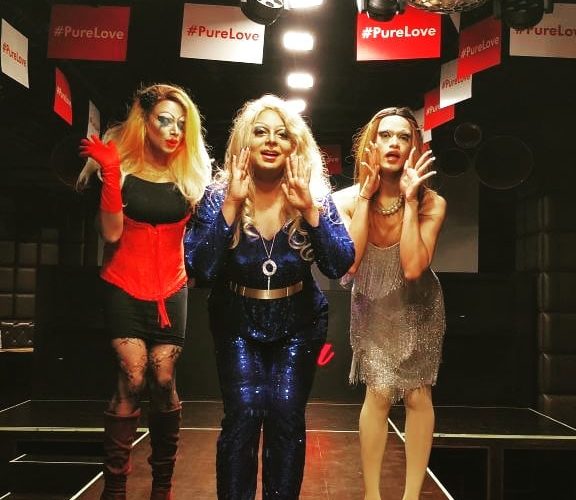 As a child, I always had a fascination for crayons. Mom would groan as I drew inconceivable gibberish on the walls of our home and on every surface I could find. When I wasn’t painting the town red, so to speak, I could be found in a corner sincerely clothing and unclothing all my toys. The toys which did not wear clothes had their heads and limbs interchanged. Only half way to becoming a complete monster, the ability to transform appearances clearly appealed to me at a very young age.

Bullied heavily at the boys’ school I attended, I soon forgot my child-like free spirit and began to diligently perform my duty to society. A studious young boy and sociable pal, I could be found smartly turned out in sweaters and trousers chatting with the adults like a gentleman– or meticulously poring over fantasy-fiction book in a corner. Fictional stories were my one major fascination, and I would devour Harry Potters and Tolkiens. It was considered a harmless hobby. No one had any doubt I was a good boy, and I otherwise performed my assigned gender diligently. I even made it through to a pretty good law college.

But law school changed everything. For one, I met my friend Ayush, who has been with me since. I also began questioning my role and what people expected of me.

Feminism and minority rights were all the rage at college. The lessons in the classroom had a lasting impact. I learnt that gender is really a social construct based on the assumption that biology decides how you should look, act and talk in society. Nature shows us that most people naturally look, act and talk a variety of ways which do not follow the man-made rules of gender.

Not all men want to marry women, and not all women like to wear makeup and live in the kitchen. People are actually indoctrinated with gendered roles from an early age with young boys are scolded for playing with dolls and girls are forbidden from playing in the mud with the boys.

This has a direct bearing on how I viewed my own life, as I began to realise that everything I did, from the clothes I wore to the academic choices I made, was a constant show or performance in order to maintain my identity in the world. I soon realised I did not want to rely on my performed maleness for the rest of my life, just to get through life.

When I started watching the TV series “RuPaul’s Drag Race”, my world was turned upside down. The show is about the art-form called ‘drag’. In a context of still coming to terms with being a homosexual biological male, I was fascinated with the men on TV who had not only overcome the struggle to accept their orientation, but were happily exploring other ‘genders’ too. A bit of makeup here, some clever physics there, and these scraggly dull looking men were transformed into glamorous powerful women! The transformation was staggering, and pervaded not only their appearance but also their personalities. Under-confident, vulnerable gay men were winning the hearts of millions of viewers all over the world as professional feminine and sassy entertainers.

The power of drag gripped instantly. I loved the freedom and self-confidence that came with tearing apart the illusion of gender. Everyone should be able to look, act, think and talk in any way that they liked.

For me, drag became especially about performing magic – something I have always dreamt about, growing up. I love playing with illusion and being anybody I like to. On stage, I have enjoyed transforming my look mid performance or bringing out hidden objects to enthral the audience.

All this was explored more fully in an online drag competition wherein I was tested on some basic aspects such as performing, creating costumes and styling your look. I placed second on the competition, and the incredible affection and support fellow participants and judges gave me was foundational to my own passion for this art-form. I debuted publicly as a drag queen at the night club Kitty Su, and the enthusiasm of the audience that night was quite overwhelming. 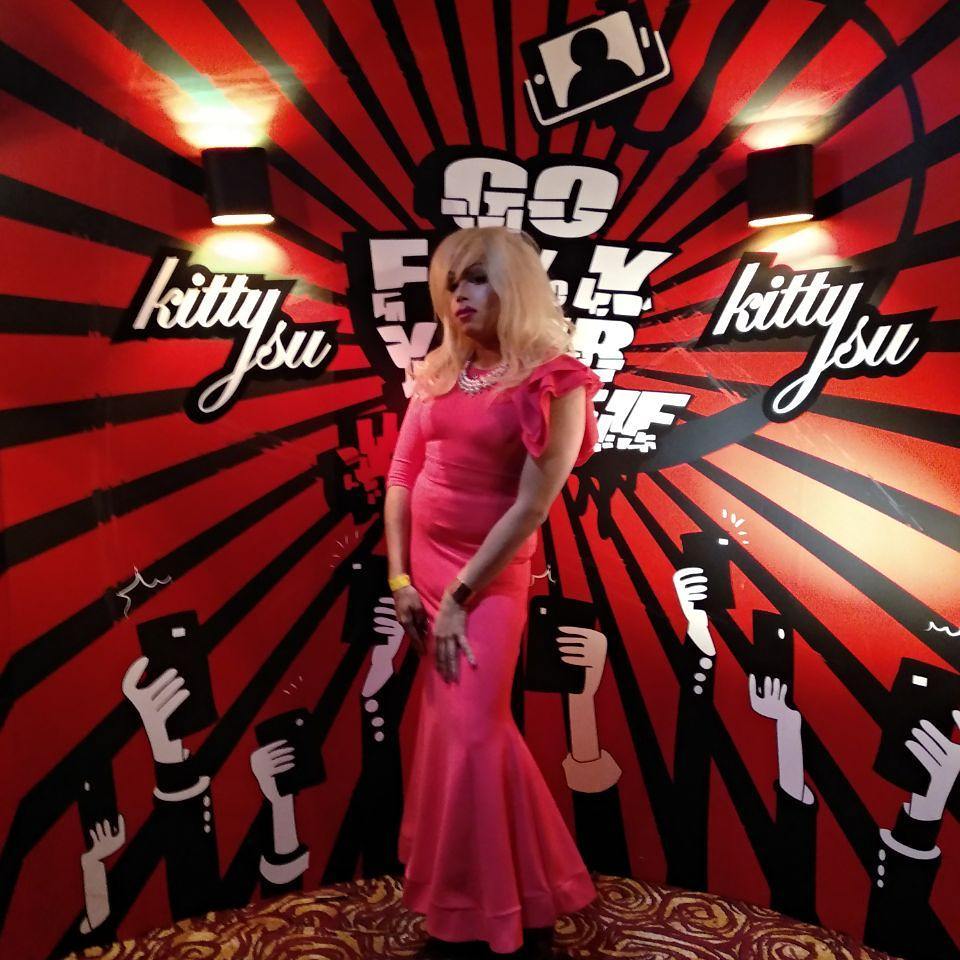 The mainstays of all these experiences have been my close friends who are more than invaluable to me, both as support as well as inspiration.

That most of my muses are women is an automatic and happy consequence of exploring this art form. Female musicians, actresses, comediennes and other artists are my inspiration, and I want to emulate their ways and showcase their power. Getting in touch with my ‘feminine’ self helps us understand ourselves more fully as human beings; outside of the narrow confines of a particular gender rule.

Therefore, although the stress might often be on traditionally subjugated ‘feminine’ values like beauty, creativity and compassionate sociability, drag personalities are truly gender-less souls whose identity centres around the word ‘artist’, instead of restrictive pronouns. As a drag queen, I transform from Kush to ‘Kushboo’. ‘Kushboo’ is my way of re-appropriating the name the bullies at school used to give me. ‘Kushboo’ also portrays a positive happy aroma; much the way I imagine my impact on the world to be.

As drag artists, we hope to revolutionize the status quo to help other people find a new voice. The language of social justice must often be performed in addition to be spoken, and drag enables one to do just that. Why play with only some colours in the box when you can have the entire palette?