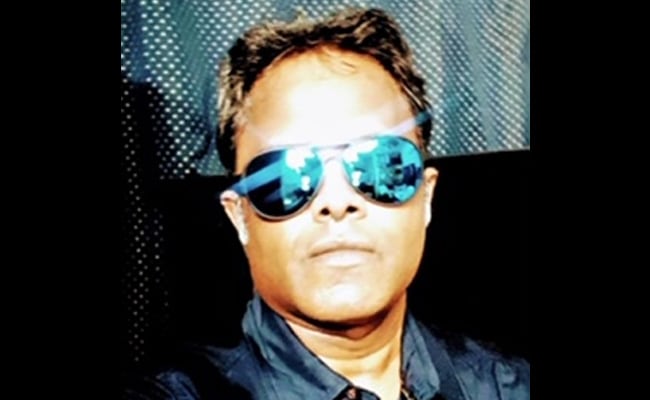 An ex-Indian Army Officer has come out openly through a blog and penned down his experience of being gay – both in the army and outside of it. In a very emotional post (a shorter version of which was published on NDTV), Major J Suresh (Retired) also urged the top military leadership of shunning their homophobia and be better informed and compassionate and give serving gay officers and soldiers their lawful fundamental right to a life of dignity, honour and self-respect.

The Major (Retired) says that he knows that his post might bring him a lot of hate and ridicule, with people even questioning his patriotism or service in the Army, but that he was writing it to initiate a discussion on letting gay men to serve openly in the military needs to start. “I was a loyal, disciplined and upright army officer and I consider myself very fortunate to have had the opportunity to serve in the military, So I am also doing this as a duty to better inform the top military leadership about this rather complex and sensitive subject on which they certainly have a clear stand but have very poor scientific or human understanding.“

He begins by narrating how until his mid twenties, he had suppressed his feelings due to an incident that occurred in his teens. He writes that there was a cute guy in his class whom he would eye at times. The boy seems to have noticed it, and one day, along with his friends, pushed him to the ground and uttered a few expletives to him. While the incident might be considered a minor one, it left a deep scar on him. “It most likely drove home a message – a wrong message – but one that gay kids the world over learn from such incidents of bullying – that what I was feeling was ‘wrong’, ‘bad’ or ‘sick’, and if I continued to heed those feelings it could provoke much worse violence that would only hurt me physically and mentally – and so it was best to ‘conform’. And just like that those feelings got deeply repressed and probably resurfaced not suddenly but slowly through my mid-twenties.”

He then got through the NDA and graduated from the Indian Military Academy (IMA) as a young officer. “I felt no romantic attraction towards or love for anyone. But by my mid-twenties, when those feelings started slowly resurfacing, I started understanding that I was gay,” he writes. His struggle for accepting himself had just begun, and “and the hyper straight world of the army only made it that much more difficult”. He accepted himself in his late twenties, but then had to bear the burden of his secret because Indian Army rules forbid homosexuality. “If I had told anyone ‘officially’ in the army, I could very well have been discharged dishonourably, kicked out. And I was still relatively young – struggling to decide what to do about my situation – I loved the army but I was just beginning to feel that I will not be accepted for who I was. But with no idea on what to do, I had no option but to keep my secret to myself.”

His family had then started pressurising him for marriage. He initially wrote a letter to his parents telling them that he did not want to get married, but that did not stop them from trying to match him with girls. So he finally decided to come out to them, and they took the news well. “My mother initially didn’t understand – so my father explained – and her first reaction after that was – ‘so what you’re still my son and I love you no matter what’. My father said that I needn’t worry and that I will always be part of the family. That was obviously a big relief for me.”

After serving for 11 and half years in the Army, he decided he needed to be closer to his parents. While that was one reason, he mentions that the fact that he couldn’t have served in the army as an openly gay man was also one of the reasons for him to have left the force. “I would be lying if I said that my being gay was not one of the reasons. And though it was not the top reason, fact is I had got tired of my colleagues and more than them, their wives, constantly asking me why I hadn’t got married yet or when was I planning to get married, etc.”

Major Suresh (R) now serves in an equal opportunity company where his peers accept him well. He turned 45 recently and says that the reason he wrote the post in the first part was because he himself struggled for many years with his sexual identity while serving in the Army. “..for so many years, I have struggled with reconciling the ex-military part and the gay part of my identity – as if the two can’t/don’t fit together. But I have slowly realized that this was an absolutely unwarranted struggle that I had subjected myself to… I probably didn’t even think of coming out earlier only because I was ex-military – as if my coming out would somehow be detrimental to the image of the army. I realize now I was so wrong to think that way…”

He also says that the homophobic utterances of Chief of Defence Staff (CDS) General Bipin Rawat in 2018 ((then the Indian Army Chief) after Supreme decriminalised homosexuality had left him extremely disturbed.  “I would like to remind the sexagenarian general (obviously expected to be regressive in his thinking), that the army is not his royal inheritance that he can choose to run the way he pleases – it is an organization which owes its existence to the highest law of this land, the Indian Constitution and those serving in it, including serving gay personnel, are citizens of this country who have rights – and while some of the rights of those serving in the military may be rightly curtailed (like rights relating to freedom of speech and expression, freedom of assembly, and freedom to form associations and unions) – but he can NOT take away the fundamental right of serving gay men to a life of dignity, honour and self-respect and he also can NOT deny the right of LBBT military aspirants to serve openly in the future.”

He urges General Rawat to reconsider his position:  “Sir, please don’t forget that all those concerns you have about gay men – effect on cohesion, morale etc, – all these arguments were been put forward against inclusion of women in the Indian military and so many other militaries throughout the world and against inclusion of blacks in the US armed forces and so many other militaries. Time has proved that all those concerns regarding inclusion of women, blacks and other excluded groups in various militaries were baseless and ridiculous to say the least. The only thing that matters is – Is the individual a team player, is he capable, professional, fit & disciplined?“