My Gender Is Not Separate From My Race 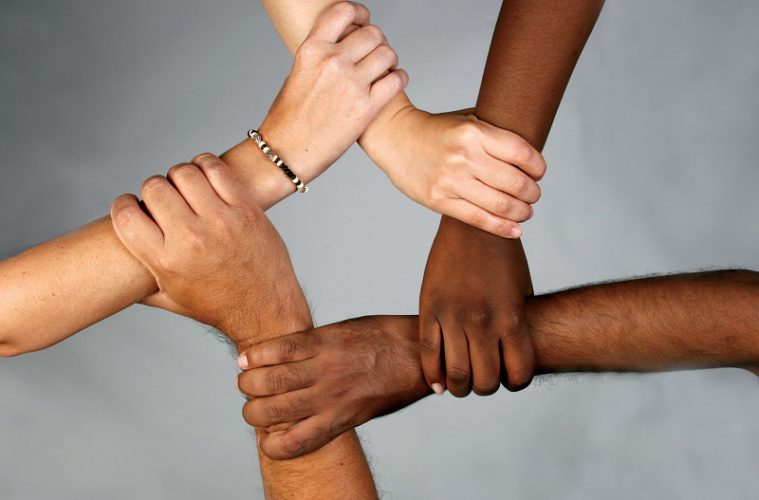 The other day I was asked on Grindr by a cute young white boy, “Why do you bring race to everything?” For a couple of moments I wondered if I should try to educate him, knowing what resistance would await me, or should I give back a cute “aww” to his white fragility. Instead, I took a deep breath and tried not to block him, partly because I wanted to fuck him and partly because unlike him I do not believe by blocking him I will be getting rid of those questions. So I asked him, “Why don’t you? Have you ever thought how every person of colour you talk to becomes brown, black, Asian, Middle Eastern etc. but a white guy is always a dude?” His answer was short and I want to say insightful, he said, “Interesting.” I try not to get upset by these comments anymore, I really try to. Comments and attitudes where I often become the weirdo or the wondrous raging talking head who is a great potential  friend or a fellow comrade in “learning”, but never someone equal, someone who can be loved or desired. Just a preference I was told.

Anyway today I was asked to talk about my gender, and I started with race. I guess that Grindr boy and several others have some truth to their comment: “Why do you bring race to everything?” I wish I could be as colour blind; I guess life will be easier. But I do not have that privilege, my brown self follows me, clings to me, like the aroma of my Bengali cooking does to my winter coat. So it is not possible for me to talk about my gender and gender presentation without talking about my race.

Before I explore my relationship with “masculinity” and my beard and chest hair and my skinny jeans and nose ring, let me position myself. I was born in a Hindu Brahmin family in India, the third and last child after two daughters. My family is a weird mixture of amazing amount of education for generations pointing to my caste and class privilege, and at the same time the financial ups and downs that we experienced in patches. For a very long time after I was born, I was the only male kid in the entire family. Hence, since the moment the umbilical cord around my neck was cut, I was expected to grow up in a very certain way, and reproduce. I wonder if that wrapped around umbilical cord was just a coincidence or my resistance to come to a world of expectations that I knew I will fail. From very early on I realized that there was something tremendously “off” between the male expectations I was born into, and my love for my mother’s saris and jewelry and make up and playing home with my sisters. My mother and sisters always let me be what I was in spite of my father’s masculine and ever angry tone. Hence I wore my mother’s black and golden Dhakai sari until I was in my early teens. And finally when I stopped, it was not particularly because my mother took it away, but because I looked around and saw there was no other guy who was like me. The sense of isolation created a fear and I gave up my child play. The next step was to find what “men” did, thank god in my culture men still cried. I would not trade my title “the princess of the dark clouds”, lovingly given by my sisters, for anything.

I learned, to be a man you need not concentrate on your looks, instead you wear shabby clothes, grow bigger to physically claim space, and most importantly you are always quiet but in charge. You open your mouth only to give advice and guidance which will save others.

I learned, to be a man you need not concentrate on your looks, instead you wear shabby clothes, grow bigger to physically claim space, and most importantly you are always quiet but in charge. You open your mouth only to give advice and guidance which will save others. The last part was tough for me, with my high pitched voice and nonstop giggle, I was the odd kid. So odd that my thick moustache, 200 lb solid existence and my shabby clothes, nothing could hide my complicated relationship with masculinity. By mid 20s although I kind of perfected the art of staying quite, not out of my will, but out of the shame and pain that came with the grins that my voice and tone attracted in class, in public transport and in family. I was to a lot just an over grown kid who will harden up once the situation comes. And situations were showered on me, my father’s depression and the violence at home, his effort to end his life and the blame game that my extended family framed against my mother and me, my parents separation and my countless love affairs and heart breaks with guys. The last thing could never see the light of the day, never spoken about, never mourned in public. To be born gay deserves silent good byes to loves, I sincerely believed. But things were changing, slowly but were certainly changing. Guys were noticing less of my feminine walk, my nasal voice, and I was becoming the alpha male top guy in our community, thanks to my body hair. Was I totally comfortable with it? Of course not, but I craved respect and acceptance, and if my hair gave me that, I took it without question. I was finally an ever wise and often insensitive male.

In my life, whenever I felt comfortable with anything, things have changed dramatically. Just when I was getting comfortable with my new found love and my artificial masculinity, the offer to cross the seas came with my first job. Destination? The land of milk and honey – USA. There was no question of consideration; gay marriage was legal in California! Although my naïve mind ignored the long distance between Castro and the Bible belt of the South, where I ended up. Now being a man in this part of the world meant something different, especially in the gay white men circle. Your body weight does not stand for your masculinity anymore, instead often it becomes a joke, and then circulates on skinny white folks Facebook wall, creating laughter, just for fun, no offence. The second thing that changed the moment I got here is the racialized masculinity, which of course equated with having a big dick and being able to fuck for hours.

Now being a man in this part of the world meant something different, especially in the gay white men circle. Your body weight does not stand for your masculinity anymore, instead often it becomes a joke, and then circulates on skinny white folks Facebook wall, creating laughter, just for fun, no offence. The second thing that changed the moment I got here is the racialized masculinity, which of course equated with having a big dick and being able to fuck for hours.

My geographical locus made things a little difficult and confusing, for some I was the epitome of masculinity with my hair and somehow Middle Eastern heritage. Others demanded some sort of racialized smooth, submissive bottom, femininity because of my proximity with “Asia”. Stuck in this tug of war between what was expected of me and what I was, one thing that I forced myself into was to lose weight. I ran, I starved myself and ran 4 miles every day, till my bones ached, my muscles tore. But I still ran, without questioning how this definition of skinny or muscular masculinity immediately imposes discrimination and racial binary, the white desirable dudes and the others.   But can I blame myself for this? After all, all I wanted was acceptance, love, respect and sex. As I approached the finish line of losing 60 lbs in 6 months, there awaited the same white dudes who once found me too dark and ugly, but this time ready to spend one night with me, just one night though; I was still not worth more than that in their eyes.

It has been five years now that I have lived in this continent. The world has changed fast, now skinniness complimented with fairness constitutes male beauty in my home land, thanks to global capitalism.  In the mean while I have moved north to another country where marriage equality was worked out ten years back. Equality is a funny word though, it still cannot take away concepts like illegal people, disabled, too queer, terrorists and so on. But at least the white skinny gay men can marry and buy a property in the suburb and have a gayby I guess, the diversity quota thus fulfilled. Sorry I did not talk about masculinity, or about my gender. Perhaps I do not know what to tell you. My gender is not separate from my race and from my privileges and oppressions. So let me end with a question to you white skinny cute boys. “Do you ever wake up in the morning, horrified, and ask yourself why is everyone so white here?”.

Sambuddha Banerjee
Sambuddha identifies as an angry, brown, femme, queer person who is comfortable with he/she/they pronouns. He teaches chemistry in a corporate university and organizes queer hangouts in Kolkata. Acquaintances describe sambuddha as too politically correct, although he insists he lives his politics. Sambuddha strongly believes in challenging civility and uses rage as a tool to social change.