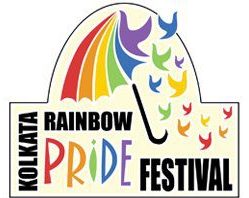 Kolkata based group KRPF (Kolkata Rainbow Pride Festival) is organizing an “adda” session on Feb 24th at Academy of Fine Arts to discuss violence that LGBTQ people face in the society and within the community and their relationships, and also talk about gender based violence affecting the society at large. The event comes close on the heels of an increase in cases of sexual and gender based violence in the society, and an uproar against the same  after the infamous gang rape of a young woman in Delhi last year.

The first installment of the KRPF Adda last year discussed about transgender issues and had various activists and personalities talking about things affecting trangenders.  This year, the focus would be on violence faced by the LGBTQ people in India. “The Adda is basically a series of informal and interactive dialogues on issues that are pertinent to LGBTQ individuals in particular and society in general,” a spokesperson of KRPF said. “We will deliberate on how violence affects the LGBTQ milieu. At times violence is apparent and at other times it is garbed. Today violence seems to have become an inevitable part of the social construct and structures; and often springs from inherent patriarchal or misogynistic structures,” he added.

The event will be attended by eminent social activists, lawyers, psychologists and media experts. The speakers include Anis Ray Chaudhuri (Gender & Sexuality Rights Worker), Chapal Bhaduri (Eminent Theater Personality), Debalina (Film Director), Jolly Laha (Mental Health Expert), Kaushik Gupta (Advocate, Kolkata High Court) and Minakshi Sanyal (Activist & Co-founder of Sappho For Equality). “We will talk about how violence affects me, you and us. We will also talk about how some of us have coped with it and emerged stronger. We will discuss how to find ways out of the pain and darkness that violence brings along, towards the joy of liberation,” read the Facebook Event page description.