An Open Letter to CarryMinati – Stop Your Homo/Trans Phobia

I came across a few videos with absolutely disgusting homophobic content, content so focused on extremely obsolete ideas of masculinity that it makes me cringe.

I didn’t watch any of #CarryMinati’s content until some of it was brought to light by fellow community members. Of course your cis (please consider Googling if you do not know what that means, it’s high time!) heterosexual privilege has gifted you a life where you would never have to deal with even an ounce of ostracization. You would never know what it means to be looked down upon by sometimes even your own family for doing absolutely nothing. Perhaps you don’t understand, perhaps you don’t want to, but sometimes you do not have to understand to support.

Your videos are watched widely by a sizeable proportion of India that is on the internet. As a content creator (I’m sure you’re smart enough to know) you have a shared responsibility. Especially at a time where India is clearly battling with providing its minority groups the bare minimum, it is a reminder that one holds a shared responsibility. For any individual who has the capacity and the reach to do any good must take a step back and reflect on one’s actions, and do what you ought to do. We live in a country where most parents of queer individuals are so filled with the narrow societal concept of what it means to be the the perfect man and the perfect woman, a toxic mentality that often does more harm than good to everyone, gay and straight alike.

Perhaps you never met someone who could tell you why your words could hurt a world where homosexuality, being trans, or for that matter being queer is someone’s reality. A reality that has taken us ages to come to terms to, having lived and endured a life of shame and guilt for simply being. Perhaps you’ve never met a strong, powerful dignified and femme (yes femme and dignified can and must go hand in hand) gay man who could tell you, you can do better. Being gay, being femme or not, isn’t a euphemism for indignity. No, we’re not mere caricatures. That your content mustn’t be at the cost of someone’s mental sanity and a hindrance on their way to self acceptance and a happier, much more fulfilling life is a need of the hour. And therefore I surely do not choose to vilify you.

I lived in an Engineering college surrounded with boys and girls alike with half baked to almost no knowledge of what it means to be queer, and I made the choice to transform their past experiences and knowledge of the community into a more positive and accepting one. It takes a lot of effort to build an environment that simply accepts us without any judgement, and that’s a very taxing thing to do. Perhaps you too could take a step towards acceptance, towards zero content poking fun at a community you clearly do not understand.

Because words do have power, and with empowering words we can choose to make a positive difference, for you, for us.

PS: And hey, if you think I’m being too picky for writing this letter, then let me tell you that queer individuals have the thickest skin, ask someone who never grew with a sense of dignity, a fundamental right that many of you have, but some of us were never made to believe in. I write this letter for a country filled with queer individuals, some of whom very young to even realise the battle that is ahead of them in a world filled with toxic notions of gender (and that is not the same thing as sex). No they do not have to undergo the same plight as a young Anwesh did. We fight today, so another queer kid tomorrow has a better life at school, and more positive memories with his/her/their friends.

From a gay man who earned his stripes 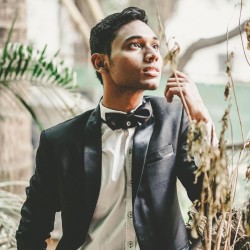