Homophobia has No Place in Sikhism

On 26th January, India’s first transgender band launched their second song along with Sonu Nigam. The song titled Sab Rab De Bande, was derived from a famous shabad from Guru Granth Sahib, the holy book of Sikhs, also worshiped as the living Guru by the Sikh Community. Written by Saint Kabir, it has been included in Guru Granth Sahib, and signifies the amount of importance Sikh Gurus placed on the fact that all human beings are a creation of God and are equal.

While the song uses only two lines from the Bani, it would be worthwhile to reproduce the complete bani here:

(God created light of which all the beings were born

And from this light, the universe; so who is good and who is bad)

(The creation is in the Creator

And the Creator is in the creation)

(The clay is the same, but the designer has fashioned it in various ways

Whoever realises His command, knows the One Lord and he alone is said to be the Lord’s slave)

(The Lord Allah is invisible and He cannot be seen; the Guru has blessed me with this sweet brown sugar Says Kabir, my anxiety and fear have been taken away; I see the immaculate Lord pervading everywhere)

And yet, as the marginalised transgender community of India was trying to gain acceptance by using the shabad and message of equality of Guru Granth Sahib, the Dharam ke Thekedars, were out to undermine the very core message and the most essential tenet of Sikhism- equality and inclusiveness.

Major newspapers across India reported on the SGPC’s decision of not honouring Ontario Premier Kathleeen Wynne during her visit to Golden Temple because of her support for same-sex marriage. Wynee is also openly lesbian. SGPC president Avtar Singh Makkar even said that “Offering her (Wynne) a ‘siropa’ would be against Sikh ethics”.

It must be pointed out that while announcing their decision not to present Wynne with a Siropa, neither the SGPC, nor anyone else has cited on what theological basis have they made the statement? One would expect that when such a body makes a decision which will affect millions of LGBT Sikhs, they would base their decision on the teachings of the Gurus, or the banis composed by them. Yet, alas, their own biases and homophobia is passed off as “Sikh ethics” without quoting from any of the Granths, or the teachings of the Guru.

The first opposition to same-sex marriage from within the Sikh religion came in 2005 when Akal Takht jathedar Joginder Singh Vedanti issued an edict asking Canadian Sikhs to oppose same-sex marriages in the country. The statements by the Jathedar in 2005 lacked complete understanding of homosexuality, which he called as “anti-human tendencies” and apart from (mis)using his position to voice his own homophobia, he or the SGPC, have never gone on to explain on what theological reasoning have they come up with such an edict. Their oft repeated statement of “Sikh religion does not accept same-sex marriage” doesn’t stand a chance if they were ever to base it on the teachings of the Gurus.

In this respect, I would like to revisit three lines from the Shabad above:

These particular lines (refer to their meaning above) are nothing but celebration of diversity in Nature. These lines assert that different people have different traits, and there is nothing wrong with either those people, or the Creator who made them, and God resides in all of them. These traits, among other things, would also include sexuality. Yet, the High Priests of Sikhism have been too blinded with their own homophobia to look at how Sikhism embraces diversity and doesn’t discriminate among humans. There are countless other hymns, shabads, and banis that exhort the message of universal brotherhood and human equality.

Another great virtue of Sikhism is the emphasis on self-acceptance. Sikh philosophy also exhorts its followers to accept the self that God created. It is this philosophy that forbids them from cutting their hair or trimming their beard, and changing their true god-gifted self. Acceptance of one’s sexuality, which is inborn (and may I say God given), is thus also essential to the acceptance  that Sikh teachings preach. When leaders of the SGPC issue statements condemning homosexuality, they are basically asking LGBT Sikhs to not accept the way God made them, and any attempts at “changing the sexuality” are nothing but going against the will of the Creator. 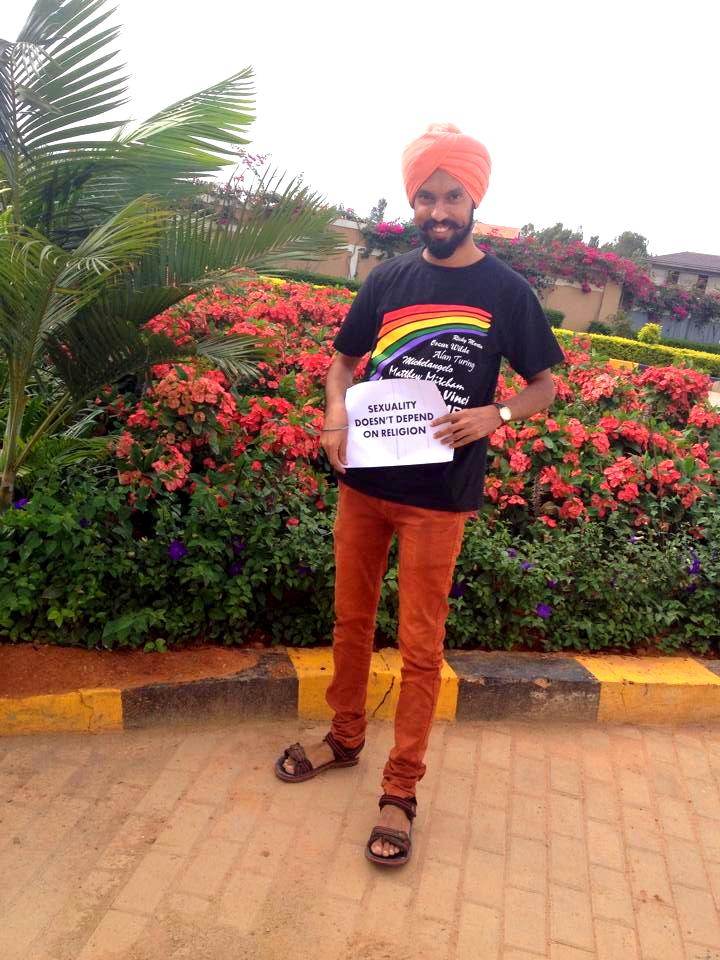 Sexuality is a human trait

The SGPC chief says that offering a siropa to Wynne would be against “Sikh ethics”. Which particular Sikh ethics would have been violated by honouring her? Was she being denied a siropa because she is a Lesbian, or was it because of her support of same-sex marriage? In the absence of any clarity, one must look at how this decision went totally against the ethos of the Sikh religion. If she was being denied the honour because she was openly lesbian, then there could not be a more shameful act on their part. All throughout their lives, and through their teachings, Sikh Gurus have taught about treating everyone equal. At a time when caste, gender and religious discrimination were at their peak, Sikh religion taught the concept of Langar, to uphold the principle of equality between all people of the world regardless of religion, caste, colour, creed, age, gender or social status. While keeping with Sikh traditions and norms, Wynne was not stopped from visiting the Golden Temple or the Langar Hall, if the decision to not present her with a Siropa was because of her sexuality, it is akin to discrimination, something Sikhism clearly forbids. If even for a minute one assumes that her sexuality stood against Sikh teachings, one must ask, has the SGPC “never” offered Siropas to people who drink alcohol, or smoke, or have cut their hair short? Surely theses are things which Sikhism clearly prohibits, and a person engaging in these is going against Sikh ethics. Many a world leaders, eminent personalities, have been honoured with Siropas at the Golden Temple. If Sikh ethics weren’t violated then, how are Sikh ethics getting violated now? 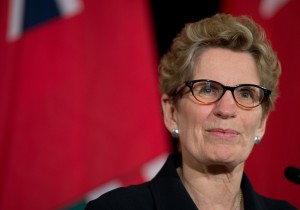 The other, and the more widely shared view of the decision to not honour Wynne with a siropa was that it was because of Akal Takht’s opposition to same-sex marriages. Wynne, it was reported, is a strong supporter of same-sex marriages in Canada. It is ironic though that SGPC or Akal Takht should oppose same-sex marriage, given that Sikhism prescribes a “Gristi jeevan” (married life), unlike many other religions where brahmacharya/asceticism is given a higher status. The Sikh Marriage ceremony, called “Anand Karaj” means “Blissful Event” and marriage is considered a union of souls. Soul in Sikhism is genderless, and the Lavan (marriage hymns) sung during the wedding are more about commitment to God and are genderless as well. It is baffling then that the same “gristi jeevan” is being opposed by SGPC for couples, who happen to be of the same-sex.

Naam japo, Vand Chhako, Kirat Karo, meaning, meditate, share with others what you have, and and lead an honest life, are the three main pillars of Sikhism. Sikh religion also places a great deal of importance on Seva, or, serving humanity. This is a religion which has always stood up for the rights of the persecuted and minorities. The only religion whose Holy Book Guru Granth Sahib incorporates teaching from other Saints of other religions as well. The 9th Guru of Sikh religion sacrificed his own life to protect another persecuted minority. Yet today, in stark contrast to all that which forms the heart of this young and beautiful religion, those who are supposed to hold up to the values of these religious teachings, are turning their back to another persecuted group, another minority- the sexual and gender minority. One must remind them, that this blatant homophobia is not condoned by Sikhism, and they should stop passing off their own personal biases as Sikh ethics. A true Sikh is a learner, probably it is time they start learning a few things about sexual minorities as well.