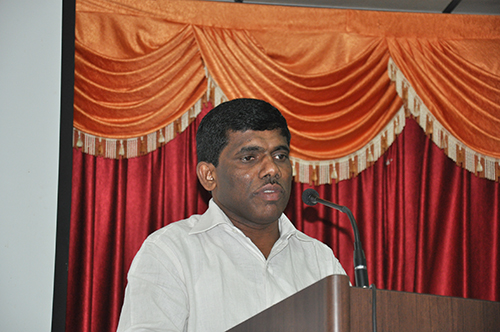 Goa Government is contemplating setting up of gay cure centres to “rehabilitate” LGBT youth, state Sports and Youth Affairs Minister Ramesh Tawadkar told The Hindu. These centres would be on line of Alcoholic Anonymous and LGBT youth will be made “normal” through medicines and physical trainings.

Mr. Tawadkar was quoted as saying,“We will make them normal. We will have a centre for them. Like Alcoholic Anonymous centres, we will have centres…,” The Goa State Youth Policy 2015, where Mr. Tawadkar was speaking to on the occasion of National Youth Day, lists “stigmatised” LGBT youth as one of the many “target groups”which required “focused attention”.

Hinting on the role of these gay cure centres, he said, “We will train them and (give them) medicines too.”

Like in the case of other “target groups” such as juvenile offenders, drug afflicted youth, marginalised or migrant youth, geographically disadvantaged youth, a detailed survey would be carried out among state LGBT community, so that their problems could be specifically addressed, he said