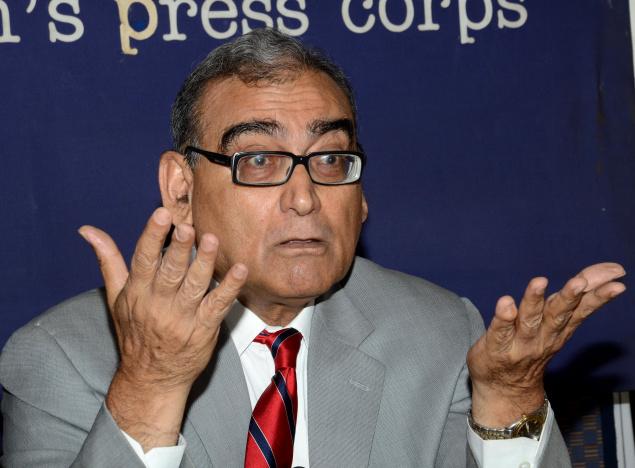 Justice Markandu Katju is no stranger to controversy. He has raised many eyebrows before, when he called “90% of Indians as stupid”. He has gone many steps further this time with his claims on homosexuality (and women). Ironic as it may be, Justice Katju calls himself as a proponent of freedom of expression, but blocks people on his page who tend to differ with his views, or point out his fallacies.

In a post titled “Gay Relationships and Gay Marriages” on his Facebook page on 26th Dec 2014, the learned Justice expressed his views on the topic and said, “Nowadays there is a lot of talk of gay relationships and gay marriages. To my mind it is all humbug.and nonsense. Will a gay relationship or gay marriage serve nature’s requirement of continuing the species ?” In the same post, he also defined the “natural” role of women, which is to produce children. According to him, it is women who “pursue and catch a mate, who will then look after her while she is performing nature’s serious and vital function of continuing the species.” Single women, he said, were prone to psychological problems.

Needless to say, the post attracted a lot of criticism for the blatant misogyny and homophobia, with people pointing out how biased and uneducated he was on the topic. Justice Katju responded by blocking many people on his page, and later played the victim, and said that many people had called him a homophobe and idiot, and that he was entitled to his views. He said that according to a new definition of modernism, “if a man ‘ marries ‘ another man , or a woman another woman ( whatever that may mean ), it is being modern, but if a man marries a woman that is being backward and retrogressive !” He also said it was “common sense” that a woman marries a man. Not one to be cowed down by the reactions, he followed it up with another post that gave a 5 step guide to decide that producing children was the natural role of women and gay marriages couldn’t achieve this. After same-sex marriages were legalised in Florida recently, he again posted on his page, comparing homosexuality and bestiality. 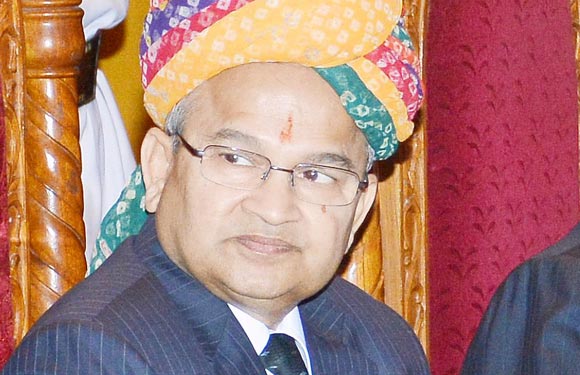 Justice Katju’s views cannot simply be dismissed off as another rant of a biased individual. It must be seen in the wake of the re-criminalisation of homosexuality, and the fact that he was a Supreme Court judge once. Justice Katju was presented with many arguments and facts by his followers, but the stubbornness of the ex-judge was phenomenal. He refused to acknowledge his own biases and lack of knowledge on the matter, and with each post, just went on to show the deeply misogynist and homophobic views that he holds. Interestingly, the judges that decided on the Sec 377 in Supreme Court seem to have held similar views, and refused to change their stance despite the voluminous evidence placed before them. What is of significant importance is that during the hearing, Justice Singhvi had said that he knew no gay person, that he had never met or interacted with anyone. During the hearing too, the judges had asked many questions pertaining to sexuality, some very basic, some more nuanced. Not surprisingly then, the Justice Singhvi, on the day of his retirement, pronounced that Sec 377 doesn’t violate any constitutional rights and derided the LGBT community as a “miniscule one”. A miniscule minority whose dignified existence they were not concerned with, and who, probably in their view, did not deserve any rights.

Homophobia is not the only highlight of Justice Katju’s post. Misogyny is another important aspect of it. Rather, the posts throw light on the patriarchal notions that the judge seems to hold. From viewing women as nothing more than “child bearing” machines, to saying it is common sense that a woman had the urge to marry and produce children, patriarchy seems to rule the roost here. It is not often that we get to know the views of judges, and Justice Katju’s posts must be viewed in the larger context, especially when our courts routinely give out judgements asking women to “follow their husband like Sita“, weakening the anti-dowry law, to upholding discriminatory retiring age for air hostesses and telling “there is nothing objectionable for air-hostesses to wish for a peaceful and tension-free life at home with their families”. For a long time the judges would dismiss rape cases on the presumption that there were no injury marks on the body of the woman, or that she did not “resist enough”. The courts on their part have tried to champion women’s rights, be it through the Vishaka judgement, or the NALSA judgement. But time and again, patriarchy seeps in.

With our judges holding such deep seated patriarchal, homophobic and misogynist notions, how can one expect a fair judgement from the courts? While the honourable judges are supposed to give an impartial judgement based on facts and evidences, it is no secret either that the views and beliefs held by the judges often influence their judgement. Probably then, an effort should also be made to sensitize the judges towards gender and other issues, otherwise we will keep having judgement that do nothing more than re-inforce traditional patriarchal roles and take away the rights of both women and sexual minorities.