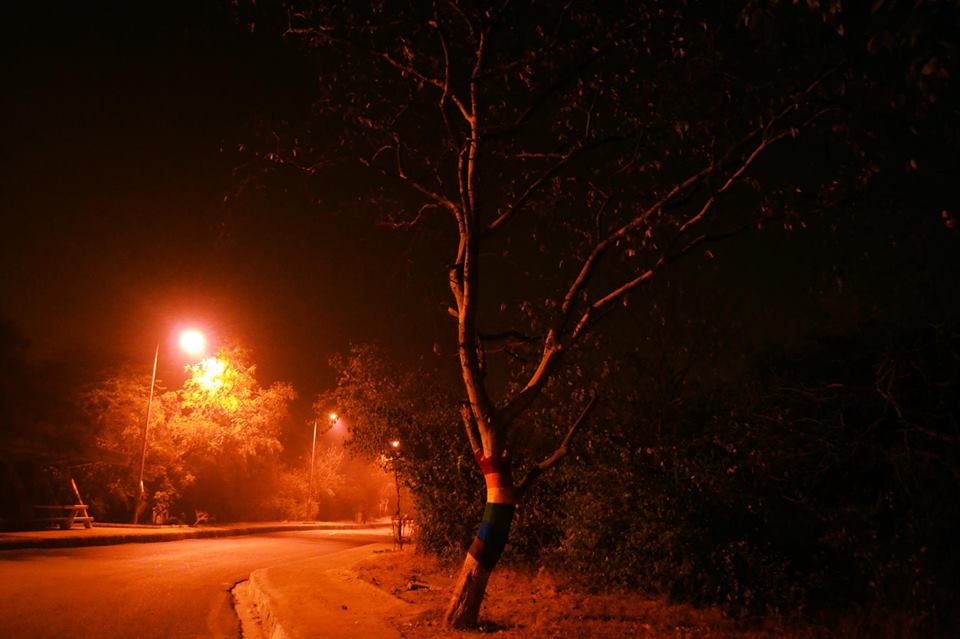 In the wake of a rainbow tree vandalised on 28th November, 2014 in Jawaharlal Nehru University campus, one of the most liberal and progressive universities of India, queer and progressive students of JNU are organising the “Rainbow Walk: Queering the Campus” on 9th January at 4 pm from Ganga Dhaba to the entire campus.

According to the organisers, the rainbow tree at the first T-Point of the campus was created “to protest against the December 2013 verdict and also to celebrate one’s right to sexual freedom and identity.”

JNU is a university which has seen queer collectives on campus since 2003 when the country had barely started talking about LGBTIQ issues openly. ANJUMAN was started in 2003 and DHANAK is the only vocal queer group on campus currently. The organisers have also said that queer students and queer collectives on campus have perpetually faced discriminations and humiliations from opposing forces within the campus unfortunately including “members of the JNU administration”.

The organisers appeal not just students and faculty to join the walk but also “shopkeepers”. 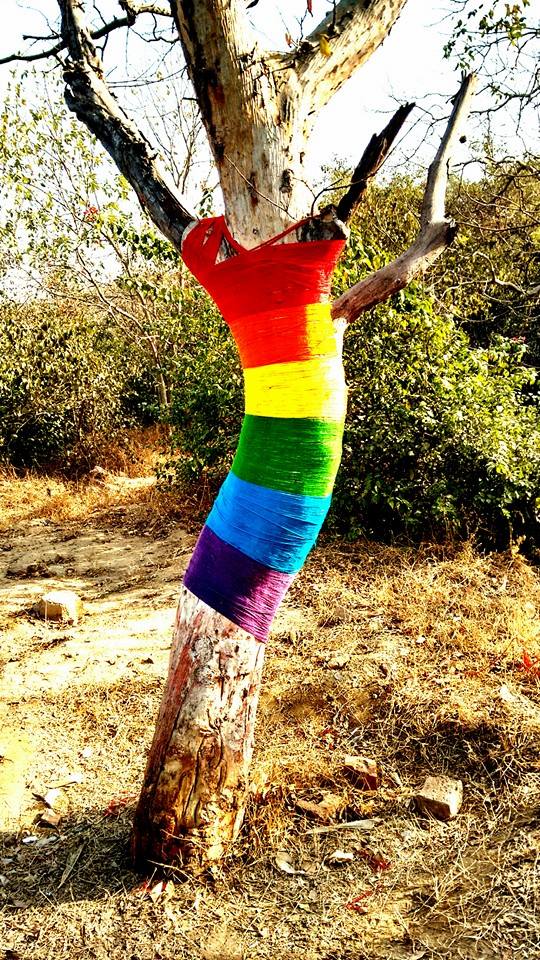